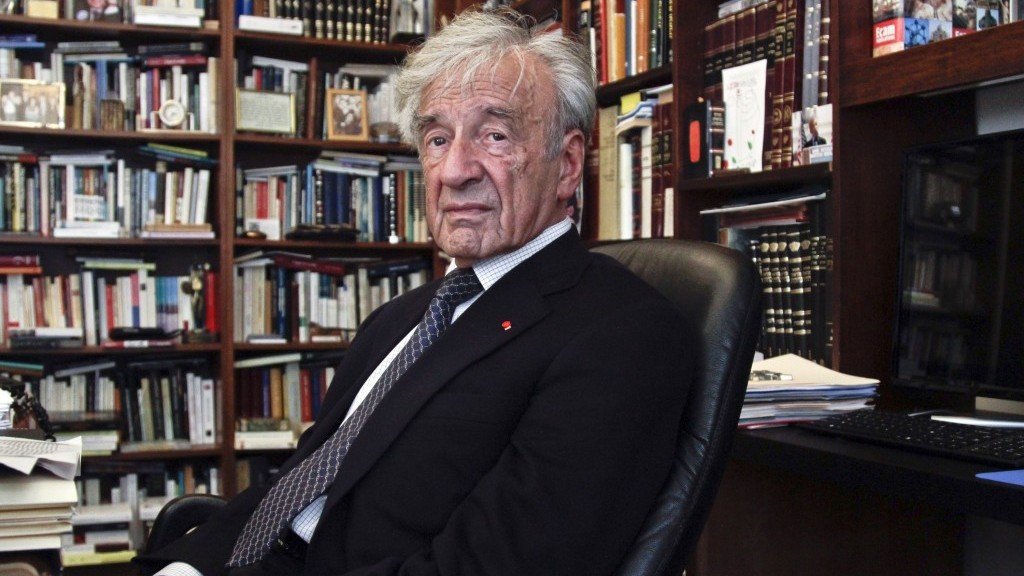 The London Times refused to run an ad featuring Nobel Prize winner Elie Wiesel speaking out against what the ad says is Hamas’ use of children as human shields.

The ad is sponsored by The Values Network, which was founded by Rabbi Shmuley Boteach. It has run in The New York Times, Washington Post and The Wall Street Journal, among other U.S. newspapers. The rejection was first reported by the New York Observer.

The London Times refused the ad because “the opinion being expressed is too strong and too forcefully made and will cause concern amongst a significant number of Times readers,” according to a statement from a representative of the newspaper, the Observer reported.

Hundreds of Palestinian children were killed in Gaza, according to Palestinian sources, during Hamas’ latest conflict with Israel. Hamas was accused of placing munitions and fighters in areas near children.

Headlined “Jews rejected child sacrifice 3,500 years ago. Now it’s Hamas turn,” the ad began running last week. It reads, in part: “In my own lifetime, I have seen Jewish children thrown into the fire. And now I have seen Muslim children used as human shields, in both cases, by worshippers of death cults indistinguishable from that of the Molochites.

Countering the London Times statement, Boteach said in his own, “Elie Wiesel is one of the most respected human beings alive, a Nobel Peace Laureate, and is the living face of the Holocaust. No greater expert on genocide exists in the whole world.

“His call for the end of child sacrifice by Hamas, who use children as human shields, and a stop to their genocidal charter, which calls for the murder of Jews everywhere, could only offend the sensibilities of the most die-hard anti-Israel haters and anti-Semites,” said Boteach.