The discovery was made after pottery shards discovered several months ago, during construction to widen the Jerusalem-Tel Aviv Highway, led archaeologists to continue their excavation. 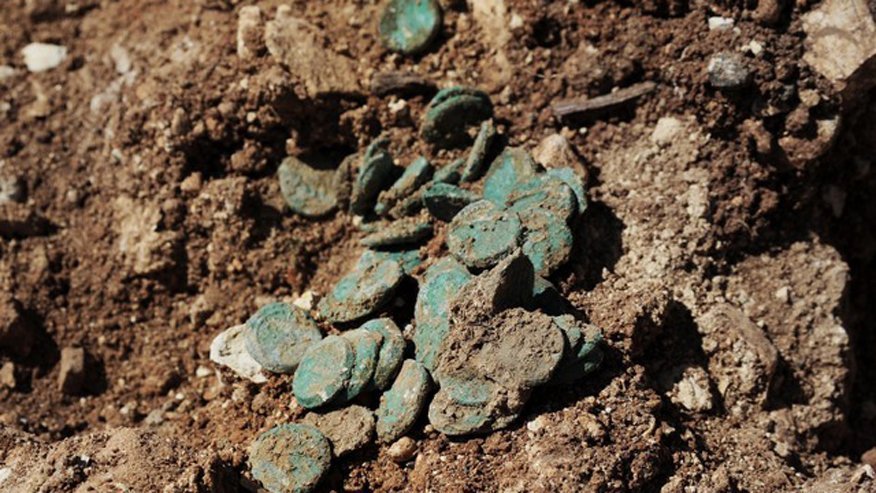 The hoard as it was found in the excavation.Vladimir Niihin/IAA

“The hoard, which appears to have been buried several months prior to the fall of Jerusalem, provides us with a glimpse into the lives of Jews living on the outskirts of Jerusalem at the end of the rebellion,” said IAA excavation directors Pablo Betzer and Eyal Marco in a press release. Constructed by the legendary builder of ancient Jerusalem King Herod, the Second Temple was a holy place of worship for the Jewish people, where the Dome of the Rock stands today.

Inside of a buried ceramic box in one of the settlement’s houses, researchers found 114 bronze coins dating to the fourth year of the Great Revolt by the Jews against the Romans before the destruction of King Herod’s Temple in 70 AD. 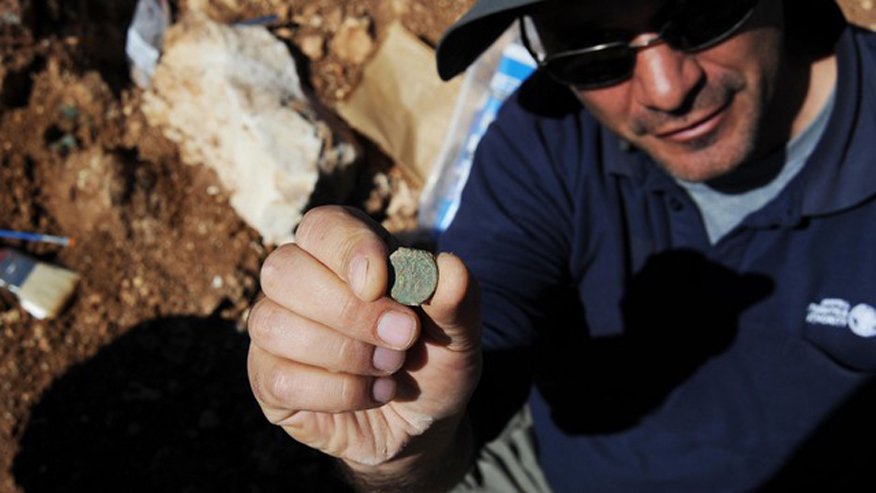 Pablo Betzer, IAA District Archaeologist for Judah, with a coin from the Year Four of the Great Revolt.Vladimir Niihin/IAA

“Evidently someone here feared the end was approaching and hid his property, perhaps in the hope of collecting it later when calm was restored to the region.”

All of the coins are stamped with a chalice and the Hebrew inscription, “To the redemption of Zion” on one side. The second side contains a motif of a lulav (a bundle made from closed frond of the date palm tree, myrtle and willow branches) and an etrog (citron fruit), items used during the Jewish holiday, the Feast of Tabernacles. The second side also reads, “Year Four” in Hebrew.

The IAA’s announcement of the discovery coincides with the Ninth of Av, the Hebrew date where Jews commemorate the destruction of the Second Temple.

The IAA and the Netivei Israel Company are working together to preserve the ancient village while they develop the highway.

← Many Israelis get top-secret ‘news’ from WhatsApp: poll
BILL WHITTLE: THE CASE FOR ISRAEL →