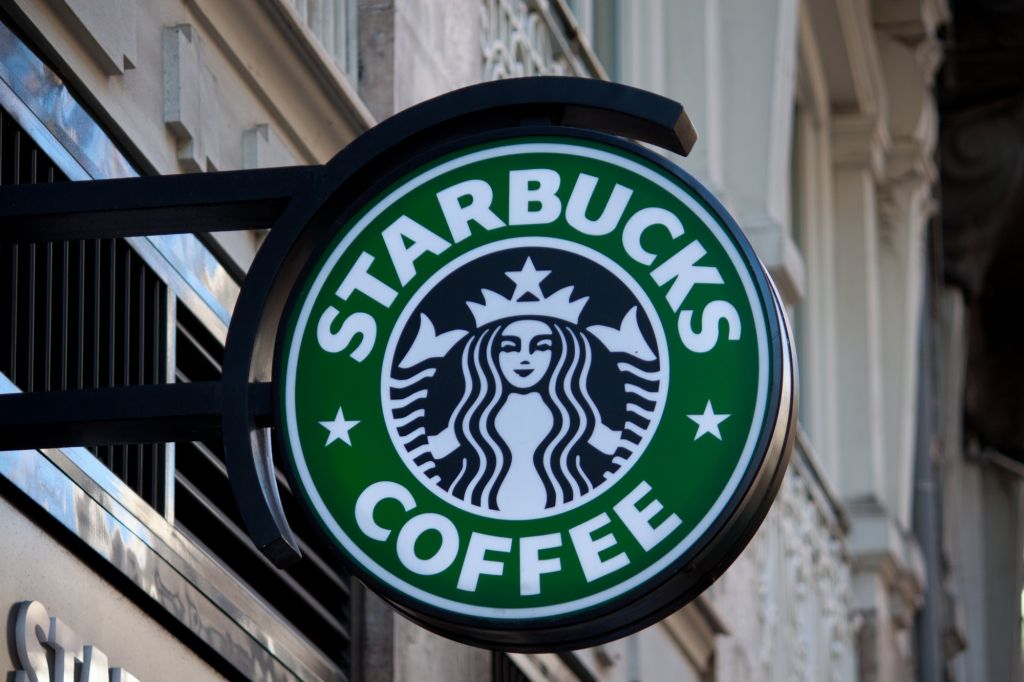 Global coffee giant Starbucks vehemently denied last week that it provides any financial support to Israel or the IDF. That could be because it never succeeded in selling many espressos or Frappuccinos in the land of the hafuch, the local version of the latte.

The Seattle-based coffee maker opened six stores in Tel Aviv in 2001, only to close them just two years later. The company said at the time that it closed the stores due to “ongoing operational challenges that we experienced in that market.”

It may have had more to do with Israelis not liking Starbucks coffee.

The Seattle-based coffee maker, which started as a fledgling coffee-bean shop, was revolutionized by CEO Howard Schultz in 1988 after he visited Milan and copied the Italian model of espresso bars as a place for meeting and drinking coffee.

He quickly expanded Starbucks, changing the way Americans drank their daily cup of java. The $5 Frappuccinos and $4 lattes quickly became national habits, as did Starbucks’ cafe culture, with customers learning how to set up shop with laptops and muffins while sipping their morning cuppa. 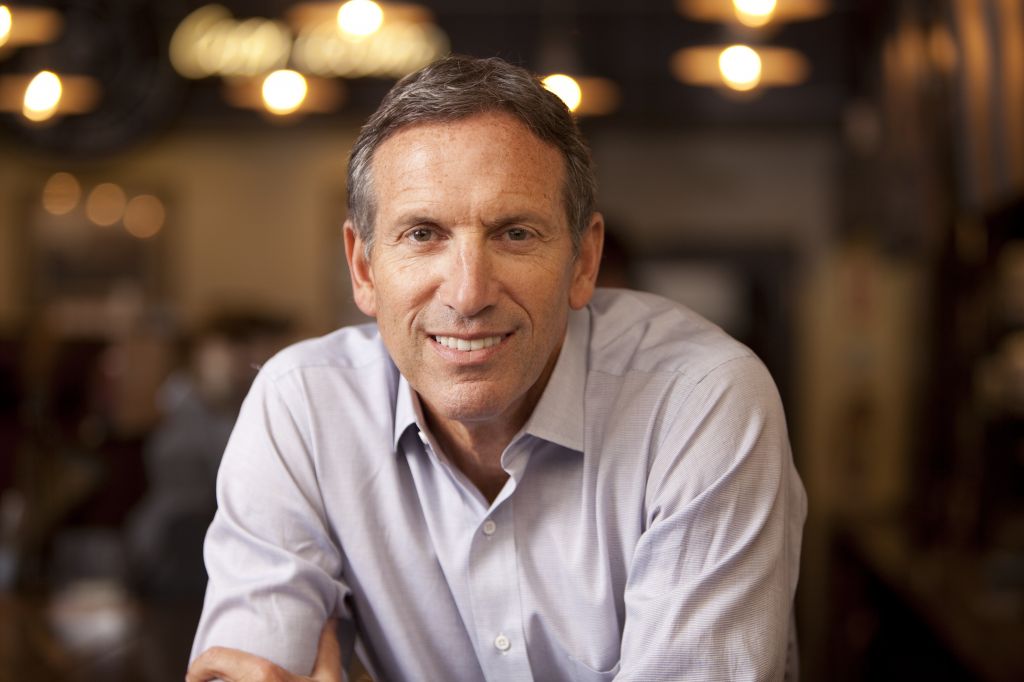 Howard Schultz revolutionized coffee drinking in the States, and expected to do the same in Israel (Courtesy Howard Schultz book photo)

Schultz also expanded internationally, through Starbucks Coffee International, and now has more than 21,000 stores in over 65 countries, according to the store website.

But the company failed dismally in Israel.

When Starbucks first entered the Israeli market, it formed a partnership with the Delek Group, one of Israel’s largest companies, which runs a chain of gas stations and convenience stores and is owned by self-made millionaire Yitzhak Tshuva. Their subsidiary, Shalom Coffee Co., was 80.5% owned by Delek and 19.5% owned by Starbucks.

“I remember they had a store on the corner of Allenby and Rothschild about five stores down from Arcaffe, which at the time was THE place to meet for coffee and great food,” said Dan Harverd, an analyst at private investment fund Finext who once covered Delek Group for investment bank Deutsche Bank. “Arcaffe would be bustling [with a] young hip feel to it, while you’d walk past an empty Starbucks with those big armchairs of theirs looking stuffy and incongruous in the Tel Aviv heat.” 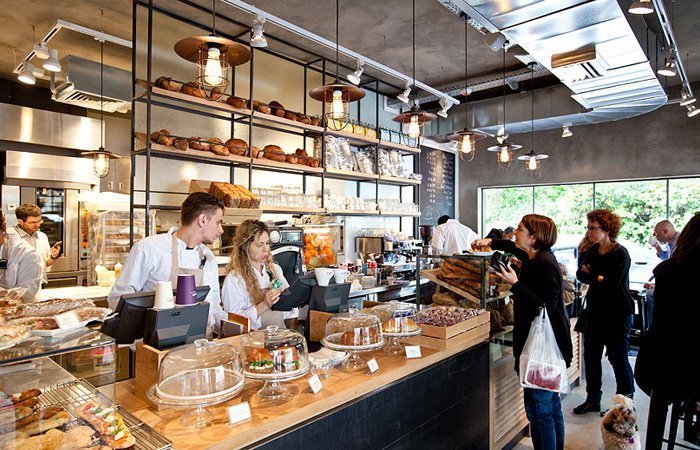 Arcaffe started in Tel Aviv, but expanded countrywide and has branches in Ben Gurion International Airport as well (Courtesy Arcaffe)

“Our impression was that between the taste of the coffee and the prices, they didn’t appeal to the Israeli consumer,” said Segal. “They were in prime locations, but their product just didn’t match the Israeli taste and pocketbook.”

A representative for the Delek Group had no comment on Starbucks’ recent statements and verified that the company pulled out of the joint venture for purely financial reasons.

According to “Pouring Israel into a Starbucks Cup,” written by Arturs Kalnins and Laure Stroock for the Cornell University Hospitality Quarterly, a publication of the Cornell University School of Hotel Administration, the coffee chain’s failed venture in Israel “provides a cautionary tale of emotionally driven decisions gone wrong.”

The larger problem was that Starbucks and Delek “did not mesh,” wrote Kalnins and Stroock. Schultz, they wrote, had an emotional commitment to Israel following a 1998 visit to Israel when he stayed at the King David and declared that “the coffee was not so good,” according to a Jerusalem Post article sourced by the two researchers.

At the time, Schultz was in Israel to accept the “Israel 50th Anniversary Tribute Award” from the Jerusalem Fund of Aish HaTorah.

After a failed bid to buy out Arcaffe, then a new chain, Schultz persevered. Starbucks partnered with Delek with plans to set up 10 stores by the year 2000, as well as kiosks at gas stations, supermarkets and train stations.

The plan didn’t pan out. 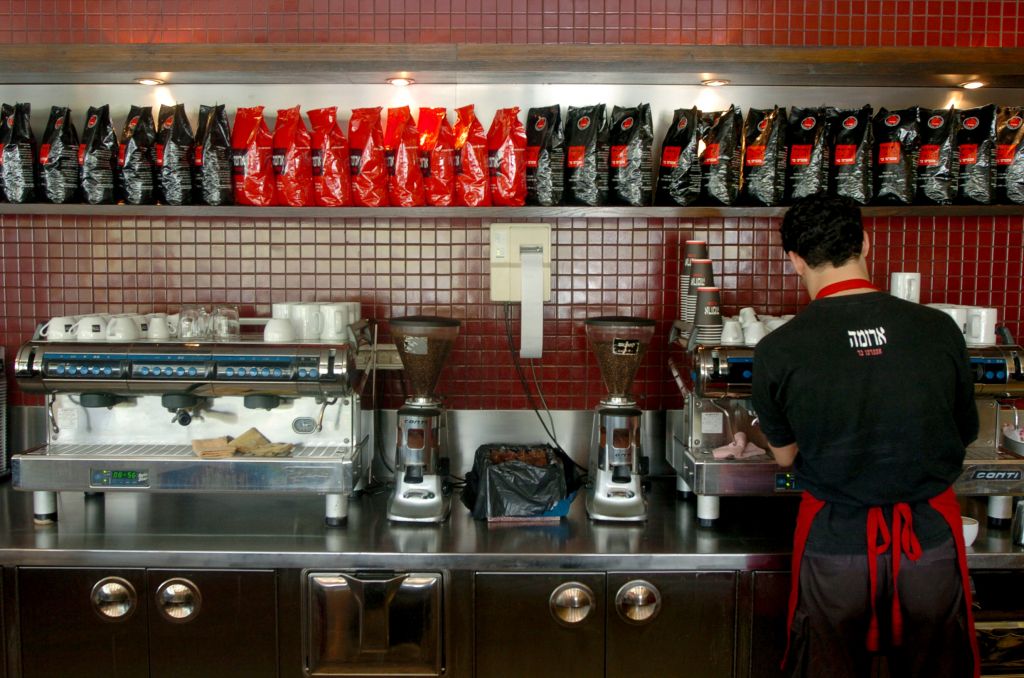 The company didn’t conduct serious market research, according to a 2002 survey published in Globes, and failed to clearly define its target audience. According to the Globes analysis, Arcaffe appealed to the business community, while Canadian import Coffee Bean and Tea Leaf geared itself toward a younger crowd, and Aroma focused its sales on the general public by discounting its prices.

“Starbucks Israel could have exploited its latent marketing potential based on the fact that café chains held only 1% of the Israeli market and no chain had yet established market leadership,” stated the Globes survey. “But instead of making Aroma its prime competitor and opening a new market, Starbucks Israel went head-to-head with Arcaffe with a policy of matching prices. By the time the chain decided it would enter supermarkets like Super-Sol, its lack of positioning was glaringly obvious.”

Israelis also disliked the decision to avoid opening Starbucks stores in Jerusalem, due to the wave of terror attacks during the second intifada. It was a decision that helped turn the Israeli public against Starbucks, according to Globes.

In 2002, Delek tried to sell its stake in the partnership, but failed. By 2003, the partners decided to close up shop. 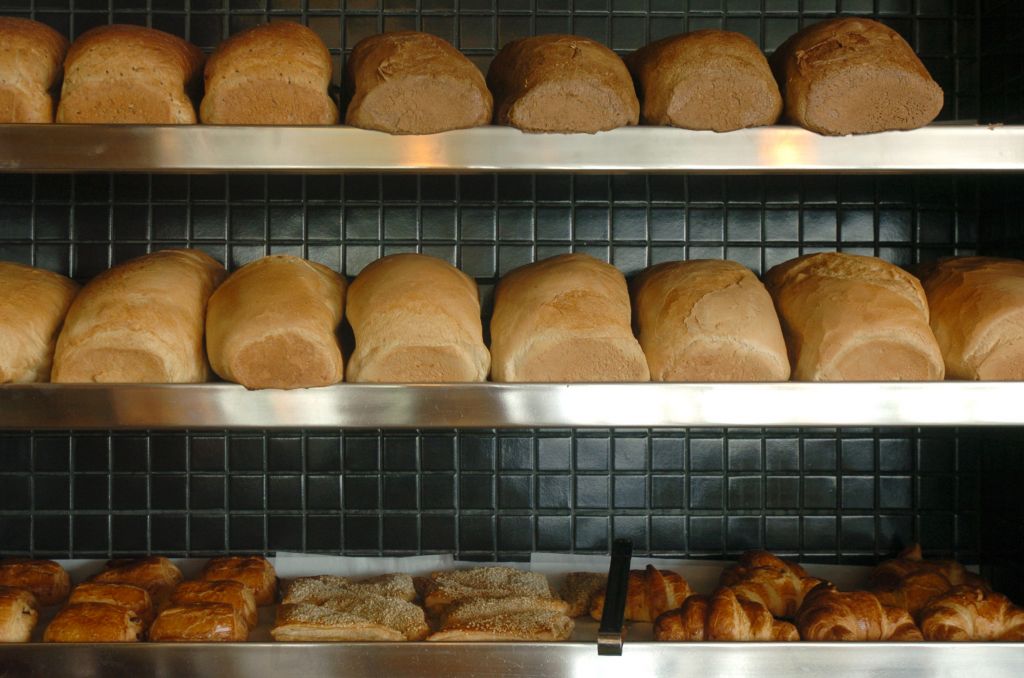 Analysts also said that unlike Aroma and Arcaffe, which offered fresh bread and produce on their menus, Starbucks trucked their sandwiches in from the logistics center near the airport (photo credit: Nati Shochat/Flash 90)

Schultz stated that “this was not a very good time to build the business” in Israel.

It appeared to be the end of Schultz’s attempt to build a coffee culture in Israel.

According to investment publication The Motley Fool, Starbucks has been trying to enter the carbonated-beverage machine market, and is reportedly in talks with the Israel-based carbonation company to buy a 10-percent stake in the company. Neither company responded to requests for comments.

“They’re all on vacation,” said a receptionist at SodaStream.

Read more: The grande coffee plan that failed | The Times of Israel http://www.timesofisrael.com/the-grande-coffee-plan-that-failed/

← Of All the Epic Robin Williams Quotes, this One is by Far the Greatest
You have never seen lies like this … DFLP Official: Hundreds of Israeli Soldiers Committed Suicide to Avoid Gaza War →