‘The Obama people came into office with almost a chip on their shoulder against Netanyahu,’ says US Rep. Peter King. 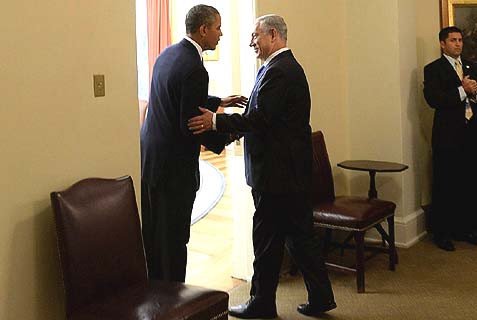 A New York lawmaker says officials at the White House have “almost been looking for a fight” with Prime Minister Binyamin Netanyahu since the day President Barack Obama entered the White House.

U.S. Representative Peter King (R-NY) the New York Post on Thursday, “The Obama people came into office with almost a chip on their shoulder against Netanyahu. He was treated worse than most enemies are treated. They were almost looking for a fight with Netanyahu and they got it.”

King made his remarks against the background of a piece published in the Wall Street Journal earlier this week describing the outrage of officials at the White House upon their discovery that Israel was about to receive a routine delivery of Hellfire missiles from the United States via the Pentagon.

There was nothing unusual about the transaction, which was a standard military-to-military order, as confirmed to media by spokespersons for defense departments on both sides of the Atlantic. But the Obama White House is still relatively unfamiliar with “standard operating procedures” in military matters — as many have pointed out — and upon discovering the weapons about to be sent to Israel, immediately put the delivery on hold.

According to the WSJ report, the Obama White House subsequently put the brakes on every military delivery to Israel, requiring future intense scrutiny of every single item henceforth.

A second lawmaker who has just returned from a visit to the Jewish State — U.S. Representative Steve Israel (D-LI), was less than pleased at the news.

“I can tell you firsthand,” he said, “When terrorists are firing rockets, it’s no time for behind-the-scenes speculation.”