Jewish Agency chairman responds in part to the rising wave of anti-Semitism crashing over the continent since the start of Israel’s military operation in Gaza. 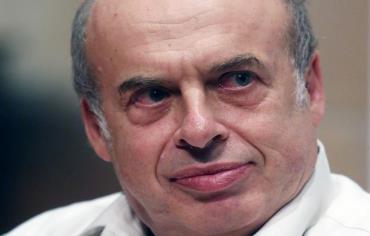 Jewish Agency chairman Natan Sharansky has joined a growing chorus of high-profile figures in casting doubt on the viability of European Jewry in an article in The Jewish Chronicle.

Writing in the UK’s oldest Jewish newspaper, Sharansky said that he believed that “we are seeing the beginning of the end of Jewish history in Europe.”

While Sharansky’s comments came partially as a response to the rising wave of anti-Semitism crashing over the continent since the start of Israel’s military operation in the Gaza Strip, the former Soviet refusenik also pointed to a number of long-term trends which he said militated against a continuing Jewish presence in Europe.

“Europe is abandoning its basic values of respecting identities while at the same time guaranteeing full freedom for its citizens,” Sharansky continued.

“On the one hand, Europe opens its gates to immigration, to people who are not asked to share its values of freedom and tolerance. And on the other hand Europeans are rushing back toward the right-wing parties who are hostile to ‘the other.’ Then there is the intellectual atmosphere which asks Jews to choose between their loyalty to Israel and their loyalty to Europe. All this creates an impossible situation for Jews. This feeling of non-belonging and disengagement is much stronger than the feeling of aliya.”

According to Sharansky, the trends he enumerated serve to justify the strategic emphasis placed on Jewish identity programs by the Jewish Agency in recent years.

“Apart from the ultra-Orthodox who will keep their identities, all other Jews who don’t have that connection to Israel will assimilate,” he said, calling a connection to Israel the only other factor that can maintain Jewish identity in the face of the challenges facing continental communities.

European Jews, he continued, may feel that “they can have more Europe in Israel, because it is Israel which is fighting to be both Jewish and democratic. Israel is the place that is fighting for European values. Europe will die here and survive in Israel.”

In April, against the backdrop of an increasing number of Jews indicating that they are uncomfortable with publicly displaying any overt signs of their religious identity, European Congress president Moshe Kantor told reporters in Tel Aviv that “normative Jewish life in Europe is unsustainable” unless the fear in which Jews live can be substantially mitigated.

Citing a November study by the European Union’s Agency for Fundamental Rights that showed that almost a third of Jews in several European countries were mulling emigration, Kantor said that “Jews do not feel safe or secure in certain communities in Europe.”

Others have responded in a more alarmist vein, Vladimir Sloutsker, a former president of the Russian Jewish Congress and current head of the Israeli Jewish Congress, warned MKs that “we are potentially looking at the beginning of another Holocaust now.”

While Sloutsker’s views are certainly not mainstream, there is a consensus among many observers of European Jewry that anti-Semitism and related phenomena served to drive Jews away from their identity.

Jerusalem and Diaspora Affairs Minister Naftali Bennett is a proponent of this view, having told the cabinet in January that “for every Jew who makes aliya as a result of anti-Semitism, there are many others who cut ties with Judaism and the Jewish way of life.”

In his article, Sharansky asserted that Europe had become “very intolerant of identities in a multicultural and post-nationalist environment” and that as a result Jews were caught in the middle of a kulturkampf.

“This new anti-Semitism is very connected to Israel — demonization, delegitimization and double-standards — and is now so deep in the core of European political and intellectual leaders that practically every Jew is being asked to choose between being loyal to Israel and loyal to Europe,” he wrote.

According to a recent study by the Anti-Defamation League, 45 percent of Europeans see Jews as more loyal to Israel than to their countries of residence.

“Europe is abandoning its identities, with the multicultural idea that there will be no such thing as nation-states or religion. In post-identity Europe, there is less and less space for Jews for whom it is important to have both identity and freedom,” he explained.

The nationalist backlash, with the election of far-right parties, many of them hostile to Jews, and increasing Muslim immigration serve to reinforce Jewish alienation from Europe, he added, using the increased number of French Jews immigrating to Israel as evidence.

In an interview with The Jerusalem Post earlier this year, Rabbi Yosef Pevzner, director of the hassidic Sinai school network in Paris, expressed similar sentiments that many French Jews felt trapped between Islamic anti-Semitism on the one hand and increasing state secularism on the other, leaving them feeling they no longer belonged there.

While many predicted that European Jewry would not survive the Holocaust, “we see today that quite a large Jewish Community still exists in Europe,” Ukrainian Chief Rabbi Ya’acov Bleich told the Post in response to Sharansky’s comments.

“It is shocking but true. So I think that the Jews are a stubborn nation. And even though hundreds of thousands have made aliya in these 70 years I think that there will remain a Jewish community in Europe.”

He added, however, “there is an important message in the underlying anti-Semitism which tells us not to feel at home in Europe. Our home is in Israel, and everywhere else is exile.”

While the rise of anti-Semitism has been especially pronounced in countries like France, Polish Chief Rabbi Michael Schudrich responded that Europe was not monolithic.

“Some countries like France and others have shown despicable attitudes toward Israel and Jews, yet other countries have unexpectedly shown sensitivity and even support for Israel also during these past two months,” he told the Post.

“Some of Europe is pushing out its Jews. But let us not forget those European countries like Poland that are understanding of Israel and supportive and nurturing of local Jewish life.”