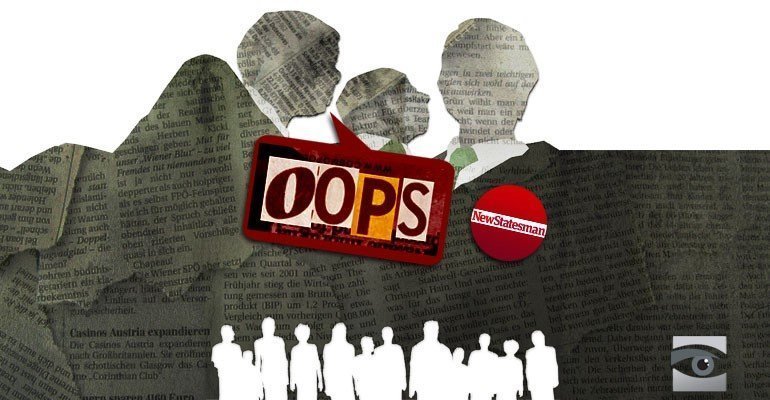 At least Yasser did not suffer the fate of another single survivor brought into al-Shifa Hospital, ten-year-old Mohammed Badran. He was blinded in an Israeli air strike but at the hospital he seemed unaware that his entire family had been killed when a missile destroyed their home at the Nuseirat refugee camp. Not understanding the nature of his injury, he repeatedly asked staff, “Why have you switched the lights off?”

However, at the very end of Macintyre’s piece is an update which tells us that Badran’s “entire family” were not, in fact, killed in that air strike:

Update, 12 August: Mohammed Badran’s family turned out not to have been killed in the strike on his home, as had been reported here. In the confusion of a packed Shifa Hospital, the doctors treating him in the burns unit thought he had lost his parents and all his siblings. In fact, although seven of the Badrans’ nine children were also injured in the attack, including their 17-year-old daughter Eman, who is now also in Shifa with serious leg injuries, Mohammed’s parents Tagorid and Nidal Badran both survived to take care of him. That is until Nidal, 44, a policeman, was killed in another air strike, this time on the Qassam mosque in Nusseirat refugee camp, in the early hours of Saturday, 9 August, as he prepared to attend dawn prayers. On 12 August, I was told that Mohammed was being referred to a Spanish hospital for treatment.

Between the fog of war and Hamas’s deliberate distortion of casualty figures, can any of these reports on the alleged deaths of alleged Palestinian civilians be trusted?

← Against the tide: Russia imports Israeli fruit
HAMAS REJECTS ‘FINAL’ CEASEFIRE PROPOSAL: ‘DEATH FOR ALLAH IS OUR MOST EXALTED WISH’ →