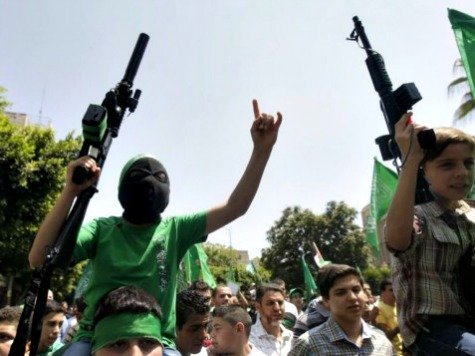 JERUSALEM – Hamas reportedly rejected a comprehensive, 11-clause long term ceasefire proposal on Saturday. Egypt has warned that this proposal will be its final effort to secure a lasting end to the Israel-Gaza conflict.

According to details leaked by Egyptian newspaper al-Shorouk, the 11-clause proposal contained several key concessions to the Palestinian delegation, including the opening of border crossings between Israel and Gaza, the elimination of the so-called “buffer zones” along the Israel-Gaza border, the extension of the fishing zone to 12 miles off the Gazan coast, and the assistance of Israel and the Palestinian Authority in rebuilding the infrastructure of the Gaza Strip.

The proposal also called for negotiations to resume after a month of quiet, at which time the issues of a seaport and airport in Gaza would be discussed. Egypt has warned that its latest proposal will be its final effort, Israel Radio reported on Friday.

Hamas spokesman Osama Hamdan said the Egyptian proposal did not meet the needs of the Palestinian people.

“Israel must agree to the demands of the Palestinian people, or it will face a long war of attrition,” Hamdan wrote in a Facebook post.

Another member of the Palestinian delegation, Bassam Salhi, said progress was being made in the negotiations but put the chance of a long-term ceasefire agreement at “no greater than 50%,” according to Ynet News.

The armed military wing of Hamas, the Iz ad-Din al-Qassam Brigades, tweeted the following message on Saturday night, vowing to “continue the struggle.”

We are continuing our struggle. ALLAH IS OUR GOAL, THE PROPHET IS OUR LEADER, JIHAD IS OUR WAY, AND DEATH FOR ALLAH IS OUR MOST EXALTED WISH

Despite the apparent rejection of the proposal by Hamas and Islamic Jihad, the Israeli delegation will be in Cairo on Sunday to resume indirect negotiations. The current five-day ceasefire is set to expire at midnight on Monday.