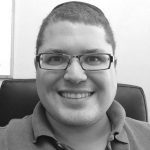 This week’s Torah portion, Shoftim, starts off with setting up Shoftim V’Shotrim – judges and cops – in every city of Israel in order to ensure a sound society. The police would enforce the law and the judges would uphold it. The government would need to be tough to ensure an upright, orderly society. Every year this Torah portion was read the “Cops” theme song “Bad Boys” would go through my mind.

This song also went through my mind on the day that Netanyahu accepted a unilateral cease-fire, overriding the cabinet on a legal technicality. Meanwhile, the “bad boys” – Hamas –  still were raining down rockets on Israel. Residents of Ashkelon are now forced to evacuate and not return so fast, just as long as Hamas rockets can target it. Israel to this day apparently still listens to what the United States, currently under the leadership of Barack Obama, has to say. In many respects their hands are tied when the perks of billions of dollars in U.S. aid, a seat in the U.N., free trade and “ally” status gets dangled time and again. Until Israel starts to live off its own and not rely on foreign aid they will always be subject to what the rest of the world wants them to do. This is the problem right there: they lack authority to combat their deadliest enemies. So, whatcha gonna do (Israel) when they (Hamas) come for you?

Another enemy is ourselves. Recently a 23 year old Yeshiva bochur, Aaron Sofer Z”L, was found dead a few days after we was reported missing. It’s unknown what the cause of death was, but what is interesting was how the Israeli police and the IDF were seemingly lackadaisical in searching for him, at least according to his parents. New York City Assemblyman Dov Hikind said it best in that he was also a soldier, albeit a spiritual one, and no expense should be spared in finding him. In the end United Hatzolah volunteers – people essentially working for free – found him using regular GPS technology. Was it because he was Charedi or American? Was it because lots of Israelis simply don’t know? Is it because the main priority in Israel is with the war in Gaza that never seems to end? Bottom-line, we don’t know for certain. Israel needs to ensure that every resident is safe, regardless of ideological or ethnic differences. Indeed, without a government placing top priority on every life-or-death situation, whatcha gonna do?

Israel has a police force to protect its citizens from other citizens. It has one of the best armies and security protocols in the world to protect them from imminent danger. But, it doesn’t have the authority to finish a war against an organization that’s still bent on wiping Israel off the map. It also needs to work harder in finding missing people as any person, Israeli or non-Israeli, is precious.

← Top 8 Jewish Taboos
GRAPHIC LANGUAGE: Is this Religion of peace? Muslim Hospitality Right in the Heart of London, Shocking →