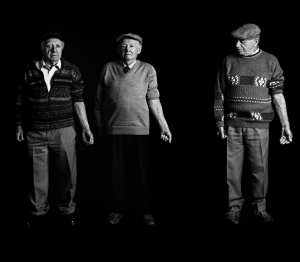 “We were strangers standing in line in Auschwitz, we all survived different paths of hell, and we met in Israel,” Mr. Sharezky said. “We stand here together now after 65 years. Do you realize the magnitude of the miracle?”

← Old Video: Abbas Admits Sending Terrorists to Kill Israelis – SCUM!!!!
Islamic State to President Vladimir Putin: We Are on Our Way to Russia →