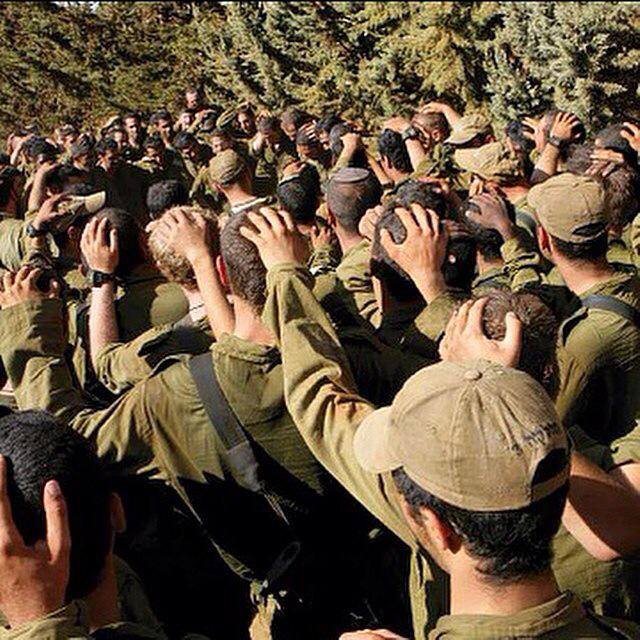 According to Jewish Law, someone else’s hand can act as a kippah if you don’t have one…this picture illustrates that perfectly!

Old joke: Abe asked his eldest son to say the ‘hamotzi’ (blessing over bread). His son realized that he didn’t have his head covered, so he asked his little brother to put a hand on his head until he finished the blessing. But after a few minutes, the younger son grew impatient and took off his hand. Abe said, “What are you doing? Put your hand back on your brother’s head.” The younger son replied, “Am I my brother’s kippah?”