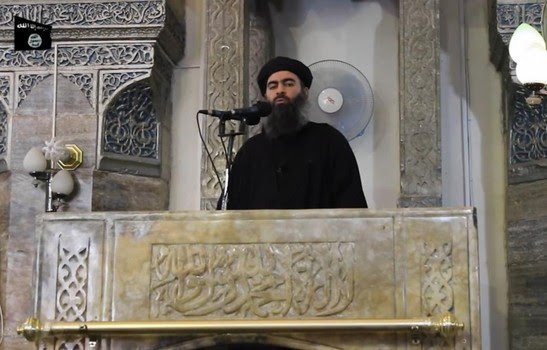 To understand how horrible it is under the Islamic rule, listen to a leader of the Yezidi community speak at our rally against ISIS last month. 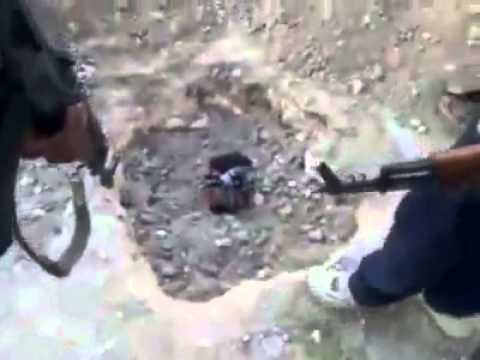 Stories of atrocities being committed by ISIS terrorists have been coming out of Iraq and Syria for some time, with each report somewhat worse than the one preceding it. On Monday, Reuters said a Yazidi man told of people being buried alive and a woman literally split in two.

“They tied the hands of one woman to the back of a car and her legs to another car and they split her into two,” said a 22-year-old student named Hassan. “Have you seen anything like this? This is all because she is not Muslim and did not want to be converted. We barely made it.”

Dawud Hassan, a 26-year-old auto repairman, told of women and children being buried alive in what appears to be a mass grave. This is not the first time ISIS has reportedly buried their victims alive.

“They put women and children under the ground,” he said. “They were alive. I still hear their screams. They were trying to keep their heads up to keep breathing.”

“Iraq is finished for me,” he added. “We had houses, shops, they all burnt our things. We have nothing. We want to cross to Turkey but the peshmerga is not letting us. We will not stay there, we want to go to Europe.”

A 46-year-old former grocery shop owner identified only as Ali, told a very similar story. Ali and his fellow villagers, Reuters added, found themselves surrounded by ISIS terrorists with machine guns about ten days ago. According to the account, the men began to dig ditches.

“We did not understand,” Ali said. “Then they started to put people in those holes, those people were alive.”

“After a while we heard gunfire. I can’t forget that scene,” he added. “Women, children, crying for help. We had to run for our lives, there was nothing to be done for them.”

Reuters said the account could not be independently verified. It’s not the first such report, however. Earlier in August, the Anglican Communion News Service reported that ISIS terrorists cut a five-year-old boy in two. About the same time, reports emerged that ISIS buried women and children alive in mass graves. Another report claimed that ISIS leader Abu Bakr Al-Baghdadi gave his followers permission to eat babies, but that report could not be corroborated. According to other reports, ISIS is systematically beheading Christian children in Mosul.

Meanwhile, Reuters said that many Yazidis are giving up on Iraq. ISIS, or the Islamic State, as it now calls itself, is determined to eliminate anything and anyone that does not subscribe to its version of Islam.

← TRUTH Be Told: Jordanian-Palestinian Politician Says There Is No ISIS Ideology – It’s Islam
Meanwhile, in China… →