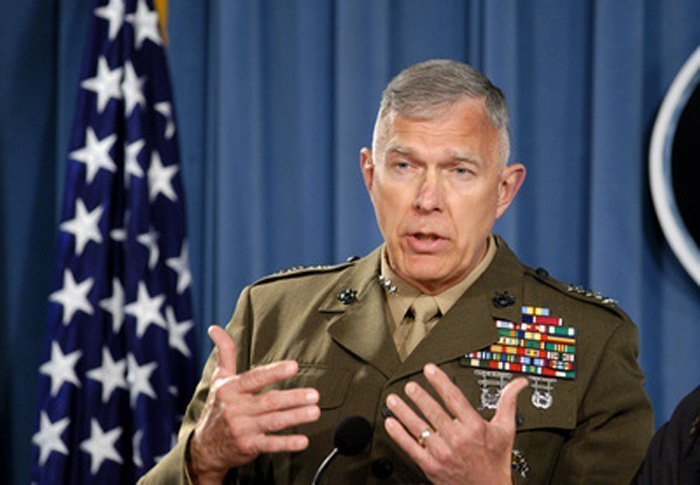 A former Marine Corps Commandant told an audience that President Obama’s strategy to defeat Islamic State militants doesn’t have a “snowball’s chance in hell” of succeeding.

Speaking at a conference in Washington, General James Conway, who served as the 34th Commandant of the Marine Corps at the end of the Bush administration and beginning of the Obama administration, said that he was skeptical that the U.S. had reliable ground forces in Iraq, the Daily Caller reported Friday.

Some of these new Pronovias wedding collections might just be too sexy for the aisle.

You won’t believe what this airline did with his luggage!

This week Congress approved a bill to allow the President to send arms to moderate Syrian rebels to combat the terrorist group, but several lawmakers opposed the idea, saying the U.S. could not rely on rebels that fought for Bashar al-Assad.

Former Secretary of Defense Leon Panetta told CBS news that the president waited too long to act in Syria, and former Defense Secretary Robert Gates said the U.S. is not going to successful against the terror group “strictly from the air, or strictly depending on the Iraqi forces, or the Peshmerga, or the Sunni tribes acting on their own.”

Mr. Panetta’s full assessment will appear on an upcoming broadcast of “60 Minutes.”

← Ready for the “High” Holidays? Family Doctors In Israel To Prescribe Medical Marijuana
Painting: Light Unto the Nations →