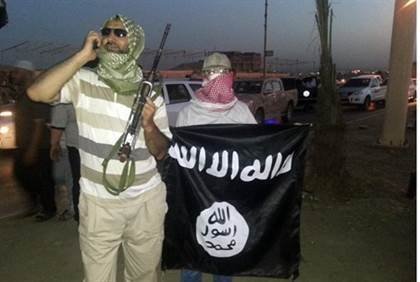 Islamic State (aka ISIS) terrorists have released a video documenting the murder of British aid convoy volunteer Alan Henning. Henning is the fourth western hostage to have been murdered by the group, following the filmed beheadings of US journalists James Foley and Steven Sotloff, and Scottish aid worker David Haines.

Another hostage, Hervé Gourdel, from Nice in France, was murdered by Jund al-Khalifa, a group with links to ISIS, on 24 September.

Henning’s family said they are “numb with grief” after his murder. His widow Barbara and their children said they were “extremely proud” of the 47-year-old, who had been delivering aid to Syria when he was kidnapped.

They thanked the government and for its support although Henning’s brother-in-law, Colin Livesey, had earlier suggested more could have been done to secure his release. Livesey described the killers as “scum” and said the family had lost a “great person”.

The murder comes after the UK launched air strikes against Islamic State, joining the US and its Arab allies – Jordan, Saudi Arabia and the UAE – which had been targeting the group for several days.

Shortly before the British Ministry of Defense announced that the RAF had attacked two Islamic State targets, the Foreign Office arranged for Henning’s wife Barbara to make a televised appeal for his release.

Western Intelligence agencies are studying the video, which was released on the eve of the Islamic festival of Eid al-Adha.

On Friday night, the British Foreign Office said: “We are aware of the video and are working urgently to verify the contents. If true, this is a further disgusting murder. We are offering the family every support possible; they ask to be left alone at this time.”

Britain’s prime minister, David Cameron, said: “The brutal murder of Alan Henning by ISIL [ISIS] shows just how barbaric and repulsive these terrorists are. My thoughts and prayers tonight are with Alan’s wife Barbara, their children and all those who loved him.

“Alan had gone to Syria to help get aid to people of all faiths in their hour of need. The fact that he was taken hostage when trying to help others and [has] now [been] murdered demonstrates that there are no limits to the depravity of these ISIS terrorists. We will do all we can to hunt down these murderers and bring them to justice.”

In the video, entitled Another Message to America and Its Allies, a masked man stands behind Henning, who kneels on the ground. Henning says: “I am Alan Henning. Because of our parliament’s decision to attack the Islamic State, I – as a member of the British public – will now pay the price for that decision.”

A voice then says: “The blood of David Haines was on your hands, Cameron. Alan Henning will also be slaughtered, but his blood is on the hands of the British parliament.”

The video ends with a threat to a fifth hostage, a young American man, named by his captors as Peter Edward Kassig. The voice says: “Obama, you have started your aerial bombardment in Sham [Syria and Iraq] which keeps on striking our people. So it’s only right we continue to strike the necks of your people.”

On Friday night, Barack Obama said the US, along with its allies, would continue to take action to destroy ISIS. He said: “The United States strongly condemns the brutal murder of United Kingdom citizen Alan Henning by the terrorist group ISIL.

“Mr Henning worked to help improve the lives of the Syrian people and his death is a great loss for them, for his family and the people of the United Kingdom.

“Standing together with our UK friends and allies, we will work to bring the perpetrators of Alan’s murder – as well as the murders of Jim Foley, Steven Sotloff and David Haines – to justice. Standing together with a broad coalition of allies and partners, we will continue taking decisive action to degrade and ultimately destroy ISIS.”

The video begins with a news clip – taken from the Russian channel RT – featuring a presenter describing the seven-hour debate in the British parliament that culminated in the approval of UK strikes on ISIS targets in Iraq.

As with earlier videos, it shows the start of Henning’s apparent murder before moving away. Henning’s body and severed head are then shown on the ground.

The young American appears at the end of the video. A man with the same name as Kassig, and resembling him, appeared in a CNN profile from 2012. That profile describes Kassig as an Indiana native and a former US soldier who fought in the Iraq war. Kassig trained as an emergency medical technician in 2010, and moved to Lebanon in 2012 to provide aid to refugees of the Syrian crisis, according to CNN.