Does anyone remember Obama’s 20008 campaign speech that Jerusalem will remain “undivided?”
By: Tzvi Ben-Gedalyahu 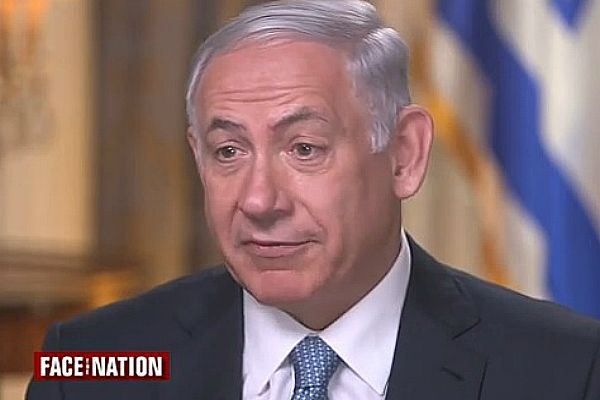 Netanyahu is “baffled” by Obama, but who isn’t? Photo Credit: Screenshot: CBS

The Obama administration’s harsh condemnation of Jews buying homes from Arabs in eastern Jerusalem is “against American values,” Israeli Prime Minister Benjamin Netanyahu said in an interview on CBS’ Face the Nation Sunday.

He pointed out that in his meeting with President Barack Obama, the president did not talk about specifics when the president raised the issue of settlements.

The Prime Minister took the opportunity to spell out the facts concerning building homes in Jerusalem to support his reaction of being “baffled” by the American position.

He said the project being planned in what is called eastern Jerusalem, although in this case it actually is in the southern part of the capital, “There are 2,400 units. What they didn’t tell you is that 700 of those units are designated for Arab residents in Jerusalem.

“The whole line that Jews cannot buy homes in Jerusalem, or you can’t have mixed housing projects for Arabs and Jews, is wrong. I am baffled.

“If somewhere in America someone said Jews cannot buy apartments here, there would be an uproar. I do not accept this.”

Concerning the purchase of six buildings in the Silwan Valley, directly across the road form the Western Wall, Prime Minister Netanyahu stated, “Some Jewish residents of Jerusalem bought apartments legally from Arabs in a predominantly Arab neighborhood. This is seen as a terrible thing.. Arab in east Jerusalem buy apartments, thousands of them, in the Jewish neighborhood in west Jerusalem. No one says you can’t do it.

“If I said to you, in some place in the United States, “Jews cannot buy apartments here,’ there would be an uproar.

“It is against American values. The idea that we’d have this ethnic purification as a condition for peace? I think it’s anti-peace.”

Netanyahu did not address the principal reasoning of the Obama administration and its predecessors that dividing Jerusalem, and not declaring the city as the capital of Israel until it is divided, is in “the national security interests” of the United States.

He did not address the issue because no one has yet been able to solve the puzzle of how the American government, mainly the State Dept., links the two. It’s like starting to recite “A-B-C- and ending up with “Monday-Tuesday-Wednesday.”

Whoever can figure out why they are connected perhaps can also explain why Jews should not buy from Arabs but Arabs can buy from Jews.