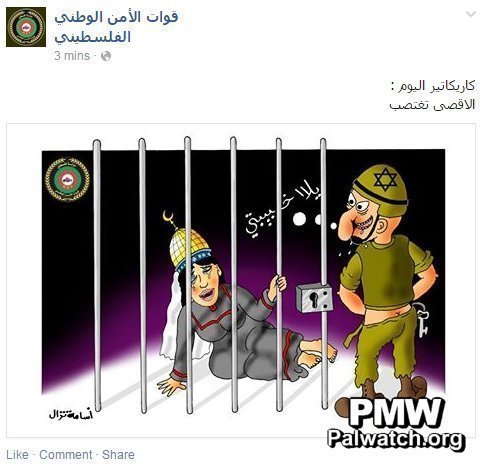 A cartoon showing an Israeli soldier about to rape the Al-Aqsa Mosque portrayed as a woman in jail was posted a few days ago by the National Security Forces of the Palestinian Authority.

A woman is weeping in a prison cell while an Israeli soldier is undoing his pants outside the cell, saying: “Come on, sweetheart.” The woman is wearing a headdress shaped as the Dome of the Rock. The cartoon appeared with the text: “Daily cartoon: Al-Aqsa is being raped.”

This is the kind of incitement that leads to violence. Say NO to libel against Israel.

Link: Stand With Us