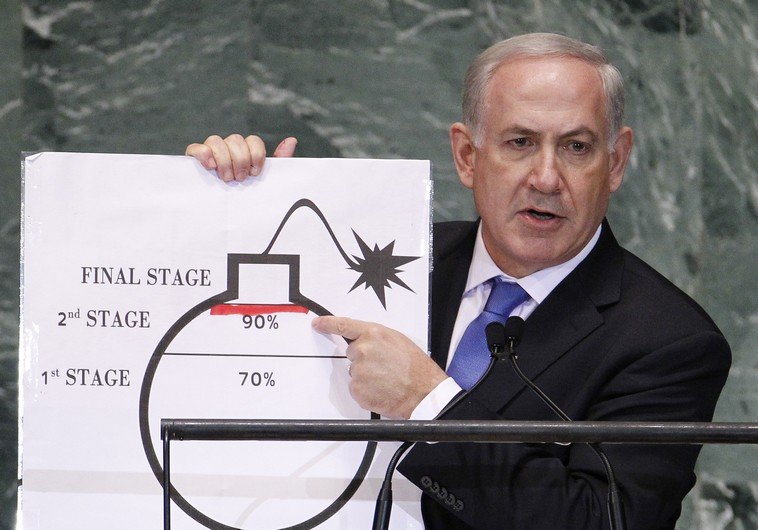 Premier spoke via video on Tuesday night to the The Jewish Federations of North America’s General Assembly, which has met for the last three days in Washington DC.

Prime Minister Benjamin Netanyahu warned the US against embracing Iran in its fight against ISIS, stating that Iran was America’s enemy and not its partner.

He spoke via video on Tuesday night to the The Jewish Federations of North America’s General Assembly, which has met for the last three days in Washington DC.

There have been suggestions that Iran can help solve the problem of extremism in the Middle East, but nothing could be further from the truth, said Netanyahu.

Iran is the problem and not the solution, he said.

Netanyahu also warned the six powers, including the US, against rushing into a deal with Iran with regard to its nuclear program.

The goal is not just to stop Iran from developing nuclear weapons today, but also to prevent them from acquiring them tomorrow as well, he said.

The worst outcome of the ongoing negotiations between the six world power and Iran would be a deal that allows Iran to be a threshold nuclear power.

The choice is not a bad deal or war with Iran, said Netanyahu as he explained that stiff sanctions were better than reaching the wrong agreement with Iran.