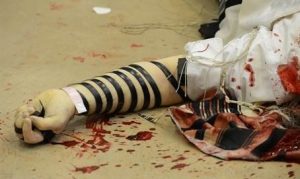 Very recently news spread of the unspeakable massacre of four Rabbis and one Druze police officer putting his life “on the line” for them. At Kehillat Bnei Torah synagogue, in Har Nof, Jerusalem, two young terrorists had to kill four of the biggest Rabbis in today’s generation in a most horrific manner: Rabbi Aryeh Kopinsky, 43, Rabbi Avraham Shmuel Goldberg, 58, and Rabbi Kalman Levine – all from Har Nof – as well as Rabbi Moshe Twersky. Each of them were davening Shacharis, and were killed while wearing their Tallesim and Tefillin.

According to police, the two suspected Palestinian terrorists, armed with a gun and axes, attacked worshipers after entering the “Kehilat Yaakov” synagogue on Agasi Street in the capital’s Har Nof neighborhood. Two police officers quickly arrived to the scene and exchanged fire with the suspects, killing them.

Who these Rabbis Were 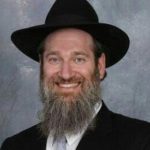 Rabbi Aryeh Kopinsky’s passing was an additional tragedy in his family as his daughter was taken from him three years ago due to sudden circumstances. R’ Kopinsky was a U.S. citizen, hailing from Michigan. 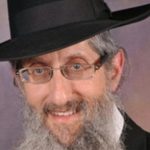 Rabbi Kalman Levine, originally from Kansas City, Missouri, emigrated to Israel in 1982 where he devoted himself to religious study. R’ Kopinsky left behind five children and nine grandchildren. 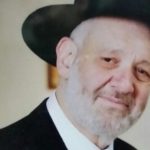 Rabbi Avraham Shmuel Goldberg, described as a ‘pillar of the community’, was born in Liverpool, U.K. He held dual British-Israeli passport, and now leaves behind a wife and six children.

Rabbi Moshe Twersky ZT”L was a scion of the Twersky Chassidic dynasty. His father, R’ Isodore Twersky, was an academic in his own right, having attended Harvard and also set up a curriculum there. He also was related to the Soloveitchiks.

In R’ Twersky’s case he was the Rebbi of someone I personally know. To me that personally hits home more. I also personally knew fellow New Yorkers that studied in ToMo.

Also, the police officer was the Druze Master-Sergeant Zidan Saif, who died from his wounds on Wednesday. Thousands of Jews and non-Jews mourned at his funeral as well. May Hashem gather him in with all the righteous Gentiles.

A Sort-of Religious Look on the Matter

All this had to happen on Marcheshvan. According to many Rabbis the “Mar” represents the bitterness of the month since there are no widespread Jewish holidays that month (Sigd is one exception – 29 Cheshvan – by Ethiopian Jews). Biblical scholars are skeptical, explaining it’s a derived name from the name Mrachshvan, also having the names Cheshvan and Bul. Either way, what happened earlier this week really displays the “Mar” – bitterness – that this month traditionally conveys.

It’s also interesting how this occurred on the Torah portion of Toldos, which shows the birth and development of Yaakov and his brother Esav. They grew apart to the point where Yaakov actually asked Hashem “Hatzilani Nah Miyad Achi uMiyad Esav” (save me from the hand of my brother, and from the hand of Esav). My personal interpretation was that Esav didn’t treat Yaakov like a brother, therefore Yaakov was referring to Esav as his brother by blood, and by nothing else as Esav was hell-bent on killing him. 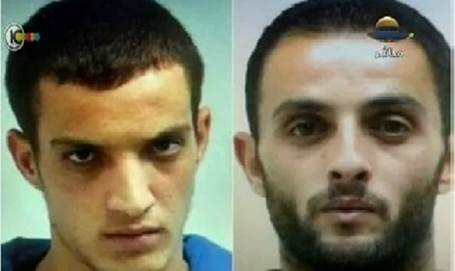 The faces of evil: Terrorists Uday and Ghassan Jamal

Today’s Arabs represent Yishmael and Esav. When a terrorist strike is put against us, we need to realize that just because we come from Abrahamic faiths, that’s about as far as it goes. When people kill us just because they’re ideologically driven to do so, we are connected by blood and nothing else. When this happens, we need to recognize the enemy – blood brother or not – and take the proper course of action to survive. As former Prime Minister Golda Meir was quoted, “I understand the Arabs wanting to wipe us out, but do they really expect us to cooperate?”

Only an Esav can go so far as to celebrate such a slaughter. This was Jew-hatred at its purest: The Rabbis were not soldiers, eliminating any “kill or be killed” motive. The Rabbis weren’t not religious, eliminating the excuse that they weren’t properly serving Gd. Again, they were killed while praying to Gd, while wrapped in their Talleisim and Tefillin! A Jew will always be a Jew no matter what anyone says.

How the International Media Handled This 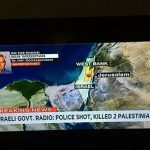 he international media handled this matter like everything else: by and large negative. Ireland actually condemned the attack, though issued the back-handed insult to Israel that it should “end the occupation of Palestinian territories.” U.S. President Obama actually had the nerve to state that “too many Palestinians have died.” A CNN reported actually reported in a headline “Police shot, killed two Palestinians.” Another CNN reporter though was more humane and laid out the facts, ” Five dead in Jerusalem synagogue attack.” Feeling adventurous, I visited the website Arab News where it got even better: “The Popular Front for the Liberation of Palestine, said it carried out the attack, which it called a “heroic operation.””

A heroic operation?!? Okay. That’s it for me for now. I have no words to express my contempt for a society of people aimed at destroying the Jewish nation – not just Israel. The fact that the world sees good as bad and bad as good shows how twisted everything is.

To conclude, again, may the deaths of the four Rabbis and the one Druze police officer not be in vain. May Hashem avenge their bloods and bring comfort to the friends and family that lost these precious souls.