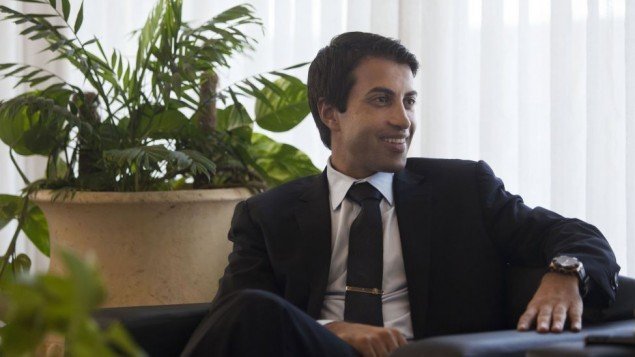 Israel’s ceasefire policy with Hamas is fundamentally mistaken, says the son of the Islamist group’s West Bank chief. It simply gives Hamas time to rearm, when it can and must be urgently uprooted

To get to peace with the Palestinians, Israel needs to go to war against Hamas in Gaza, and fast.” That’s the view of Mosab Hasan Yousef, better known as the “Green Prince,” the son of West Bank Hamas chief Sheikh Hasan Yousef.

Get The Times of Israel’s Daily Edition by email
and never miss our top stories FREE SIGN UP!

Mosab Yousef, who was a Shin Bet agent from 1997 to 2007, at the same time as he ran his father’s office, is well aware of the significance of what he is saying. “I know that this will sound to some people like dangerous rhetoric, a push for war, but my motivation is precisely the opposite. I’m speaking out because you can’t deal with reality by running away from it. You can’t take refuge in temporary solutions. Hamas has to be tackled at its roots, uprooted once and for all, and now is the perfect moment to deal with Hamas militarily in Gaza. The longer Israel waits,” he warned, “the more dangerous an enemy Hamas will become and the harder the battle. This is the time to initiate a war against Hamas.”

Now based in the US, Mosab Yusef is currently on a visit to Israel, and I met with him in Tel Aviv. It was five years ago that I first revealed that he was an agent assisting the Shin Bet — Israel’s most reliable source in Hamas, central to the prevention of numerous suicide bombings and attacks, and to the exposure of Hamas terror cells — and the identity of his handler, “Captain Loai,” Gonen Ben Itzhak. As we sat together near the Tel Aviv beach, his criticisms of Israeli government policy were clear and fierce.

“Don’t wait for the summer for Hamas to surprise you again,” he urged. “Hit them this winter when they’re not ready. If you can solve the problem of Hamas in Gaza, that will pave the way forward regarding the Palestinians in the West Bank and Abu Mazen (Palestinian Authority President Mahmoud Abbas), who is currently replicating methods that remind me of the days of the Second Intifada and Yasser Arafat.

“The people throwing stones and petrol bombs in Jerusalem, and carrying out terrorist attacks, think that Israel is weak. It’s precisely now that Israel needs to show its strength,” he insisted, “while also acting responsibly and avoiding harm to civilians because that serves Hamas.”

In Mosab Yousef’s view, “the policy of having a ceasefire with Hamas” since the summer’s war, and in previous lulls between conflict, “is fundamentally wrong. These ceasefires only enable Hamas to rebuild its strength, politically and militarily,” he noted.

Israel needs to “reevaluate its approach,” he said. “Hamas is not an organization with political imperatives, acting out of political interests. It is first and foremost an ideological movement, and there can be no negotiating or compromising with it. It cannot be appeased through diplomatic compromise. Israel’s leaders have found what they wrongly consider to be a magical solution through temporary ceasefires to what is actually a strategic problem — facing a foul and highly dangerous terror organization. The Israeli government needs to acknowledge its mistake and change its strategy. Negotiating with Hamas — via a third party, openly or covertly, with or without mediators — is a mistake. You are just strengthening Hamas and its strategy.”

‘You don’t understand how much the people of Gaza dislike Hamas, even hate it, and Hamas fears a protracted struggle with Israel because it does not have a real capacity to stand firm’

A convert to Christianity whose 2010 autobiography, “Son of Hamas: A Gripping Account of Terror, Betrayal, Political Intrigue, and Unthinkable Choices,” was made into an acclaimed documentary released this year, the Green Prince has changed physically over the years, almost beyond recognition. He practices yoga every day, he meditates. It’s hard to believe that this is the hulking young man who ran the office of the head of Hamas in the West Bank.

He is trying to keep a low profile on this visit to Israel, but without much success. He says people stop him in the street. “You’ve become a celebrity,” I tell him.

He tells me that the owner of a restaurant in Tel Aviv, recognizing him, asked him to come and eat at his restaurant. “He told me that he insists. I told him I just wasn’t hungry,” Mosab Yousef said with a smile.

Returning to his theme, he said he was not recommending “a major ground offensive” in Gaza “because that will just play into Hamas’s hands…

“Israel shouldn’t go into Gaza. It needs to avoid that trap. It also shouldn’t declare war. It should just attack, to make Hamas bleed and die. That’s their strategy and it’s the strategy that will defeat them. It needs to be a surprise move, targeting their top echelons. And there needs to be cooperation with Egypt, to block the smuggling into Gaza, in order to cut off their supplies of weapons and of material for making weapons.”

Once that cooperation is in place, he recommended, “start a military operation, without announcing it, targeting everything connected to Hamas, without hitting civilian targets.”

Doubtless Hamas would respond with rocket fire. But “for how long would they be able to continue firing rockets at Israel?” he asked. “If the borders are controlled, Hamas will eventually die and the Israeli public needs to know this. Still, the Israeli public will also have to demonstrate considerable patience. For this will not be a war solely involving the Israeli intelligence services and the Israeli army, but everybody.”

Arab residents of Jerusalem ‘have to make up their minds about where they want to live, in Israel or outside it. Those who live here need to show their loyalty’

His voice rising with passion, Mosab Yousef continued: “You don’t understand how much the people of Gaza dislike Hamas, even hate it, and Hamas fears a protracted struggle with Israel because it does not have a real capacity to stand firm. That’s why the effort has to be focused on their leadership and on their military wing. Make the lives of the heads of the organization hell. Blow them up in their houses, in the tunnels. And I’m not just talking about air attacks.”

If Israel were to follow this policy, he argued, “the international community will not come out against Israel, and support for Hamas in Gaza will decline. At the same time, you have to continually supply humanitarian assistance to Gaza so that the people there know that there is no intention of fighting the Palestinian people, just Hamas.”

I asked Mosab Yousef for his thoughts on the nascent Third Intifada, wondering whether he believes Israel should be reopening negotiations with Abbas.

‘Abbas is repeating Arafat’s mistakes. He’s manipulating. He knows Israel is not to blame for the situation in Gaza and yet he accuses it of responsibility. But he won’t be able to control the international community forever’

“The Israelis have to stop being scared, and to demonstrate strength and determination,” he replied. “And the (Arab) residents of Jerusalem have to make up their minds about where they want to live, in Israel or outside it. Those who live here need to show their loyalty.”

As for Abbas, said Mosab Yousef, “he’s not ready for negotiations right now. He’s repeating Arafat’s mistakes. He’s manipulating. He knows Israel is not to blame for the situation in Gaza and yet he accuses it of responsibility. But he won’t be able to control the international community forever.”

In a few years’ time, said Mosab Yousef, “when Islamic State starts to hurt people in Europe, the Europeans won’t have any more patience for the attacks and the duplicity, just as was the case with Arafat after 9/11. The free world will understand that it is in a battle against ideological organizations employing terrorism, and it will change its attitude to the Palestinians and to Abbas.”

But until then, he repeated, “Israel needs to carry out a thorough operation in Gaza, and in so doing make clear to Abbas what the right path is. It’s the path of peace.”