Like many that occupy the Social Media landscape and “frum” blogosphere (e.g. Facebook, Yeshiva World News), I had heard that R’ Dovid Winiarz, a.k.a. the Facebuker Rebbe, was tragically killed in a Maryland car accident that occurred due to an ice-storm crash. As a passenger in a car, he fell victim to a patch of black ice on Route 23 and High Point Road.

While I personally didn’t know R’ Winiarz personally, I had “liked” his Facebook page for a while and always looked forward to his posts. A wise and dynamic Kiruv Rabbi, he will be missed, even by those that didn’t have the Zechus to meet him in person.

He is survived by his wife and ten ehrliche children. Baruch Dayan Emes tzaddik! 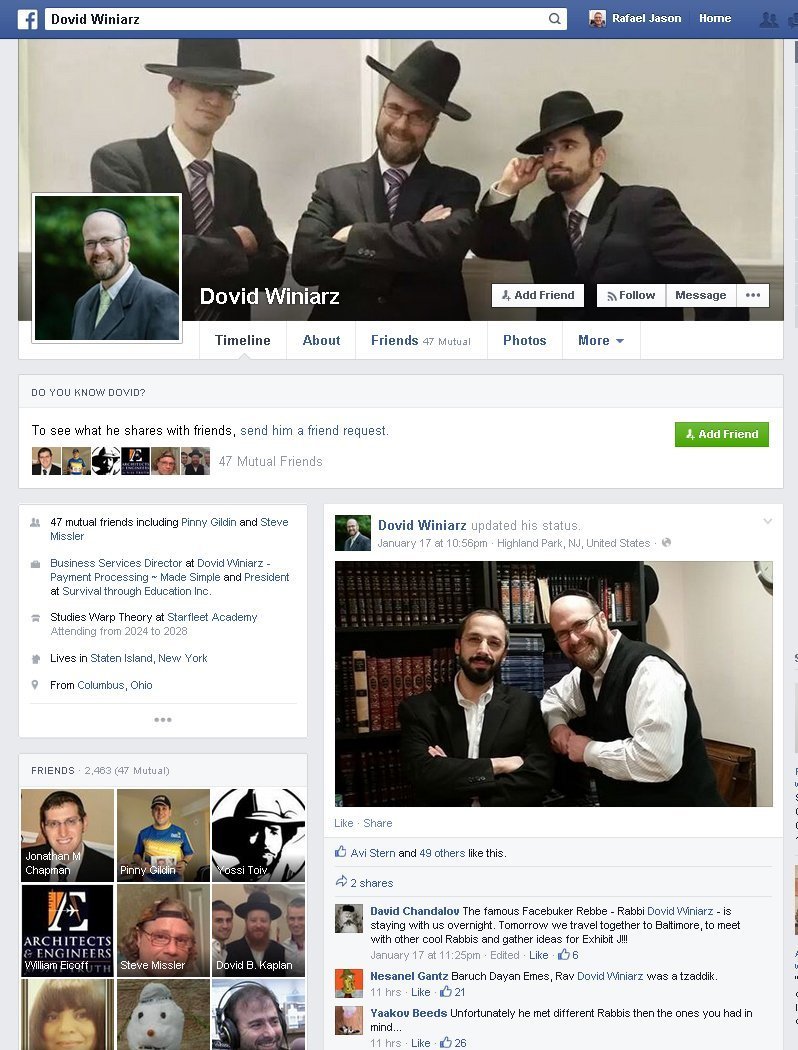 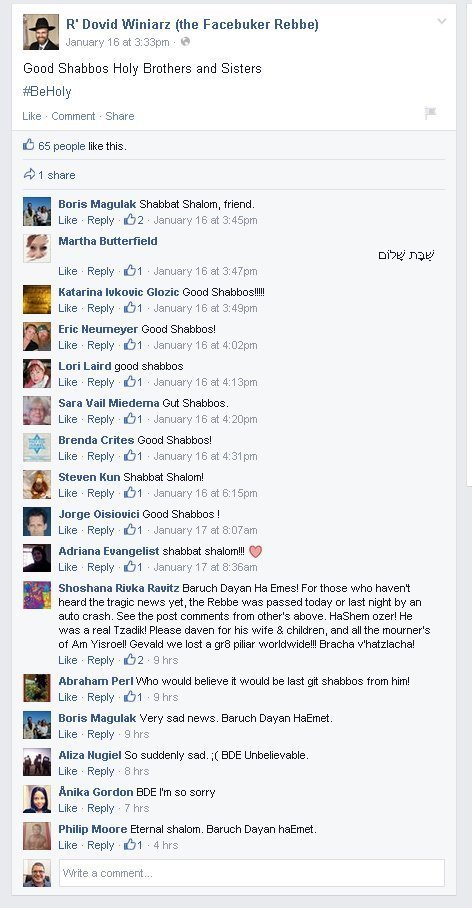