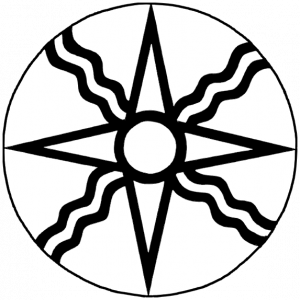 Growing up, I was taught that Elul and Tishrei were two pivotal months in the Jewish year, Elul being the preparatory month to return to Gd lovingly so that in Tishrei, when Gd judges us and can then grant us a sweet new year with only good things. The Rabbinic play on words with Elul is “Ani Ledodi VeDodi Li,” “I am to my Beloved (Hashem) as my Beloved is to me.” Cheshvan is known as MarCheshvan, of which the myth why it’s called “Mar” (bitter) is because there are no Jewish holidays during that month.

Later on I found that the names of the Jewish months are not Hebrew at all. After all, try finding one word in Hebrew – any version – where Elul, Tishrei and Nissan are used. They aren’t. In fact, the Torah only uses “Chodesh Harishon” (the First Month) to refer to Nissan since we count from the time we left Egypt. Alternatively we see a reference to Nissan as Chodesh Ha’Aviv (the month of the Spring), but no Nissan. Additionally, Marcheshvan was one of a variety of names, including Vrachashma, Marchashva, Bul, etc.

The names of the Hebrew months, in fact, were named after the Babylonian months (source: Talmud Yerushalmi, Maseches Rosh Hashanah 1:2) which either were names of their idols or paid tribute to idols. Looking it up, I found that Elul corresponded with the month Ulula (similar word), and Tishrei/Tishri (the Sephardic pronounciation) being Tishritu. 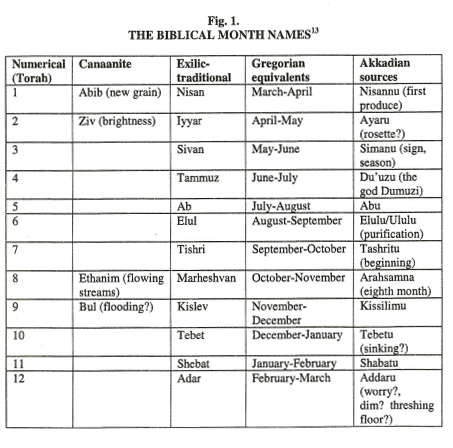 An excellent chart of the months. The one thing I would suggest is that Bul really was in Cheshvan and not Kislev, since at the end of the sixth chapter in Melachim I we are told, “And in the eleventh year, in the month of Bul, which is the eighth month, the house [the first Beit haMikdash] was completed…” Image Courtesy: http://www.sas.upenn.edu/~jtigay/ElazarAV.pdf

Looking into the months a bit more, I was floored. Ulula/Elul is a month attributed to Ishtar, the Babylonian goddess of love, as well as sex and war. (Just an aside, the relief attributed to her shows her with chicken feet, a possible Talmudic reference (Berachot 6a) to spotting a demon in ones midst by seeing chicken feet around ones bed once dust is poured around ones bedside.) Ishtar even had a lover named Tammuz /Demuzi (a bull-human shephard god that is also one of the names of the Jewish months). Tishritu/Tishrei is represented by the Babylonian god Shamash, the sun god who represents law, justice/judgement and salvation. Just as the sun removes darkness and exposes what’s hidden, so to does justice expose what’s hidden, bringing everything out (both good and bad). The similarities between the attributes of those months and the Jewish months are striking and it’s almost scary to see exactly how pagan the months’ name origins were.

The best way I can reconcile the monotheistic/pagan elements as follows. Avraham grew up around that society when it was thriving. He probably noticed the power each month had over the people and realized that it was impossible to ignore. His question though likely was, “So the gods made these months. Who made the gods,” leading to his realization that everything was in fact due to one Gd, and that all features of each month were merely attributes of the same Creator (e.g. the name Elokim is Hashem’s attribute of Judgement, consequently, Elokim also means judges). Avraham therefore decided to worship and say “thank you” to the Source.

From the looks of it, this seems to have worked. Avraham’s seed is still alive and well. Babylonian culture and civilization are gone. See what happens when one says “thank you” to the right connections?

However, this is just my conjecture. Reb Micha Berger of aishdas clarified the following:

I want to end off that I’m far from a scholar in Semitics. But when I find something of this nature, it’s hard for me not to share.

So which came first here, the chicken or the egg? I’ll let you decide. For now, have a Shana Tova U’Metukah!!

← Four Jam Packed Days in Israel
Made in China: How Chai from China Became a Hasidic Jew →