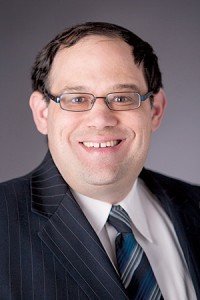 I recently started a new job. I had been out of work for a while, so I didn’t want to take any chances during the application process. I did not mention that I will need to take off for yom tov. The holidays start soon! How do I tell my boss that I need to take off so many days in such a short time?

Home For The Holidays

First of all, congratulations on your new job! Let me start by noting that I am not a lawyer, and while I can provide career advice, this should not be construed as legal advice.

I was personally out of work for five months before I started at Touro, so I know exactly what you were going through. It is certainly not easy! I know that you made your decisions based on the sincere desire to get back to work and with the confidence that once you had the chance, you would prove your value to your employer.

That being said, I believe you made a critical error. Think about how you would feel if someone in your professional world withheld critical information that can impact their ability to complete their work. Chances are you would not be happy at all!

Unfortunately, the concept of religious diversity is still foreign to many employers. I have had the honor of facilitating numerous conference workshops on the subject. My impression is that most employers want to be accommodating but are often unaware of religious requirements for Orthodox Jews, Muslims, Sikhs, etc.

I always advise our students to be up-front about religious accommodations. It doesn’t have to be the first thing they mention in an interview, but they should broach the subject in subsequent interviews.

Honesty is essential here. It may be nice to spend some family time during Chanukah, but it is not a religious requirement and should never be presented as such.

I also advise our students to assure their employers that they will do anything that needs to be done to make up for lost time and to get their work done. That means working Sundays, telecommuting after the end of an early Shabbos, etc. Frequently, work availability in the last week of December can be a great tradeoff for other accommodations.

A few years ago, someone called me to ask if I thought an employer was “right” to fire an employee who took off for Pesach. At first glance, that sounded terrible, but as I questioned them about the situation, a completely different picture emerged.

There was a major project due at work, and this particular employee decided that he wanted to spend Pesach with his family. He left work two days before Pesach, and returned two days after Pesach. When he returned, he was fired.

Although it is not what he wanted to hear, I told him that I agreed with the employer. I told him that he should have planned and made arrangements for the completion of his portion of the work. There was also no religious reason to leave two days before Pesach and return two days afterward.

If he had completed (or arranged for the completion of) his portion of the project, and left and returned as close to the start and end of yom tov as possible (I will leave the concept of working on chol ha’moed out of this), and still got fired, then he would have a real reason to be upset.

This employee left his team in the lurch and took off more time than required by halachah. The problem here is that this vacation was a personal, not a religious, accommodation.

As to your situation, I can understand your employer being upset and feeling that he was misled. Don’t forget, this is not just a yom tov issue. Chances are you will also have to leave early on Fridays for a couple of the winter months as well. You might want to talk to an employment lawyer about your legal rights, but I would ask for a private meeting with your supervisor.

I don’t think there is any way to avoid telling your employer that you need to take time off, but make sure to do so with a specific plan as to how you are going to get all of your work done and how you are going to make up the time. I advise our students to keep a weekly spreadsheet of their major accomplishments. Having a few major accomplishments in your back pocket wouldn’t be a bad idea. If you are lucky, they will leave it at that, but don’t be surprised if they feel betrayed or misled.

Best of luck to you for continued success in your new position. v

Chaim Shapiro, M.Ed., is director of the Office for Student Success at Touro College. He is a freelance writer, public speaker, and social-media consultant specializing in LinkedIn. Chaim earned a master’s degree in College Student Personnel from Loyola University, Chicago, and also studied in the Institutional Leadership and Policy Studies Ph.D. program at the University of California–Riverside Graduate School of Education. He has more than 13 years of experience working in college administration. Please send your career questions to chaim.shapiro@touro.edu or by Twitter @chaimshapiro.