Techeiles is a Torah-based Mitzvah which has enjoyed a resurgence in recent years. With both scientific and Rabbinical support, plus the length of time it’s been allowed to percolate, the murex Tekhelet has enjoyed more success than the Radziner variant, introduced in the 1880’s by R’ Gershon Henoch Leiner.

One of the largest proponents of murex Techeiles is R’ Herschel Schachter of YU, who has influenced many to don these blue strings. He even devised a method how to tie it, attempting to combine as many Rabbinical opinions as possible so that it’s a lechatchila (primary) opinion by all sources, for Ashkenazim. It’s also the most expensive option due to the amount of blue required.

What’s the thought process behind this method

The thought behind this opinion is as follows: 7 winds of 7 chulyos is based on that the Gemara in Menachos (Perek Hatecheiles) states “no less than 7, no more than 13.” Almost every commentary assumes that those numbers refer to 3-wind chulyos. However, the Gemara isn’t explicit in what exactly the numbers 7 or 13 refer to. So of course there’s at least one Rabbi that disagrees with that concept: the Raavad (R’ Avraham Ben David) as well as R’ Natronai Gaon (Natronai ben Hilai). Both opine that 7-13 refers to winds and not chulyos. That’s why R’ Schachter chose to do 7 of 7, to satisfy all.

Next are the knots. Rashi/Tosafos introduced knots, so R’ Schachter decided to incorporate that as well.

Next comes the separation of chulyos. The Rambam states that Chulyos should be separated by a space of some sort. While the Yemenites interpreted that with their own unique type of knots, R’ Schachter spaces out his chulyos with the standard double-knots.

Next comes the white krichos (winds). While the Gemara states that the winds need to start and end in white, and the Rambam suggests only one wind, R’ Schachter recently modified it so that it’s the first 3 and last three winds like Rashi/Tosafos, but keeping it in the same 7-wind chulya.

Finally the separation at the bottom. Why the separation, and only the last knot? The separation is meant to satisfy the opinion of the Baal Haittur where Tekhelet is separated from white. R’ Schachter doesn’t separate the rest in order to address the issue of Gardumim (stubs): in the event one string breaks off, to be 100% certain the string is kosher, the other half on the other side needs to be intact. That can be done with keeping them more or less not separate from each other. He separates it at the end since “you can’t lose.”

Now that the whole megilla on the “why” was addressed, let’s address the “how.”

To start (this applies to all methods), I personally wet the strings in warm water so that the strings hold better while tying. It’s not necessary but I find it certainly helps. Also, tie the winds really tight. If left loose it won’t turn out nice, and since there are 49 winds there might be an issue of 1/3rd-2/3rds ratio. The tighter the better.

Next, I use three long strings: 2 blue one white, with the last white regular length. While this can be done with two regular length white strings, it’s very difficult there to keep the length level since the white string is used for 6 winds (3 before and 3 after).

Another thing I do is to not only tie the four strings on one side, but also any strings I’m not using at the moment. To start I will tie two of the other four on the other side as well.

Also important is that for tying the initial knots you say “הריני מתקשר לשם מצות ציצת,” and each individual knot afterward you say “לשם מצות ציצת.” When tying those knots the tradition is right-over-left first, then left over right (since we show preference to the right). If you need to cut strings it’s preferable to use ceramic or wood scissors – as long as it’s not metal since that traditionally was used for implements of war and bloodshed.

The first chulya is three white, then switch to one of the Tekhelet shamashim for the last four blue. After I tie the strings, I add the white Shamash I previously used to the two other strings tied. I won’t need it for the next little bit.

For chulya 6 I untie the white shamash string and new techeiles shamash, and tie up the other two. I then wind chulya 6 like 2-5. 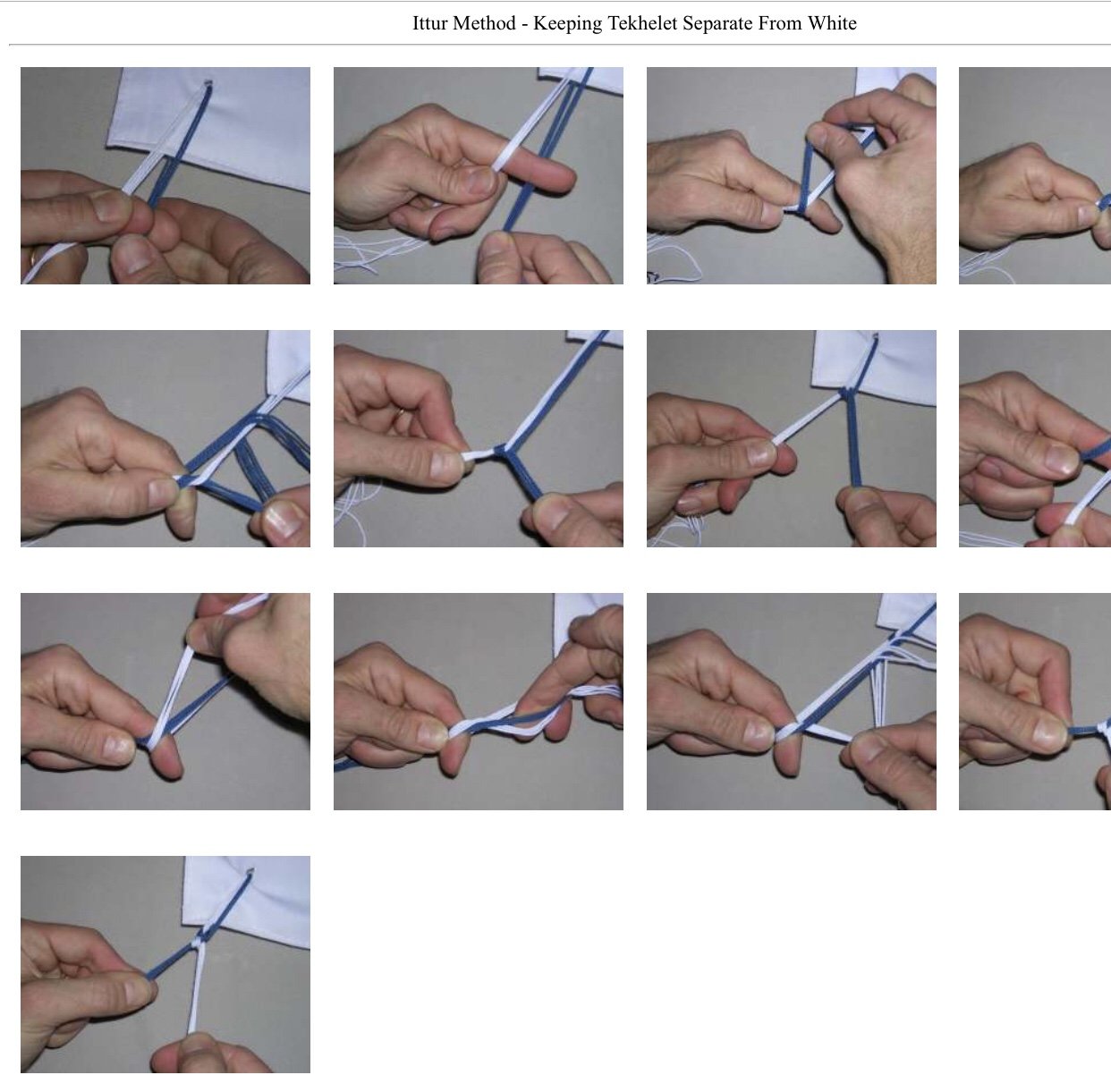 Once you’re done, take your wood or ceramic scissors and cut the remaining white string (and remaining techeiles). If you see the first signs of the edges fraying try applying clear nail polish to harden them. 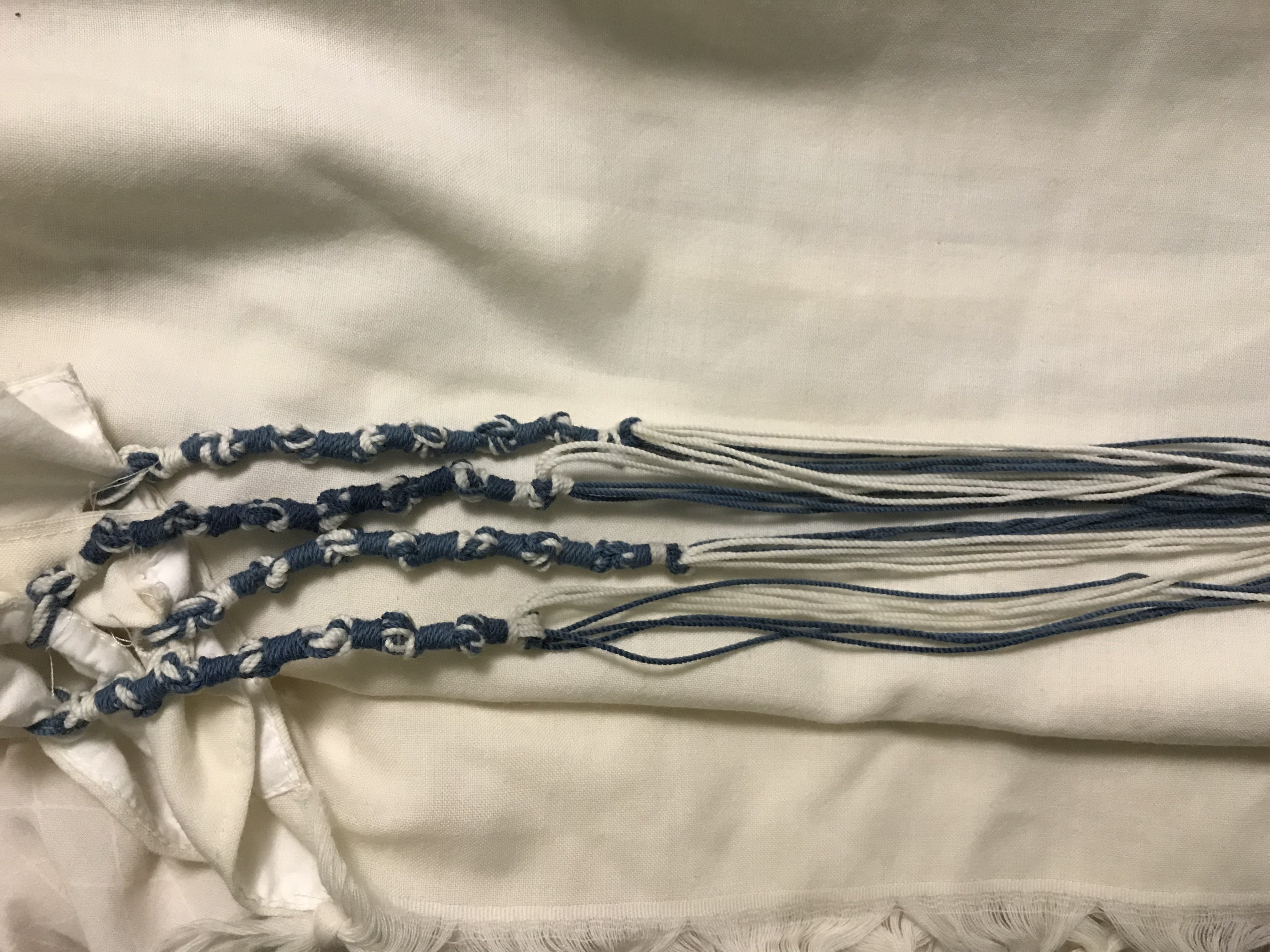 P.S. regarding the 2/3rd 1/3rd ratio, I personally found that if not done very carefully, it’s a bit less, where the total folds amount to closer to 2.5 with regular long Raavad strings. At worst it’s bedieved since according to some, Techeiles specifically requires that ratio prescribed by Rava. According to others it’s not Me’akev and the strings are still kosher. R’ Schachter did advise to purchase extra long Raavad strings for the purpose since one might run into trouble, but that would entail an additional $30 ($15 for each Raavad string). 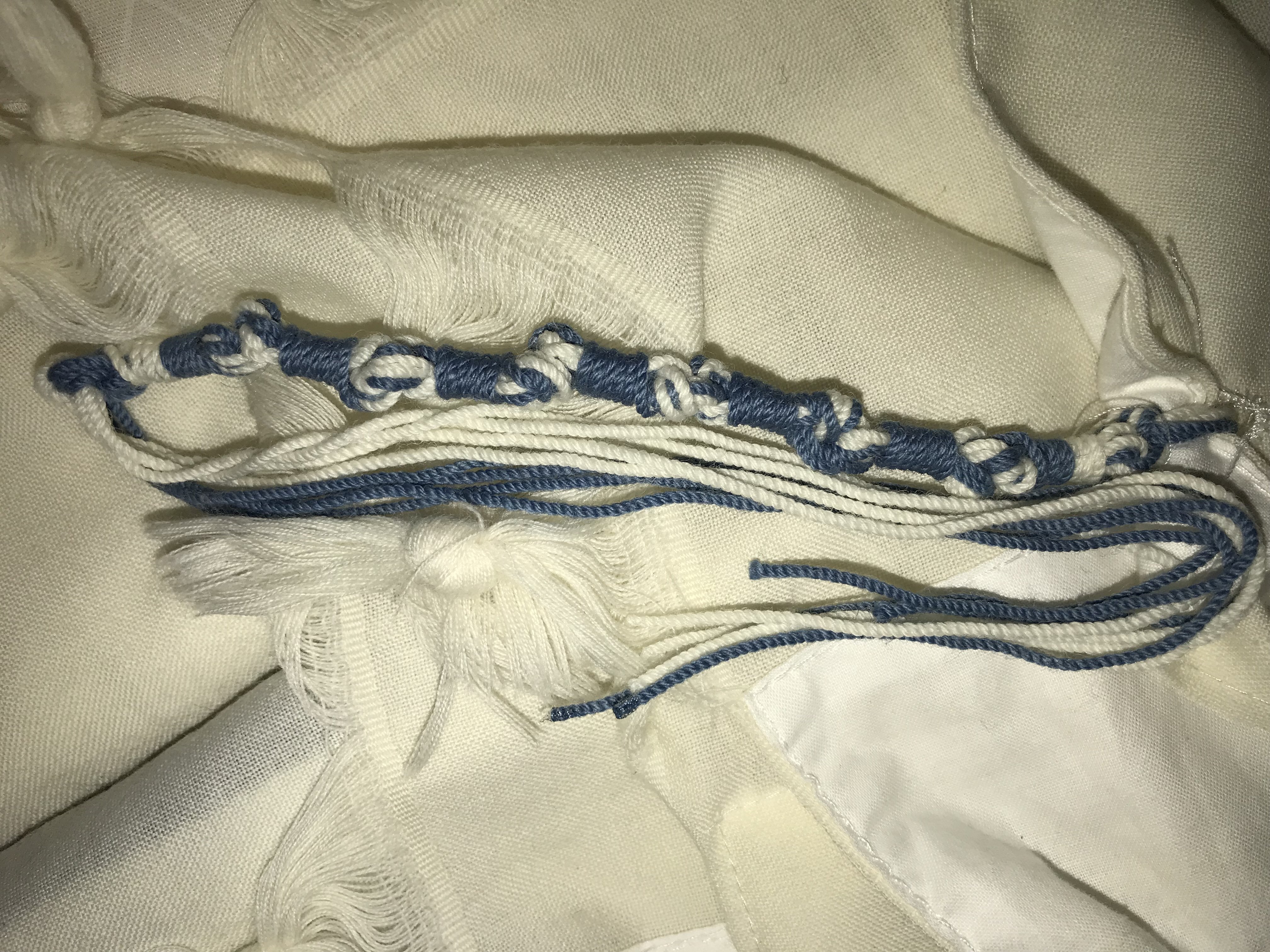 P.P.S. After untying, re-wetting and re-tying the strings and knots extra-tight, I was able to get the 2/3rds 1/3rd ratio, making it lechatchila 100%! 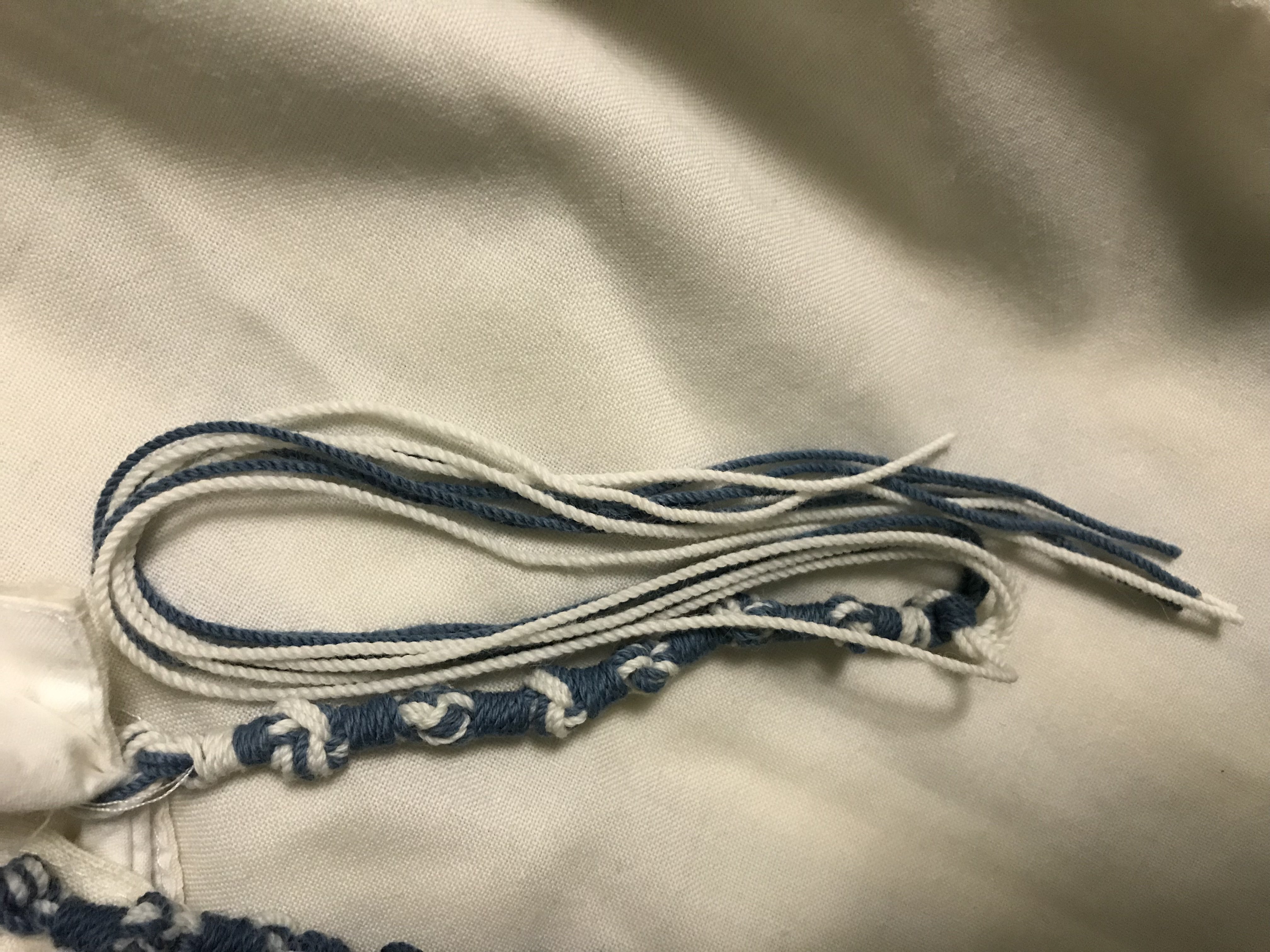 ← Pesach/Chametz and Techeiles – Connection With Modesty
Analysis: Radziner Vs. Murex Tekheleth, The Truth! →