In Levush HaAron (pages 89-92) the question is brought up: “How can the chemical test of Chazal differentiate between תכלת and קלא אילן?”

“… The indirubin that is present in plant indigo is known to make vat dyes more difficult to reduce (see inset). In those times, when the knowledge of reducing plant indigo for dyeing had not yet been fully developed, plant indigo – קלא אילן was indeed a weaker dye that did not bond with the wool as well as Murex dye.

“…In practice, the test of the Gemara was performed on a piece of indigo from the times of Chazal (from excavations in Israel). The results were exactly as described in the Gemara; only the wool dyed with plant indigo faded, whereas the murex dye did not.

“…Bottom Line: Today, with the advanced dyeing methods of indigo dyeing, there may be little difference between the strength of the two dyes. However, in the times of Chazal, plant indigo would fade and Murex dye would not.”

There are certain anti-murex Techeiles people that claim that today’s Techeiles will fail under today’s chemical tests. The test likely used was the cleaner, less caustic test of placing it in dough without much else, and with modern indigo which is extremely steadfast. But if the claim is that ancient indigo was much weaker, is there a way to test it? The short answer is yes, and the urine test described in Levush HaAron was performed by Rabbi Yehoshua Yankelewitz when he was still living in the US. It was here that he got in touch with Rabbi Shaul Shimon Deutsch of Living Torah Museum. The Kala Ila thread, likely made from linen, was confirmed to be ancient, as it was part of a Byzantine Era (330-1453) wicker basket sewing kit that Rabbi Deutsch bought from Christies who verified the age period. Christies does extreme due diligence to authenticate items as their highly esteemed reputation is on the line, and that’s how we know the approximate age of the threads, and Rabbi Deutsch gave Yehoshua an indigo thread to perform the test as he is all for advancing Torah study. Yehoshua applied the urine test using regular urine, aged for 40 days as the Gemara advised. He soaked the ancient indigo thread in the solution overnight. The actual results was that this faded.

Yehoshua was gracious enough to provide pictures from that experiment. 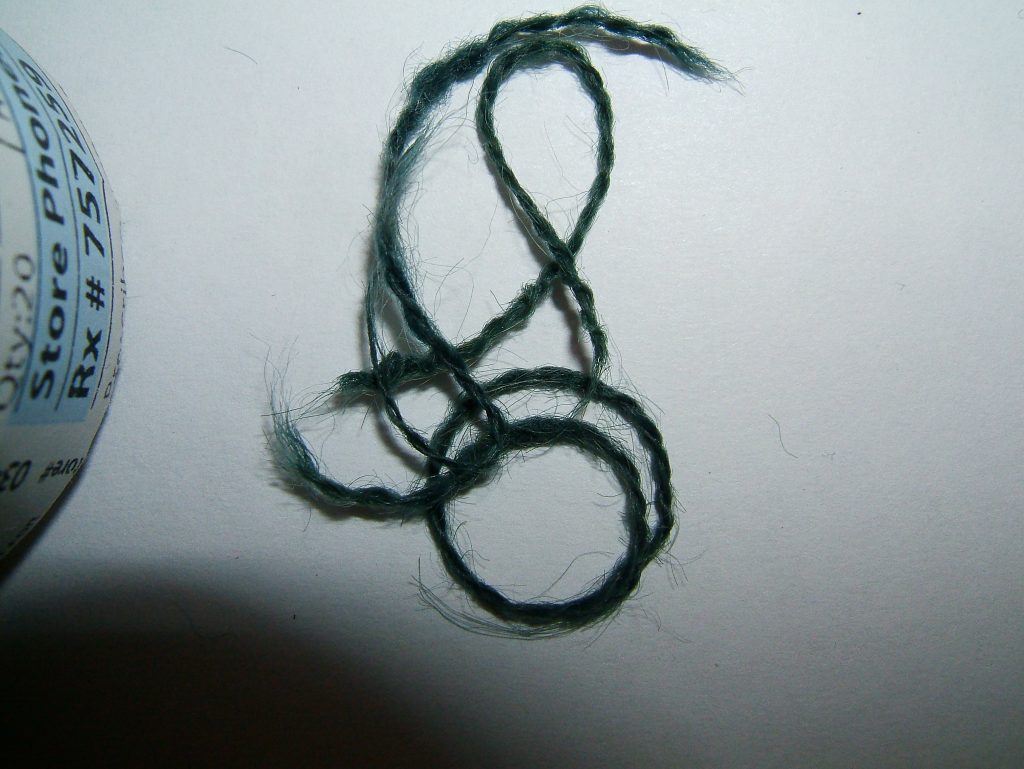 Original Byzantine era indigo thread, prior to the test. 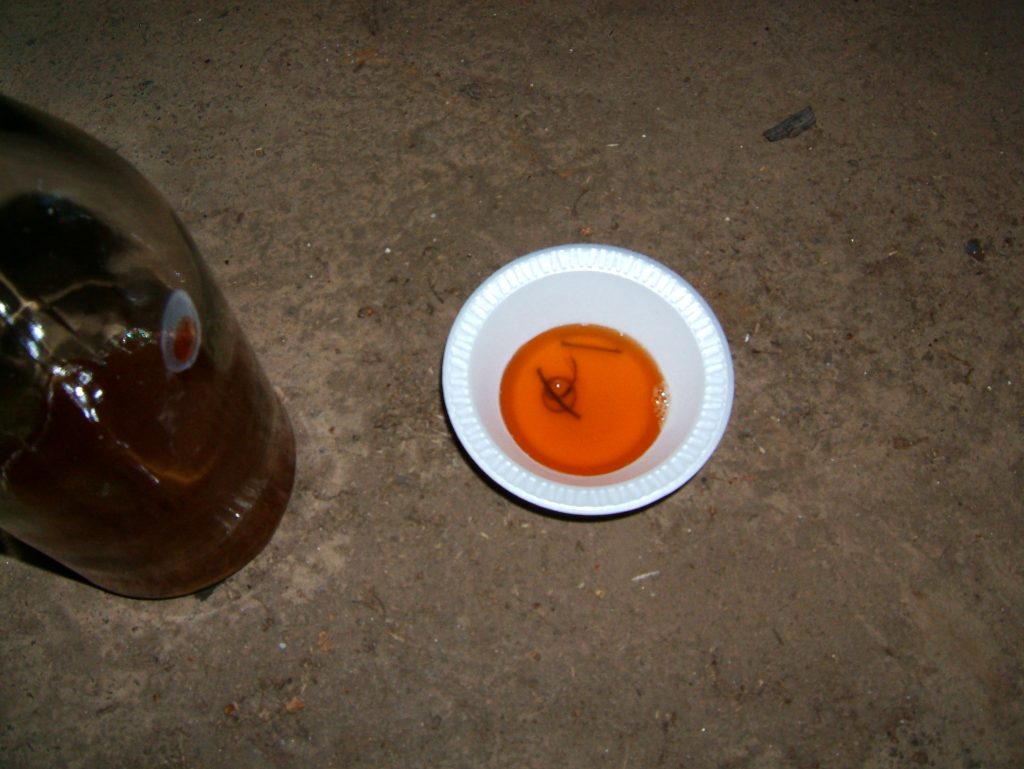 Threads in aged urine with bottle nearby. 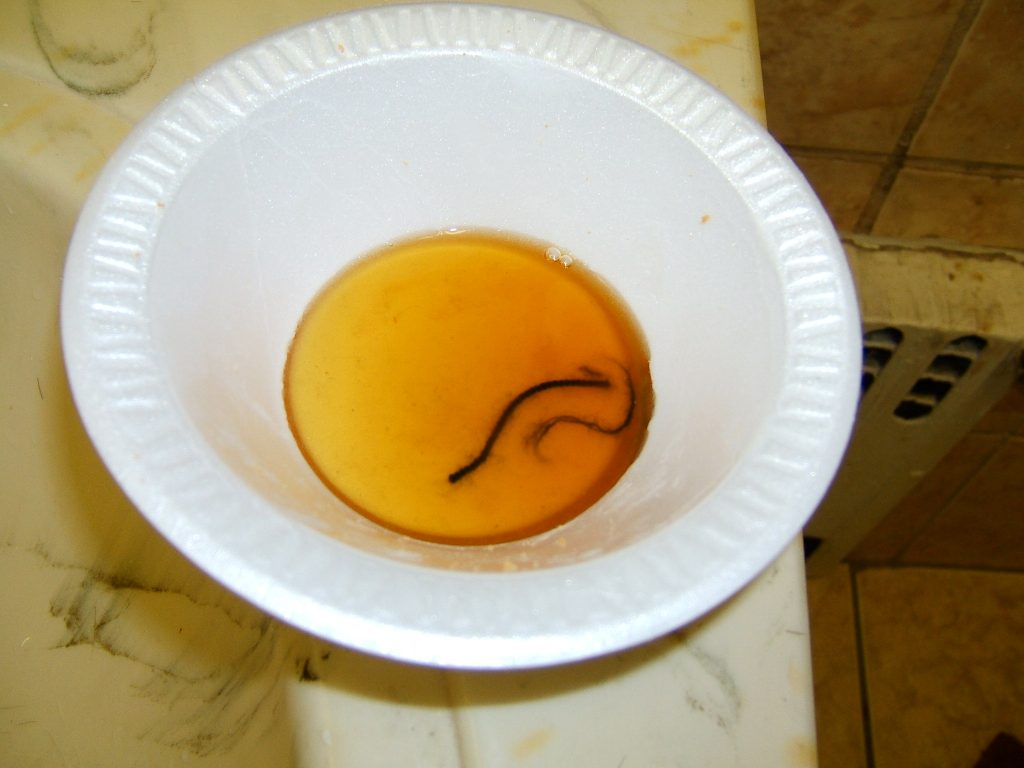 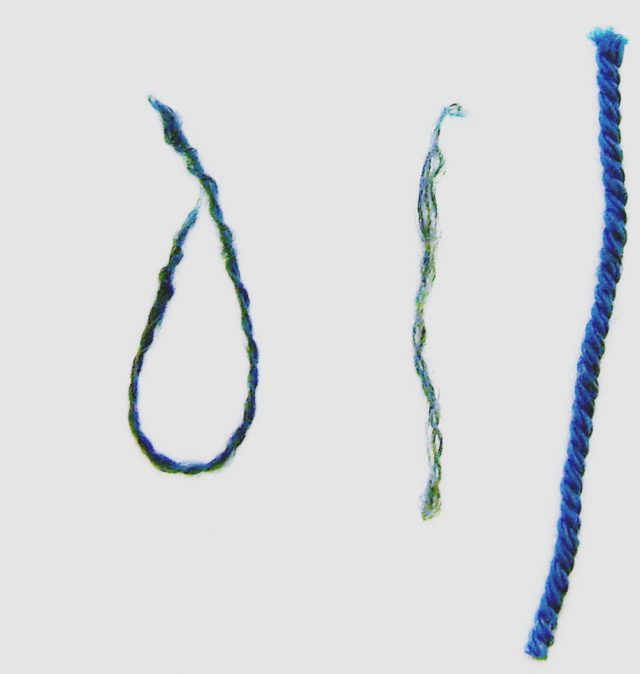 This clearly demonstrates the relative weakness of ancient indigo linen thread compared to today’s murex dyed wool thread, as well as a possible re-enactment of the test. Now, the following “outs” with this experiment are:

1. This indigo naturally got weaker over the span of over 1,500 years.

2. The indigo thread used was linen, not wool. A better test then would have been with murex dyed linen, though according to Halacha that’s not kosher for “Techeiles.”

3. The best test would be to use ancient indigo dyed wool versus murex wool, but getting any ancient fabrics, let alone for testing, is a challenge.

This therefore means the results aren’t 100% conclusive. By using linen (which doesn’t hold as well) for ancient indigo and murex dye for wool (which holds better), it’s like putting “kid gloves” on one fabric and “adult gloves” on the other: it’s not a fair comparison. What would be fairer is if ancient indigo dyed wool was provided, then tested alongside the murex dyed wool string. The problem is though that, good luck in getting any fabric from over 1,000 years ago, let alone one dyed with precious indigo!

Another possible alternate (which wouldn’t be “the test” of the Gemara) would be to experiment with murex-dyed linen and see if that fades off. If it doesn’t then great, but if it does, then the above test proved nothing. Another problem from the test from a scientific standpoint is: a) if specific quantities/ratios were involved, b) if the second test involving baking/heating was required right after the urine test, and c) if the fact that Chazal weren’t more specific about this was because it was to be more of an allegorical reference for us to “learn” from.

P.S. Yehoshua Yankelewitz told me that his test wasn’t meant to replicate the tests of the Gemara, of which we have no idea about. The text in Levush HaAron and many others therefore misunderstood him. The purpose was to disprove R’ Shlomo Miller’s wild statement that murex blue and kala ilan blue are the same chemical and both will fail (regardless of the fabric). The test was to disprove that notion, such that fabric quality mattered. He further added that that in Lomdus, there’s a Kasha (Kushiya) and a Shayla (She’aila). A Kasha is meant to prove one thing over the other, and a Shayla is meant to ask for the purpose of possibly understanding something better. Yehoshua’s test was meant to turn R’ Miller’s Kasha into a Shayla. -RH