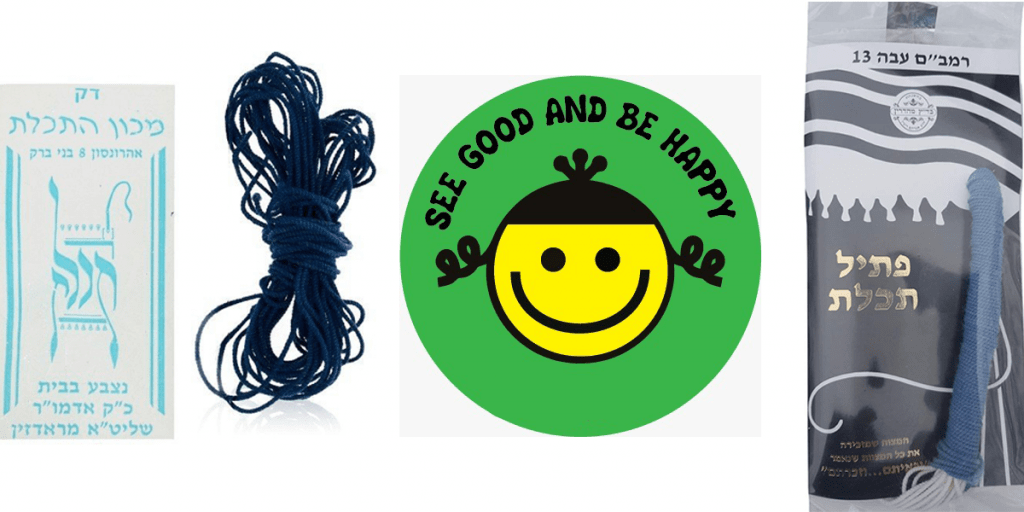 After the destruction of the 2nd temple, it was less certain which fish/squid was used and the process to make the dye. Still the mitzva of Tzitzis exists, albeit in a less than perfect manner.

R’ Gershon Henoch Leiner in the 1880s was a huge Gaon in the Torah and he set out to find the Chilazon based on Simanim. He visited an aquarium in Naples, Italy, and claimed he found it: the cuttlefish. He wrote 3 books claiming to have found it, and manufactured how to produce the dye. This was in the year 1888 (Tarmach). He faced tremendous opposition from the leading Halachic authorities at the time including the Aruch HaShulchan. “Who are you to come after 2,000 years to find it?” They brought from many sources (Midrash, Gemara, Zohar) that only when Moshiach comes can it be re-found. He wrote back that we are in the birth pangs of Moshiach so it’s appropriate that now it’s found. This of course entered the Breslov world.

You have big shoulders for those wearing and not wearing.

In the mid-late 1930s, the Radzyner Rebbe’s son was Rebbe, and while he wasn’t as great as his father, began to continue manufacturing the squid dye imported from Italy. Rumor got out that he’s not doing it the same way as his father was doing it. Many Breslover Chassidim who were disciples of R’ Avraham ben R’ Nachman, stopped wearing it as it lost its validity, since why should they stick their necks out if it’s not the real thing? So many students of R’ Avraham ben R’ Nachman like R’ Levi Yitzchak Bender for example, stopped wearing it. Others that didn’t hear/believe the rumor, like R’ Yochanan Rosen, continued to wear it in Israel. So there are now three groups. One from the first camp, and two from R’ Avraham ben R’ Nachman. To this day Radzyner Techeiles is being produced in Bnei Brak based on the original recipe.

After all this, a story is recorded of a later generation Breslover Chossid named R’ Yisroel Halperin Halevy Karduner, buried in Teveria. He revealed that he had a dream with R’ Nachman. R’ Nachman in his book Moharan writes that it’s a big thing when someone sees him in a dream, some see him as young, some old. It came out because it was as needed. In his dream, he asked R’ Nachman if he had to wear the Techeiles and R’ Nachman responded “Lav Davka” you don’t need to wear it. It doesn’t make you any less of a Breslover. You won’t be judged either way. That therefore created a fourth group.

From this we see the variety of Breslov. Not all Breslovers wear Techeiles.

There’s a story of R’ Yitzchak Herzog who received the Radzyner formula and sent it to scientists to analyze, and they found that it couldn’t be due to the fact that that blue is due to a chemical reaction. That’s when R’ Herzog did his porphyrology research for his doctorate and revealed two snail candidates. So some Breslovers today now hold of R’ Herzog’s candidates.

This is why there are so many nuances today among Breslovers wearing Techeiles. Just because someone is Breslov doesn’t mean he wears Techeiles and vice versa. Also there are Breslovers who dress simply like Litvaks.

Given by Rabbi Meir Elkabas.

Order of Succession for Megillas Setarim

The following is derived from: https://www.kotzkblog.com/2016/11/100the-secret-manuscript-from-r-nachman.html

(Tzirel, daughter of R’ Lipvetzker, Tzirel, accosted and rebuked him (R. Chazan) for not transmitting the code and interpretation of the secret scroll to the next generation while he was on his deathbed. But R. Chazan had already lost his faculty of speech and, while the coded scroll survived, he died taking the secrets of its interpretation to his grave.

1963 the scroll was smuggled out of the Iron Curtain by R’ Gedalia Fleer [R. Gedaliah Fleer was originally from Brooklyn, and was the first ‘westerner’ to visit Uman, the burial place of Rabbi Nachman in the Ukraine, after the Second World War. He also was one of the early writers to introduce Breslover teachings to the English speaking world. (I obtained a copy of one of his books about thirty years ago and it left a profound impression upon me at the time.)].

Back in Jerusalem R. Fleer showed the manuscript to R. Lippel (a student of R. Avraham Sternhartz, another major exponent of Breslov, who had escaped from the Soviet Union in 1940). R. Lippel claimed R. Sternhatz taught him how to break the code of the script while the two of them were still in the Ukraine.

At first R. Lippel refused to divulge the code to R. Fleer but eventually did, on the condition it remain a secret. R. Fleer made copies of the text which he distributed to some members of the Breslover community in Israel but withheld the ‘code’ and interpretation as to its meaning. 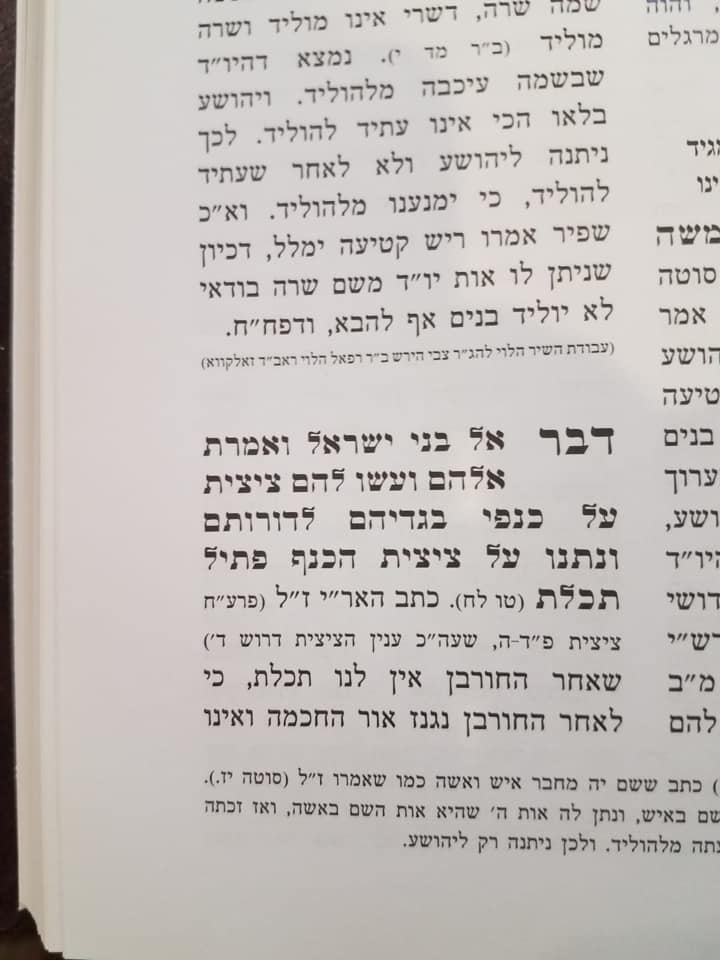 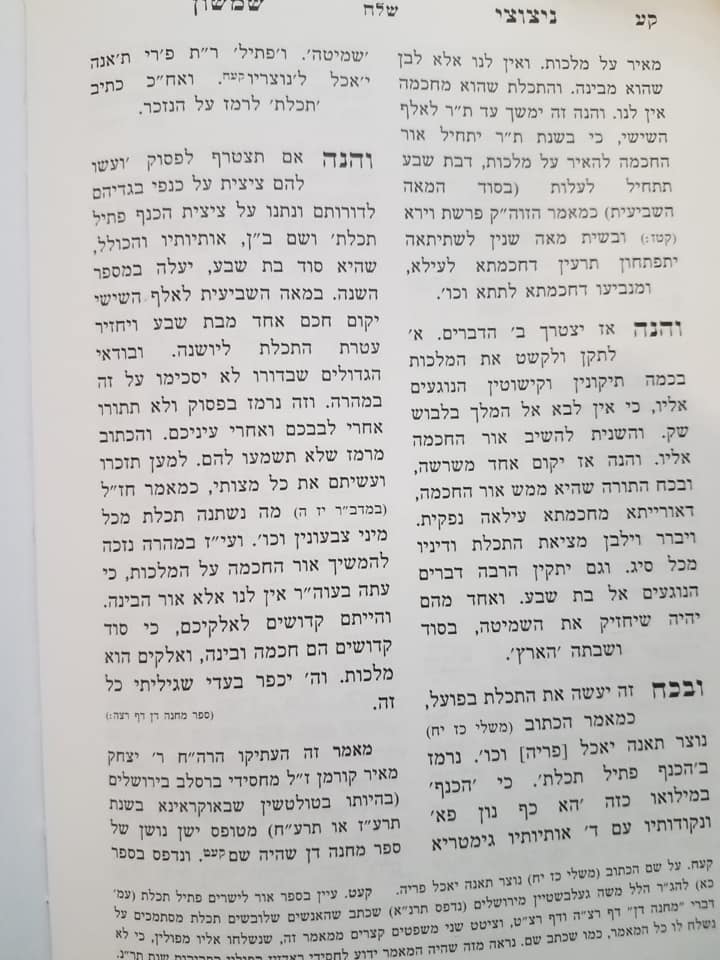