In this past week’s Parasha, Parshas Mishpatim, we see a complete contrast from the Parasha before, Parashas Yisro. In Yisro, Yisro, Moshe’s father-in-law, went to give his son-in-law his wife and sons after Moshe redeemed the Jews from Egypt. Yisro then stated boldly, “I am your father in law Yisro.” After that Yisro surveyed the scene and gave Moshe advice on how to run a nation of Rabbis. My guess is that if it were Moshe’s mother-in-law he nev

Then later on the Jews heard the Ten Commandments and said “Na’aseh V’Nishmah,” we will do and we will hear. They had reached a level where they were worthy of receiving Divine Revelation. They learned many Chiddushim about “I am the Lord your Gd” and “Don’t worship any other gods before Me,” etc.

All of a sudden, the very next Parasha we see a laundry list of mundane laws, regarding money, etc. and starts with how to treat a Hebrew slave. He should work for six years, seventh he goes free. He goes out as he came in, if he married, he leaves with his wife, but the children remain with the master, What’s the connection of a Hebrew slave and the previous Ten Commandments? 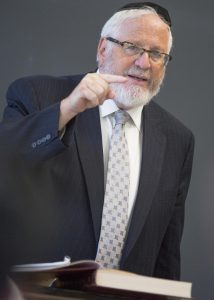 I recently heard from Rabbi Yaakov Felder Shlita of Toronto’s Shomrai Shabbos Chevra Mishnayos shul (and previously from Rabbi Yehuda Shmulewitz Shlita) that an Eved Ivri (a Hebrew slave) is going through rehab. A Jew gets arrested due to stealing, not paying debtors, which usually results from poor upbringing, bad manners, etc. When he goes into a stable, loving Jewish family, he sees mannerisms that he was never exposed to previously. Whatever the master has the slave must have. If the master has two pillows, give the slave one. If the master has only one pillow, he must give the slave that one. Generally, after six years the slave will be tremendously inspired by the Chessed and Ahava that he saw that he will go out as a much better person.

Compare that to the current Westernized prison system. Rabbi Felder said that he once met someone who would work part-time as a correctional officer. Rabbi Felder asked him, out of all the people committed to these prisons, how many actually came out reformed? The correctional officer replied, in all honesty, about one in ten thousand. The person learns new tricks on how to kill and steal, and hears Shiurim on these topics from the best convicts in the world. If anything, he gets worse, not better. This says how well our current system works, and while it works in getting these kinds of people “off the streets,” it doesn’t work in making them better citizens, which really is what the system should be all about. Surrounding a criminal with criminals will make a criminal (say that five times fast) worse, not better. But surrounding him with fine people will influence him to be better. After 6 years, it’s nearly guaranteed to work every time.

Rabbi Felder also noted that a certain Rabbi Morton Green from Hamilton, Ontario arrived fresh out of Yeshiva University many decades ago, 40-50 years. At the time, the two largest Jewish movements were Conservative and Reform. Conservative and Reform both had money for nice temples, Orthodoxy had nothing for a nice Shul. Rabbi Green felt that if Orthodoxy was going to survive, let alone flourish, and bring in Shul members, it must improve its facilities. At the time, the Shul needed $250,000 to improve its facilities, which by todays standards would be probably in the millions, or tens of millions. Rabbi Green went to a local branch of Royal Bank and spoke to the branch manager to seek a loan. 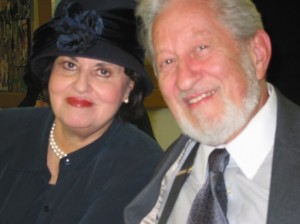 The manager asked him, what branch of Judaism was he, Orthodox, Conservative, or Reformed? Rabbi Green knew that saying “Orthodox” at those times meant the kiss of death. For Goyim, it was easy to relate to Conservative and Reformed Jews, but who knew what Yiddish those Orthodox Jews were saying behind their backs? Rabbi Green hesitatingly whispered, “orthodox.” The manager needed to hear it a second time since the whisper was so low. The manager then said, “Ok, come back to me in a few days.”

A few days later, Rabbi Green went to the manager, who told him, “Alright, young man I’ll help you.”

Unable to believe his good fortune, Rabbi Green asked why he was willing to help. The manager told him that when he was a child growing up in Timmins, way up in north Ontario, his father had died, leaving his mother to raise five young children. The owner of general store, an orthodox Jew, called his mother in and told her that as long as he owned the store she would always have food and clothing for her children. Fifty years later, the manager told the rabbi, he was finally able to repay that orthodox Jew.

The influence that that orthodox Jew had on that kid, as minor as that small act of kindness was, was instrumental in making Hamilton, Ontario the vibrant Orthodox community it is today.

This, therefore, is where I see the connection between the Hebrew Slave and the Ten Commandments. When we perform a minor act, be it kindness or not, the consequences can be so far-reaching that many of us won’t be privy to see the full results, like the Orthodox Jewish storekeeper in northern Ontario. Similarly, knowing that “I am Hashem,” etc. shows that when “bad things happen to good people,” what bad that does happen is also part of a master plan that is so far-reaching that many of our generation and the next may not be able to see the results. We just need to know that whatever happens is for the best in the long run.