This story was told to me a number of years ago by the Hornosteipler Rebbe, R’ Twerski of Ateres Shloime, who in turn was told about this from Chachmei Sefarad:

Don Isaac Abarbanel was perhaps one of the foremost Torah Scholars of all Jewry, let alone Sephardi. A story is told about him when he was about to give Shiur. Don Abarbanel had throngs of Talmidim, and would give a daily Shiur. However, prior to each Shiur, he would enter his quarters for a few minutes no matter what before re-emerging. While many wondered what he was doing behind closed doors, one had the Chutzpah to try and find out. 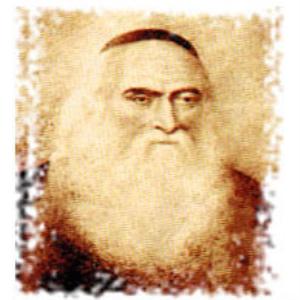 This Talmid (student) entered the Rav’s quarters shortly before the Rav himself did, and hid in an adjoining closet, keeping the door ajar. Once the Rav entered his quarters, the Talmid peeked out to see what was going on. What he saw shocked him. The Don, Isaac Abarbanel looked in a mirror and made all sorts of funny faces at himself! The spying Talmid was shocked beyond belief. How could the Rav be doing this, and how could he himself have even thought of spying on his Rebbi?

The Rav left his quarters, and went the deliver his Shiur. The Talmid followed, but was white with shock and naturally couldn’t focus on the Shiur at hand. The Don noticed, and brought him aside afterward, asking him what was wrong. The student replied, shame faced, what he saw, and asked respectfully what was going on? The Don replied, “everyone has their Shtussim (nonsenses). People say and do questionable, silly things all the time. I, however, am the Rav of thousands of people, and everyone scrutinizes each and every action that I do. While everyone has all day to do their silliness, I have, what, 5 minutes before shiur? These 5 minutes for me are spent in relieving my own Shtussim, getting them out of my system.”

Remember, Rabbis are human beings, too.

← Parshas Vayera-Chayei Sarah 5770 – Losing Ones Job, Not Seeing the End of the Tunnel Right Away, and Eventual Reward
Yeshiva Guy Says Over a Vort – XtraNormal →