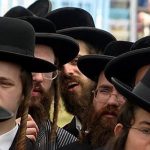 According to the Yeshiva’s charter, it is forbidden for a student of any age to hold a valid driver’s license. The charter’s third chapter asserts: “A yeshiva boy (anyone who is unmarried) shall not drive a vehicle and must not hold a driver’s license.”

According to the students, the school’s staff investigated the driver’s license issue in cooperation with the Transportation Ministry. One of the expelled students told Ynet he was furious that his personal details in a government database were compromised.

The ministry issued the following response: “Entering the Transportation Ministry’s database while pretending to be the owner of a license is an offence. The ministry is aware of the problem and seeks solutions that would prevent unauthorized parties from eliciting information about driver’s license holders.”

In addition, the students are upset that some members of the yeshiva were granted permission to hold a driver’s license after all. “It caused plenty of bitterness, as if only the well connected can hold a license,” one student said.

Most of the dismissed students are among the yeshiva’s older members and almost all of them are 22-years-old and above. They are also angry that their names were published, thereby making it difficult for them to find an alternate yeshiva to attend.

From a personal perspective, I can see both points here. From the Yeshiva’s end, a private school has every right to impose rules. And, if the boy doesn’t like those rules, no one is saying that he must attend. If he WANTS to attend, then he must follow the rules.

There is also a bit of rationale here mixed with the Israeli mentality. A common question among secular and “Dati-non-Haredi” Israeli Jews is, “why don’t you serve in the Army?” In fact, many Israelis are saying that a bit of Army time for these young men is what they need!

The Yeshiva’s answer is that, if the boys aren’t fighting in the physical army, they are fighting in the spiritual army and therefore must waste as little time as possible. One must learn with the “Army mentality.” Therefore, no shpatziring, no driving around “seeing the sights,” etc. And, in the Yeshiva’s experience, those with drivers licenses tend to waste more Yeshiva time than those without licenses. Therefore the prohibition was made in place.

On the other hand, however, I can see why the young men were miffed. How can two wrongs make a right? The boys owned drivers licenses, which they should have obtained after leaving the Yeshiva rather than while in Yeshiva. However, the Yeshiva administration chose to impersonate government agents to get what they wanted, is committing the severe crime of identity theft. In the end, the general public it seems will either

1. Side with the boys rather than the Yeshiva, or
2. Side with no one, maintaining that every Yeshiva person should get a real job.

← Rabbi Amnon Yitzchak vs. Neturei Karta
Have Doubts of Reincarnation? Check out this Banned Proof of a WWII Pilot that Will Shock Your World! →