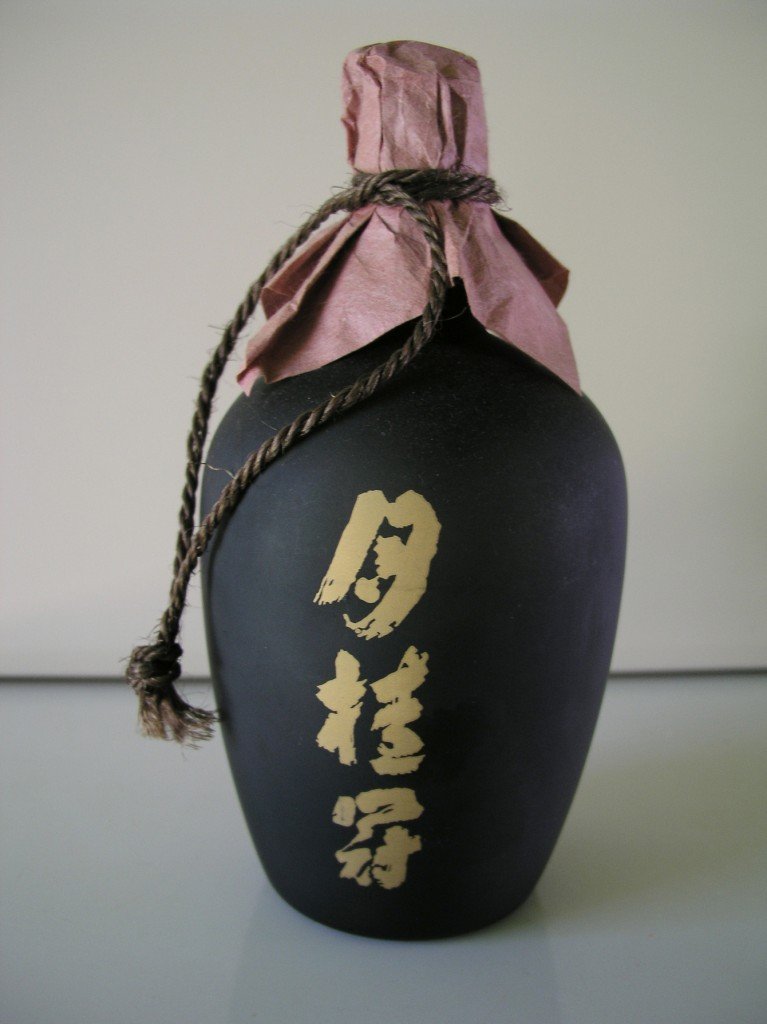 One of my former co-workers who is Japanese introduced Sake (Japanese rice wine/beer) without a Hechsher. The question posed was “why?” All ingredients are natural, however, since all ingredients are “Kosher” and the utensils are (presumably) only used for rice beer, what could go wrong? At the time I decided to stay on the side of caution and leave it up to the Rabbis to decide. I asked the OU and COR. The COR still is doing research, however, the OU provided me with a response. I decided to leave names out since I saw no point in such-and-such person getting hate mail.

Bottom line, it has mainly to do with Bishul Akum. Rice falls under that category since it’s in an edible state beforehand. With regular beer/whiskey this is not the case as a) in it’s original state it’s not edible, unlike rice, and b) by the time the wheat is edible, it’s surrounded by water which “cancels” it out. That’s why with unflavored beer and whiskey we can consume without a Hechsher.

What about rice being “fit for a king?” Well, that rule is very subjective based on the time and place. However, in the United States they serve rice at state dinners, hence the rule applies with rice.

Therefore, L’Chatchila it needs a Hechsher, but there is apparent room for some degree of leniency.

Quick question on Sake (Japanese rice beer): Which (if any) ones are Kosher and which aren’t? I recently read on oukosher.org (http://www.oukosher.org/index.php/common/article/1378391) that according to R’ Herschel Schachter, not all Sake is kosher due to Bishul Akum due to the rice being steamed. However, others state that steaming doesn’t constitute Bishul Akum.

I guess that, if this is the issue, then what about regular beer where all non-flavored beers are Kosher? What process do they go through that prevents them from falling under the category of Bishul Akum?

Lastly, in the end, L’Chatchila/Bedieved is one allowed to drink Sake?

Thanks for your question.

Your first question is: which (if any) are kosher and which aren’t? I can only speak about the production under (and certified by) the OU, and don’t have information about other companies.

If you can give me a little bit more detail in terms of what your question is as it relates to b’dieved I can address it more directly.

With Sake, there is no bedie’eved as it’s not “after the fact.” I was in doubt so I didn’t even bother to drink it. However, if I am able to I would like to try it and need to know if it needs a Hechsher or not. Like you mentioned, the problem is that the rice is edible beforehand and therefore there’s a difference. That said, why does it being edible make a difference?
Also, what about the requirement of the “bishul Akum” that has to be fit for a king? Does that apply with rice?
Answer 2:

As you know, if a food is inedible raw and is prepared in a way that it is fit for a king, then it is subject to the requirement of bishul Yisroel. Rice is an example of a food that meets these criteria. In contemporary terms, the criterion of “fit for a king” can be met if it would be served at, for example, a state dinner. Rice is.

At an early production point in the manufacture of sake, rice is steamed, and is edible, and presentable. Afterwards it’s mixed with water, made into a slurry, and fermented, eventually, to sake. Rav Schachter thought that if the rice were prepared by a non-Jew, and assur, the issur is not undone by the later processes.

With beer, the barley is not edible in its “pristine” state. It’s mixed into a slurry and the mash is the raw material for beer. The barley is never in itself assur; when it becomes beer, and edible, it’s already batel to the water, as Tosafos discusses in Avodah Zorah (31b).