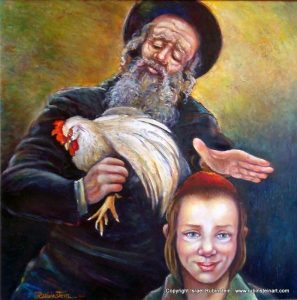 This post originally appeared on DovBear two High Holiday Seasons ago: Why I Won’t Be Waving a Chicken Over My Head This Week and on my blog last year.

For hundreds of years, rabbis have been trying to ban kaparos. The Rashba, the Ramban, the Bais Yosef and more recently, the Aruch Hashulchan all wanted to ban kaparos. Some did, and no one listened, others did not because they knew no one would listen.

Classically, the primary halachic objections to kaparos are the issue of “darkei Emori” (pagan ritual) and the likelihood of flawed shechita due to the high volume of chickens being shechted in a short amount of time.

Kaparos lives on. In fact kaparos with chickens has only increased in popularity in my lifetime.

I think it is time to end the kaparos with chickens custom. Here is why:

Why do we need a diyuk? Because some people don’t use common sense (1-8) unless there is a “source” in a relied upon halachic decisor. So for them…

“(Use the chicken that you use for kaparos for your erev Yom Kippur meal or to provide a meal for a poor person.) One is not permitted to search for a WHITE chicken to use for kaparos. This is avoda zara. Whatever one has on hand is what they should use for kaparos.”

I think it is fair to say that the Aruch Hashulchan is saying that people were shechting a chicken for the seudah anyway (the same way they would if they would shecht a chicken for any festive meal), they were using a chicken from the backyard. Everyone had chickens that they would use for eggs and eventually for meat, if they wanted to use one of those chickens for kaparos it was okay. However, it was not permissible to seek out a specific chicken (like a white chicken). One was only supposed to use what was on hand.

I think it is likely that the Aruch Hashulchan would prohibit using ANY chickens today when we are ALL seeking a specific chicken as none of us have chickens on hand. The idea was that if you were already shechting a chicken you could add some extra meaning to the procedure by contemplating the irony of the situation. As you were heading to judgment, you were killing a chicken. But for us, who never touch chickens (unless we are shlugging kaparos) are in effect doing just what the Aruch Hashulchan prohibits – seeking after a chicken for kaparos.

“This image was taken this morning, where a few thousand chickens are “resting” after a long travel to Williamsburg Brooklyn where they will further be taken for distribution to be shaken up and be repacked in their crats for the return trip on Mon, of course the the only thing that goes into the mouth of the chickens are the feces of their upstairs neighbor chickens (imagine the chicken who lives on the level 1 crate)…… What a shame!” 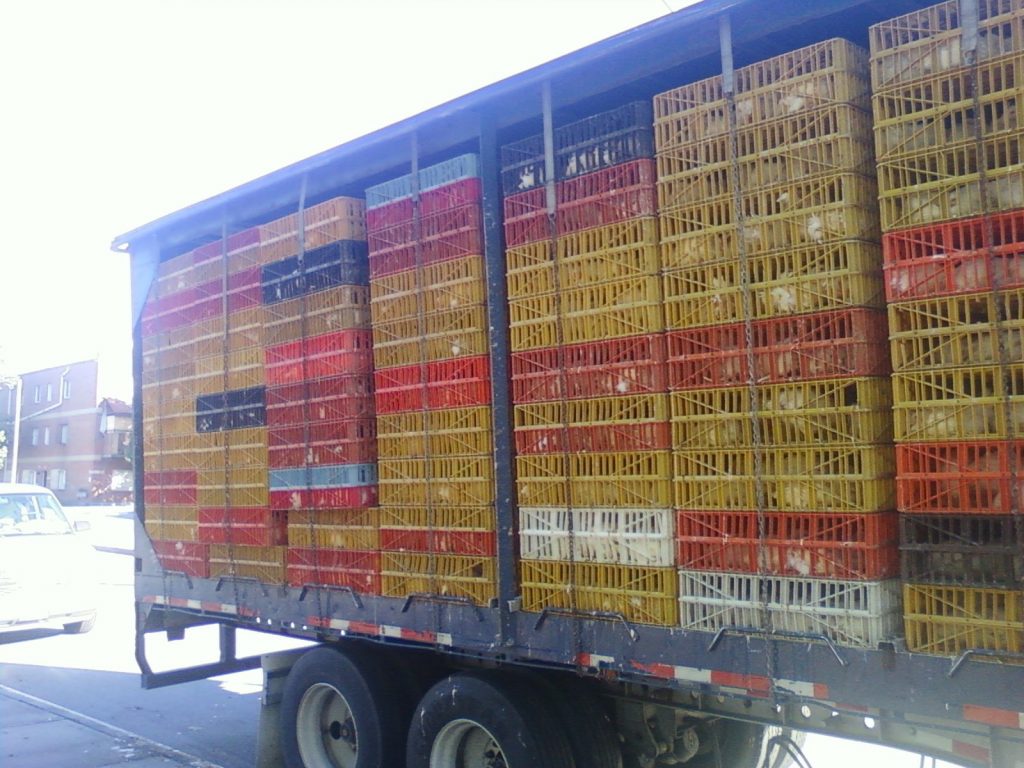