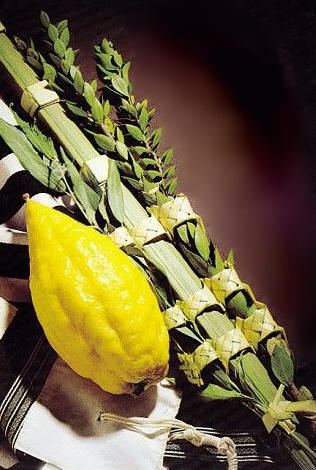 The Midrash quoted above is well known to everybody, together with other examples in the Midrash which extol the virtues of unity as symbolized by the gathering together of the Four Species on Succot. “Let them be united within your hand” (see: Yechezkel 37:17; see also the vision of the Dry Bones). Many sermons have been taught based on the ideas of this well-liked mitzva of holding the Four Species together while declaring, “Give thanks to G-d” [Tehillim 118:1] and “Please, G-d” [118:25].

In spite of the great flow of existing ideas, I would like to share with you a new and fresh insight, based on an approach by Rabbi Yitzchak Ginsburg, from the book “Olamot” – Worlds (New chapters on Kaballa and Chassidut), edited by Nir Manussi, a member of a group who study regularly with the author, who is one of the most original thinkers of our generation. What appears below is based on the article, “Unity of the Unities,” reworded as I saw fit, with added emphasis based on associations that occurred to me as I read. According to this deep approach, the Four Species represent four different types of unity/sharing that we can recognize from life in general. All the elements are symbolized very well by the botanical traits of the “species” gathered together as part of the mitzva of the holiday.

Four Types of Unity within the Nation

The hadas represents the shared root of the tribes of Yisrael, the unity of our source and our “race.” A major halachic detail is that the hadas must be “triple” – that is, that three leaves all stem from a single point on the branch, from a single root. This concept is relevant to the “hadas people” who feel a close relationship to other parts of the nation by virtue of the common roots and history. Thus, the hadas turns towards the past.

The arava is the symbol of the historical covenant. Among all the Four Species, it is the one that is “beaten” the most. It grows, as is implied by its name, in a mixture (“irbuv”) of species, a noisy environment without any grandeur. Fate has not been kind to it, and it has neither a pleasant odor nor any taste. The arava represents the fate shared by us all, the children of the covenant of Avraham. Because of this, we are obligated to bear responsibility for each other (“areivut,” mutual responsibility, is also related to the name arava). From this point of view, the arava can be seen as representing the present, for better or worse.

The lulav, which points high into the sky, is clearly meant to represent shared goals. The objective is high above us, in worlds that are at a higher level than we are. At the same time, it shows us that we should hold ourselves high and show some pride and a strong “backbone.” In terms of time, the ultimate goal of the species of a lulav is turned towards the future.

And finally we come to the etrog, which is held in the second hand, with a view of the other elements in the group. It represents general unity, the highest-level sharing of every aspect of life – past, present, and future, and the roots of both fate and mission, all within the confines of a single heart (“An etrog is shaped like a heart” [Tanchuma, Emor]) – all in a unified flow and all beating in perfect unison.

I assume my sharp-eyed readers noticed the unusual sequence in the above discussion: hadas, arava, lulav, and etrog. This is the normal sequence of the species in the realms of Chassidut and Kabbala, and it is reasonable in terms of the progression of time – past, present, future – all followed by the etrog, which is “beyond time,” in that it “remains in the tree from one year to the next” [Succah 31b].

“Unity” as a Way of Division

Everybody repeats the mantra: “unity” – “unification.” The people who are most fond of these words are in fact those who most want to divide and separate. (Note that the root of the Hebrew word “miflaga” – a political party – is in fact from “pilug” – to split off.) A perfect example is the historic split in the early days of the kibbutz movement into two rival camps, both of whom emphasized unity: “Ichud Hakibbutzim” and “Hakibbutz Hameuchad.” Or take the party called “Ichud Leumi” – national unity – which was indeed born as a combination of four rightist-nationalist parties, but also in a stormy split from the classical religious Zionist movement. Another example is the “Achdut Avodah” Party (laborers of Zion) in the early years of our country. And then there is the United Nations, which are united only in their consistent opposition to Israel. I understand (although I do not always agree) that sometimes it is necessary to split up because of ideological differences, but why should such a “split” be called “unity”? Is it always necessary for politics to make such a blatant use of oral sleight of hand?

In the coming holiday of Succot, let us remember that “all of Yisrael are worthy of sitting in a single Succah” [Succah 27b], which will encompass the Four Species and the four shared types in our nation, as discussed above. In the word “succah” – a cover – I hear an attempt to generalize and to include many different types under one envelope. But this does not necessarily mean complete unification, mechanical unity, or a blurring of real differences. The “Four Sons” of the Hagadda of Pesach have not changed, they are not all the same and they are not completely united – but even on Succot they can sit “in a single Succah,” under a shared cover of sechach.