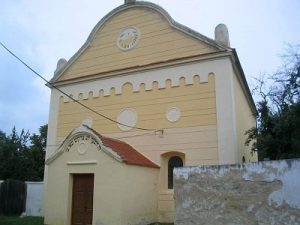 The Czechoslovakian Republic, outside of the historical lands of the Bohemian Crown (Bohemia, Moravia, and Silesia), stretches outward to include two great regions which previously belonged to Hungary: Slovakia and sub-Carpathia, also known as Carpathian-Russia.

The Jews fell into the historical-geographical arrangements of the land as three corresponding groups: the Bohemian-Moravian, the Slovakian, and the sub-Carpathian; and in the course of passing centuries these groups experienced their own particular destinies and today are sharply different from one another.
The Bohemian-Moravian Jews show a strong resemblance, physically and linguistically, with the Jews of Austria. Since the time of Czechoslovakian independence these Jews have undergone a process of assimilation. In Silesia it’s possible to detect a Polish influence. [Translator’s note: Silesia fell into Prussian/German control after the War of the Austrian Succession 1740-1748, and remained there until after 1945, when the Yalta Accords transferred it to Poland.]
In the western portion of Slovakia there are still lively Hungarian traditions, while in eastern Slovakia and the neighboring sub-Carpathia there has arisen a kind of Jew that appears comparable to the Jews of Galicia in a religious, cultural, and national sense.  Also, the economic conditions in East and West are very different.
In the early Middle Ages throughout the Bohemian and Moravian lands there was a very active commercial road that was centered over Prague. Jewish merchants from the Main (River) and the Danube regions used this road for their business trips to the East, as various merchants brought their wares from the East and from Byzantium to Prague, in order to exchange them for products from the West.
Ibrahim ibn Jakub [Despite the Arabic-looking name, he was a Jew, from Muslim Spain, who left behind a valuable document which sheds light on the history of Central Europe in the latter part of the 10th Century CE], who visited Prague in the year 965, described in a colorful way how trading developed there. Definitely at this time Prague had a Jewish development.
Around the middle of the 13th century about 16 communities were built up, in place like Brünn [today, Brno], Olmütz, Iglau in Moravia, in Eger and Budweis [the famous band of beer known as Budweiser originated in this town] in Bohemia. The Jews set forth as landlords, tax/toll takers, as merchants and as money-lenders. They established Prague as a commerce center, overtaking Mainz and Regensburg. They enjoyed a freedom of business, made possible by their toils and the general rise of trade and traffic.
The immigration (into this region) made gains in the 14th century. They pushed in from the Lausitz in the north [Lausitz, and Oberlausitz, are today SE regions of the former East Germany, along the Polish border south of where the Oder/Odra River joins the Neisse River, at Frankfurt an der Oder], from the west out of Brandenburg, Saxony, the Thüringian Forest and Franconia [vicinity of Nuremberg] via the border cities of Eger and Brüx, and from the south out of Bavaria and Austria.
The Austrian nobility viewed the emigration from their lands with concern, and agreed with Bohemia in 1360 that the latter should refuse Austrian Jews.
Until about the middle of the 15th century, Moravia and Silesia felt uneasy about Jews and so on its border warded off its Jewish migration. From the middle until the end of the 15th century Bohemia appeared to be a gathering point; 28 cities refused Jewish residents. Prague remained the middle point of the Jewish establishment. While at the end of the 14th century it already had refused 3,000 Jews, in 1516 it could welcome Jews, receiving them with celebratory costumes.
Economically, the Jews of Bohemia were not limited to a few professions, as was the case in Germany, where they were [legally] restricted. They had entry into land ownership and agriculture, professions, and piecework. They busied themselves with the export trade. [They had] weavers, miners, masons, and shippers under them. They were not all forced into the odious field of money exchange, something Christians did not readily practice but recognized as a necessary evil. Doctors did very well. The court [of the Bohemian king] accepted them into his service. A sculptor named Samuel Yomtov Wigales in the first half of the 15th century appears to have been beloved of the nobility.
[Jewish spirituality flowed forth] from Regensburg and from northern France, with its center of Talmudic learning. Yakob ha-Laban, a French Tosafist, and his son Isaac worked in Bohemia in the area of legal defense and exegesis. His student Isaac ben Moshe of Prague, the rabbi of Vienna, wrote the famous “Or Sarua,” a work of great historical value. The Prague rabbi Avigdor Karo, who experienced and described the Jewish massacre of 1389, had the joy of a calling over his community. Gedalia ben Salomon was a famous doctor and book-collector. Lippman Mühlhausen in Prague composed apologetical writings in the Hebrew language. In general the Jews served themselves with the Czech language and often carried Czech names.
In the first half of the 16th century, though, signs of a change could be observed.  In 1501 the Regional Congress of Prague declared a wish for the Jews to move on. It demanded the expulsion of the Jews on other occasions.