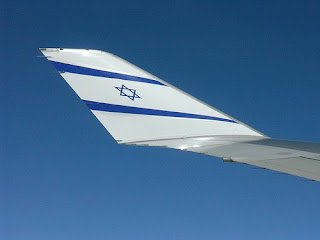 The oldest Jewish settlements arose in Cape Town, Kimberley, Durban, Port Elizabeth, and Burgersdorp. The settlements in Grahamstown and Graaf Reinet have dissolved. There was a (Jewish) community established in Cape Town, which is the oldest is South Africa, while in Johannesburg, which today houses the largest Jewish settlement in the country, the settlement was first built there in 1887, when about 88 settlers came in from England and Australia to develop the mineral wealth of the land.

In the 1870s, Jewish immigrants entered South Africa from Russia, via England. They sold wares to the Boers. It wasn’t difficult to learn Afrikaans, the language of the Boers, because of its similarity to Yiddish. The Boers, who hold the Old Testament in reverence, treated the new arrivals in a friendly way.

Among the pioneers of the immigration from the [eastern Europe] were men such as Samuel Marks and the Lewis Brothers, who promoted the foundation of oil, coal, copper, gold and diamond industries, and also alcohol, glass, and roofing tile industries. Marks played an important role in the peace negotiations between the Boers and the English in 1902, and was a special friend to Boer President Krüger.

However, because of legal quotas established in 1930, this immigration movement was severely curtailed.

Since the time of the census of 1904, which counted 38,096 Jews, the Jewish population of South Africa has grown considerably. The Jewish percentage of the population rose from 3.4 of the total population in 1904 to 4.2 by 1926.

The census of 1926 showed a Jewish population of European origin of 71,816. The Jews who originated from non-European lands counted only a few hundred. In 1921 there were 335. Some 93 percent of the Jews of the Union live in cities.

From the time of the first settlements the Jews have taken part in the political and community life of South Africa. Jonas Bergtheil immigrated from Bavaria in 1834 and was a member of the lawmaking assembly of Natal. Bergtheil’s efforts to resettle great masses of Jews from Germany was without great success; however there were many Jews who heeded his urging and came to Natal, and his name has never been forgotten in the families descended from the first German settlers.

Daniel Kisch undertook friendly relations with the chief of the Lobengula tribe and was a member of Krüger’s government. De Vries was a Jew from Holland who was the Chairman of the Boerish people’s council, and led the negotiations with Portugal which led to their withdrawal as per treaty agreement in 1869.

President Krüger had other Jewish friends and councilors. Simon Jacobs, a Jew from England, was a member of the highest court of the Province of the Cape of Good Hope. Sir Matthew Nathan was the Governor of Natal Province from 1907 to 1910. And the South African Parliament counted Jews among its representatives.

The Jewish communities have been united in a central body, the South African Board of Deputies. It consists of a central office for education, a South African-Jewish Historical Society, and a fusion of various B’nai B’rith lodges with the main lodge in Johannesburg.

The Jews of South Africa have long supported the Zionist movement to settle Palestine. The most commonly read English-language newspaper is the weekly Jewish Chronicle, which appears in Cape Town. In Johannesburg there has arisen a Yiddish newspaper called Der Afrikaner with English articles, and a literary monthly in Hebrew. There are nineteen Jewish schools, seven of which are in Johannesburg.

Jewish observance in South Africa is mainly Conservative, though eastern European Orthodoxy is of critical importance.

General Smuts, the foremost statesman of South Africa, has many times made published remarks about the Bible and Jewish spirituality, and esteems the participation of the Jews in the economic culture of South Africa. In 1920 he declared, “The Jews in South Africa have achieved the greatest of successes…. May they bring their participation and initiative to this land. We need them. South Africa promises to become one of their most noteworthy accomplishments. They are a big part of South Africa and will here become a still bigger part.”

At this time [Translator’s Note: the Great Depression] when most countries are experiencing an economic crisis, South Africa finds itself on an upswing. Next to the United States, Russia, and France, is South Africa the most mineral-rich country in the world, and now iron, steel, and textiles manufacturing are in a state of development. Industrialization is making enormous strides.

The district of Witwaterrandes, from Krügersdorp through Johannesburg to Springs, can be compared to the Ruhr district [of Germany]. There is a growing development of gold, wool, corn, sugar, skins, furs, and fruit and wine.