A few months ago, on January 16th, 2013, I was at Mount Sinai Hospital where my wife and I were blessed with our third child. I stayed at the hospital for 2-3 days and davened in the shul behind the Second Cup at the main entrance. The setting looked familiar: empty room, mechitzah, and worn out Sefarim. One Sefer took me by surprise, and that was an old Sefer Chofetz Chaim. Out of curiosity I looked at it and saw that it was from 1884 by adding the large letters from the title page. It wasn’t a first edition, but it sure was valuable and I thought at the time that it was a first edition copy.

While it would have been too easy to just take the Sefer and leave, I knew that wasn’t right and therefore contacted the only Rabbi I knew that operated in the vicinity – Rabbi Ron Weiss of Sick Kids. He decided to take the Sefer for safekeeping (lest someone else take it). Since the issue had to do with it being in the vicinity of Mount Sinai and the owners might have wanted to auction it off to make a quick buck, decided to contact Rabbi Bernard Schulman, the current Rabbi of Mount Sinai, to be certain. Rabbi Schulman in turn decided to try contacting the original owner. Contacting the original owner was a whole Maaseh as the name of the person’s mother (Sarah Ginz) was found in the inside cover. The family had to be contacted and then once it was determined who was the owner (the Rabbi Ginz that used to be at Mount Sinai before), he had to be contacted at his new home in Israel! 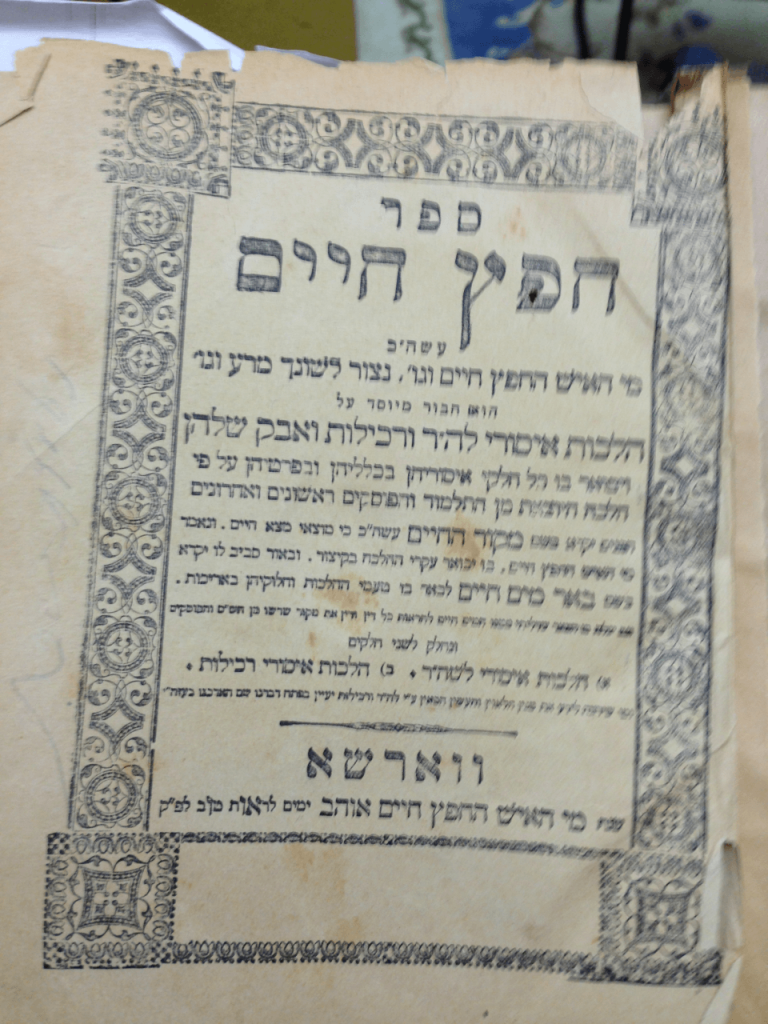 Suddenly a barrage of emails were exchanged between Rabbis Weiss, Schulman and then finally Ginz. What turned into 1 week turned in the week after Purim, then the week after Pesach then the month after that. Bottom line, 4 months later, on April 26th, Rabbi Moshe Ginz was contacted and replied. He said that I could have it. I picked up the book from Rabbi Weiss’ house Motzai Shabbos on April 28th, 2013, just when I completed my last final towards my Masters degree. Talk about a nice graduation present! Love it Bli Ayin Hara!