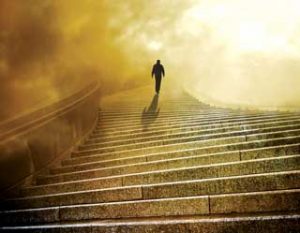 This is a true story about a Holocaust survivor and Bet Din of Shamayim.

Mr. Freedman, zt’l, survived the Holocaust but his wife and children perished in the camp’s ovens. After the war, he moved to Israel and began a new life with the horrors of the camps as his only companion. He did not wish to marry again and start a new family and was lonesome.

Even the money he earned meant nothing to him – his life was very empty and meaningless. He had no reason or need to spend money and over the years, it became a small fortune. He bought a house and had plenty more left over. He never b’h left HaShem but his Emunah was mechanic and emotionless. He would go to shul to pray daily but it was an empty prayer, without emotions.

The Rabbi of his shul was collecting tzdaka for his Yeshiva and he would go to people with no family and wished them all the best and blessed them to live in health 120 years. He explained to them that the Mitzvah of donating to Yeshivot holy books, food, chairs, etc. is very important and Shamayim judges this person favorably, even if the donator himself does not learn Torah. In Shamayim, this Mitzvah is very powerful to help others learn Torah.

Since this man had no family, the Rabbi explained to him that if he does not have a will and no family members, the State of Israel takes all his earned money , home, cars and uses for Hevel Havalim such as theatre, broadways and things that have no meaning. The man threw the Rabbi out of his home yelling at him that his only companion are the horrors of the war and the Rabbi is killing him before his time and there is NO way he is giving his money to Yeshivot. Two days later, Mr. Freedman passed away, a’h.

There were very few people at the funeral and no one really knew him well enough to make an Hesped. The Rabbi of the shul/Yeshiva attended the funeral and he approached the body of Mr. Freedman and spoke badly about him. He said that the niftar did not want to donate his money he can no longer use to the Yeshiva and he was selfish, etc. The people listening were aghast. What did this man do that he deserved such an Hesped? The Rabbi ignored them and continued to slander the man. He then turned to the body of the niftar and said to him “I hope that by embarrasing you, your judgement in Shamayim will not be so harsh on you”.

A few months passed and the Rabbi could not find peace. He felt guilty for what he did and kept questioning himself if he had the right to slander Mr. Freeman. He decided to go to the Kever of this neshama and ask for Mechila. When he arrived at his kever, he lit a candle for Mr. Freedman’s neshama, asked mechila (forgiveness) and said Pirkei Tehilim for this neshama.

When he came home, he felt relieved but exhausted. He fell asleep and Mr. Freedman appeared to him in the dream. He was dressed in pure white and was “shining”. He told him that when he died, he was taken to the Bet Din and he was shaking like a leaf. They began to read his life and when they got to the part of the Holocaust, they stopped. At that point, Tzaddikim came out of Gan Eden to escort him inside Gan Eden.

Mr. Freedman explained in the dream to the Rav that people that went thru the Holocaust, r’l, are judged different than others. Most holocaust survivors and non-survivers go to Gan Eden and are treated like Tzaddikim. The Hell of the Holocaust ERASED all sins and there’s no need to go to Hell again. Suffering in this world purifies the soul. These souls are treated in Gan Eden as pure souls, Tzaddikim.

He told the Rav that although he is sitting with Admorim, Tzaddikim, Rebbes, Mekubalim in high levels of Gan Eden, he has “shame”. The Israel gov’t took all his earnings and possessions and used it for nonesense and this brings him “shame”. And to make matters worse, he didn’t give his earnings to Yeshivot when he had the opportunity. Mr. Freedman’s neshama told the Rav that the Rabbi’s Hesped was also a chesed for him but he needs more to remove the “shame” completely.

The Rabbi woke up and knew that it was dream of Emet. He wanted to do a complete Chesed of Emet for Mr. Freedman’s Neshama and collected donations and with the money, the Rav bought Sefarim for his Yeshiva and dedicated it to Mr. Freedman’s neshama to erase any shame he felt.

Mr. Freedman’s neshama never reappeared to the Rav and the Rav knew that Mr. Freeman’s “shame” was successfully removed.

← The Story of Sharon Nachshoni
You and Your Mezuzah →