Exhibit 18a- Chanuyos. In the Bais HaMikdash a great room was built along the Southern Wall of Har HaBayis. It was almost 1000 feet long and 105 feet wide. Its single story was 100 feet high. It was called “Chanuyos,” the stores or mall.
When the Roman government limited the powers of the Sanhedrin, the Sanhedrin moved from their chambers inside the Azarah to the Chanuyos.

Exhibit 18b- Façade of El Aksa. The El Aksa Mosque occupies part of the site of the Chanuyos. The mosque’s architectural style is similar to the original Temple structure. 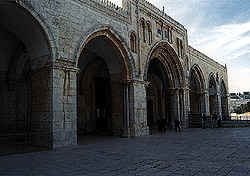 Exhibit 18c- El Aksa. The Chanuyos was called a basilica. That means that the center of the single-storied structure rose up higher than the two sides. The El Aksa too is a basilica. 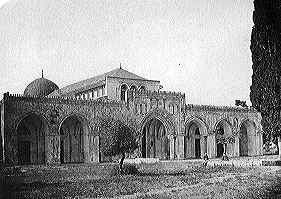 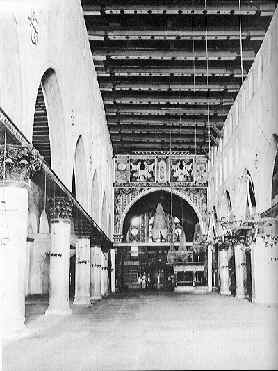 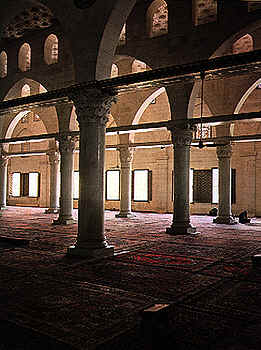