Exhibit 23a- Bridge Street. When King Herod (Hurdos) rebuilt the Bais HaMikdash, around the beginning of the common era, he built a private road which led from his palace to the top of Har HaBayis. The Bridge Street was supported by great arches and crossed the Tyropean Valley. 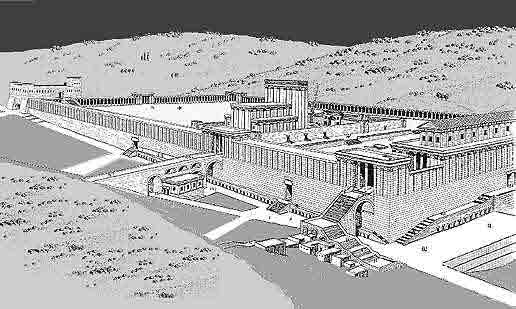 Exhibit 23b- Wall of the Bridge. Bridge Street was destroyed by the Roman invaders. It was later rebuilt in the thirteenth century by the Crusaders. Homes and stores were built on top the bridge, but a street continued run down the center of the bridge. From this side of the wall, Bridge Street is not visible because of the walls of homes and stores which are built on top of the bridge. The lower half of the bridge is still buried below the ground, but some of the upper portion of the supporting arches can be seen. 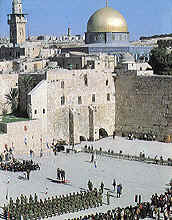 Exhibit 23c- Bridge Street Today. On the other side of the wall, Bridge Street is plainly seen. The Moslems call it Shalsheles Street. 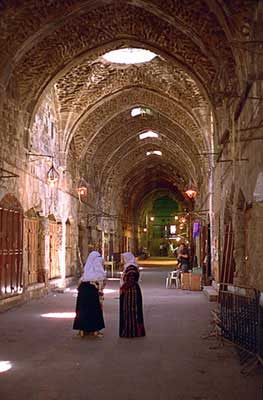 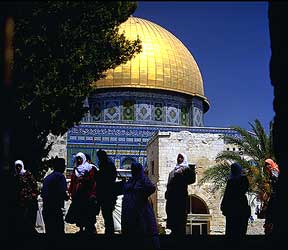 Exhibit 23e- Prayers on the Bridge. Bridge Street is in the beginning of the Moslem Quarter of the Old City. On rare occasion one can still see a humble Jew praying there for the rebuilding of the Bais HaMikdash. 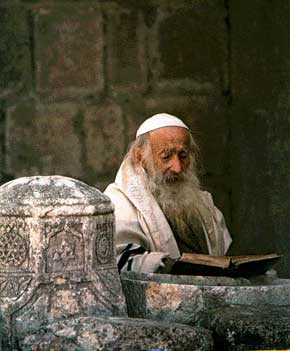 Exhibit 23f- Wilson’s Arch. The arch next to the Kossel that supports Bridge Street contain some of the original arch stones from the time of the Bais HaMikdash. They can be seen from inside the arch. The arch was named after Charles Wilson, a nineteenth century British explorer, who discovered it in 1864. 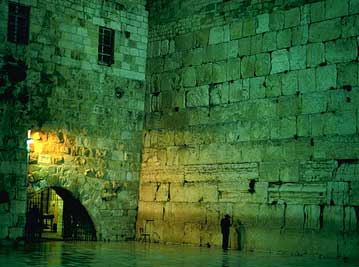 Exhibit 23g- Prayers under the Arch. The refuge of the arch offer a more private place for tefillos. 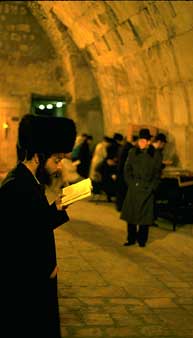 Exhibit 23h- “May it be Rebuilt”. Motzai Shabbos is an excellent time to visit the Kossel and the arch. There are no tourists defusing the holy atmosphere. 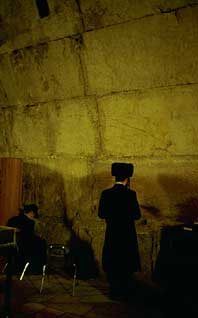 Exhibit 23i- Morning Prayers. Can you see any of the Herodian borders on these stones? Shhhhhh, we do not want to disturb his davening. 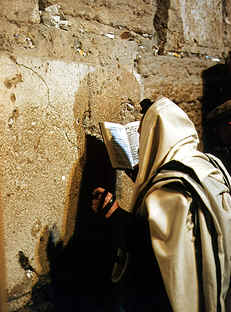 Exhibit 23j- Wilson’s Discovery. This drawing was made during Charles Wilson’s expedition when he discovered the arch that now bears his name. Wilson is the seated gentleman reading the map. 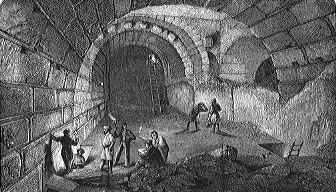 Exhibit 23k- Wilson’s Expedition. Charles Wilson made great contributions to our knowledge of the archaeology of the Temple Mount. 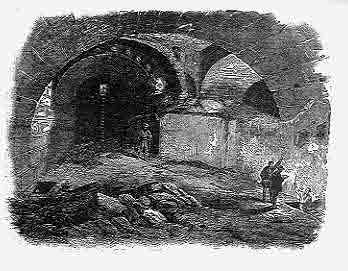