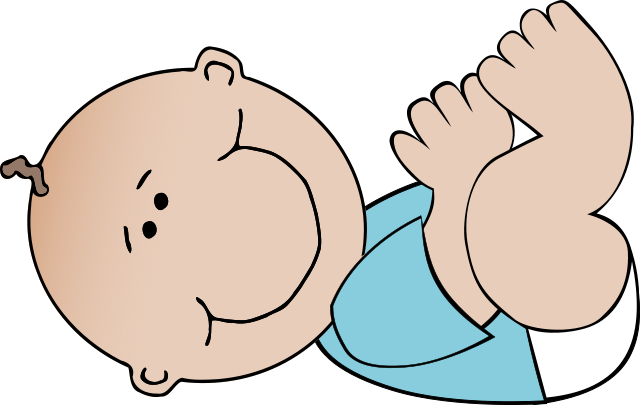 I would like to begin, by saying on behalf of my wife and myself, “Shehechiyonu vi’kiya’monu………..”, thanking Hashem, that he has given us the good health and strength, to be here tonight, at this wonderful Shalom Zachor. What a thrill it is for us, to be here with mishpacha, at such an auspicious occasion.

Speaking about my wife, she told me a few days ago, that she spoke to Meira by phone, and the bottom line of the call was, that the baby cried constantly, to which I replied,” That is great news”. And thus the topic tonight for me will be, why is it good news, that the baby was crying, and what can be done to stop the crying.

Let us begin, by tracing the steps the ben Zochor has taken, before he made entry into this world. He began by being in Shomayim, with Hashem no less. From there he lived within his Mother, but not alone. As we know, there is a Malach with him, who continued to teach him Torah, that he began learning while in Shomayim.

Now as we are taught, as he leaves his Mother’s protective womb, the Malach gives him a “putch”, such that he forgets, all that he had learned until now. Now here he is with us, and he cries, and do you know why? He wants to be able to learn Torah again. And if we can convince him, that this is possible, then we will see proof of same, for he will not cry any more. So how do we do that?

I do believe, it is through tefilla. We all undertake through tefilla, to ask Hashem to make certain, he will find opportunities to learn. And as we know, what we ask for in our tefillot, are always answered. But wait some say, is that so? Let us remember, how Moshe pleaded with Hashem “515” times, when he said “vi’et’cha’nan” asking Hashem for the right, to make entry into the land, but his request was not fulfilled. So how can we say, that tefillot are always answered. We say, they are answered, sooner or later. Let me explain by means of a story.

Let us reflect on a man, who lived in a secular kibbutz in Israel. He had one son, who he brought up as secular too. Then it came time, for the son to enter Tzahal, which he did. After his three years of service was over, his parents were very anxious to have him home. They waited and waited. Two months have now passed, and still no son. One day a friend approaches them and says, that he heard their son had enrolled in a Yeshiva, and is learning full time. They could not believe it. Their son in a Yeshiva. This was impossible.

Nonetheless, the Father ran to B’Nai Brak, to a noted Rosh Yeshiva, and asked him whether he knew where his son was. To which the Rosh Yeshiva replied, how would I know, check with the police. Then the Father said tot he Rosh Yeshiva, do you not recognize me? We went to the same Yeshiva when we were youngsters, and when we were about to graduate, my father came in, and gave me the following beracha,
” May you and your children grow into B’Nai Torah”. Ah said the Rosh Yeshiva, you can see, that his tefillot were finally answered, through your son.

Yes, yes, tefillot never go unanswered. Similarly with Moshe’s 515 tefillot, who knows how many times they were answered, as so many gained entry into the land, under seemingly impossible situations. So yes, we through tefilla, can assist our Ben Zachor, to begin to learn Torah.

As an aside, tefilla is so very important to my dear wife and myself. Let me explain. The gematria of tefilla is “515”. Now let us see what we can arrive at, if we divide “515” into 51 and 15. Would you believe, with the addition of this Ben Zachor, there are now “51”, in our immediate family. And would you further believe, that with this Ben Zachor we now have “15” great grandchildren kayn yirbu. But in order for this to happen, we must do our share. Let me further explain

We must have Hashem in mind, through our mind and heart. And can we do so? It is when we daven with our tefillin on, for the gematria of Rosh and Yad, as in Shel Rosh and Shel Yad, comes to, and are you ready, right on, to “515′

Next, we cannot forget Shabbat, and so if we take the rosha tayvot of “li’cha Dodi……
to nikablah”, and add one for the kolell, we arrive once again at “515”. And then which of our Ovot is known for tefilla? It is Yitzchak. For the first time he met Rivkah, she was in the midst of davening. And thus how very appropriate it is, that the gematria of Yitzchak and Rivkah is “515”.

Let us have a few more “:515’s, that indicate what we must do. The gematria of chessed and emet is 515. And then there is derech eretz, also with a gematria of “515”. And finally, upon whom will most of the obligation lie, to fulfill all these 515’s?
There is no doubt, it is the parents. And thus is it not fitting, that the gematria of Chosson /kallah plus “2” for each word also comes to “515”

And let us not forget the grandparents and great grandparents, who we all are sure will play a role, in assuring that our tefillot, for the new Ben Zochor of learning Torah will be answered, such that his crying in this regard, will come to an end

And yet we also hope and pray, that the new Ben Zochor, will live up to never missing the most difficult of tefillot, and I refer to Mincha. It is always easier to find time to daven Shacharit, before you go to work, and similarly Maariv, after work, but it is Mincha during the day, that is most difficult. But if we do so, then we will be connected to Shacharit and Maariv.

Wait one second, I do believe the baby stopped crying. Yes, yes, our tefillot have already been answered, and we look forward to him, becoming a genuine Ben Torah, at which times, we in the mishpacha, will “cry” out of pure joy. And may it be so. Mazel Tov, Mazel Tov.

← Room 39 – The Shushan Gate, a Hidden Gateway Mentioned in the Mishna
Why Did the Chicken Cross The Road? Rabbinical Style (Early Purim Joke) →