Exhibit 42a- Mighty Walls. The walls of the Bais HaMikdash are mighty, not only in their spiritual powers, but also their physical weight and strength. The great walls exert a pressure of over half a million pounds per square foot. Had the walls been built on top the ground, the weight would have caused it to sink into the earth and topple. Therefore, the wall began many feet below the ground level, at solid bedrock. 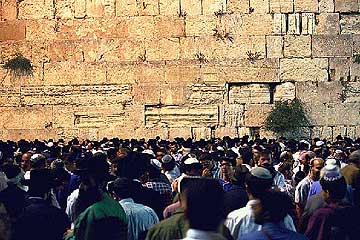 Exhibit 42b- The Shaft. In December of 1869, Wilson and Warren dug a mine shaft near the southeastern corner of the Temple Mount. They wanted to know how far below ground the wall went. To their amazement, the wall went down 80 feet below the ground level. 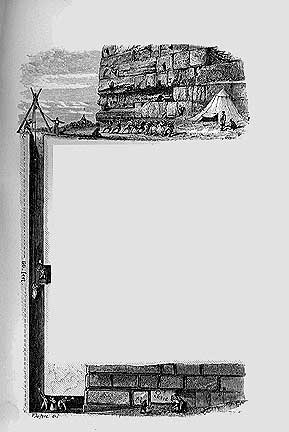 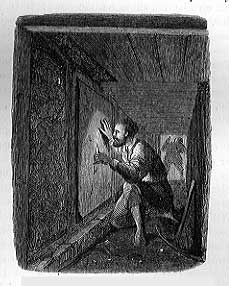