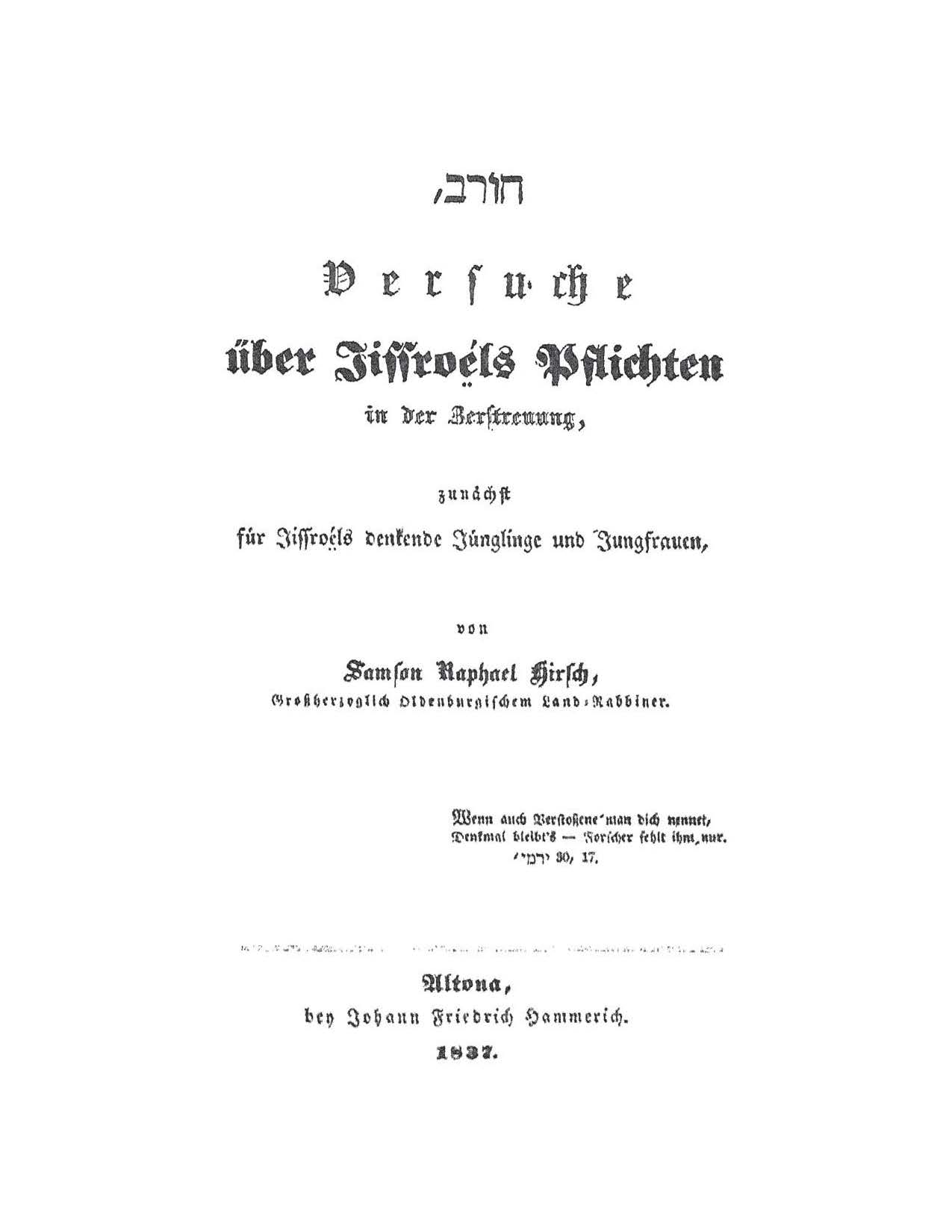 In 2004 I was in Landers and had recently read the R’ Aryeh Kaplan reader, cover to cover. In one of the essays R’ Kaplan mentioned the joy of finding old Sifrei Kodesh, where the pages were made from bleached rags (a more expensive, longer lasting material) and that the print was in some ways clearer than their contemporary counterparts.

I also at that time taken Jewish History courses as part of my core requirements, and was intrigued with German Jewry, the rise of Reform Jewry, and R’ Samson Refael Hirsch’s polemics in the form of the Nineteen Letters, printed in 1836 using the pen name “Ben Uziel,” and Horeb, initially printed in 1837. I even remember seeing a picture of the cover page at that time.

Intrigued at old Jewish books, I went to Shul genizahs to see what I could find, as well as eBay. In one eBay search I simply searched “judaica books” (or something like that) and on the search appeared a book that a gentleman from England generalized. Taking a closer look, it was a 1st Edition of Horeb for sale, in German!

I recall ending up winning the bid for the book, paying $66 plus $11 shipping. Within two weeks the book made it’s way across the Atlantic and into my hands. I was very excited.

When I showed it to my dorm roommate, his first response was, “that’s nice, but how can you study from it when it’s in German, a language you don’t even understand?” I noted his point and in 2-3 weeks, the excitement wore off. I decided to re-post in on eBay under a more proper title, and with the proceeds of the sale I would purchase English copies of those books. After all, my intent was, rather than owning Horeb as a book, I would read Horeb and have it as a part of me.

As luck would have it, I ended up selling the book, albeit for $99 (a $22 profit), to a frum couple living in Kew Gardens Hills, where I was dorming at the time. Of all the places in the world for the book to sell to, that’s where it sold. In fact, the couple emailed me requesting to pick it up, rather than pay for shipping. I remember sitting at Benji’s Pizza waiting, and remember the couple looking very Yeshivish (I don’t recall the exact features). We made the exchange, wished each other well, and continued on our separate ways. At a later time I bought both books as I had initially promised myself.

Though it was a sensible transaction and one I would do again, I can’t help but remember briefly owning that unique piece of history. The least I could do is transcribe the story here.