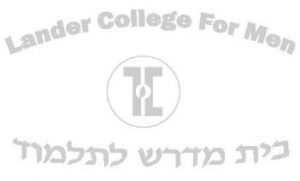 Lander College for Men is a fine institution of higher Jewish learning. It’s not an easy school to get into and an even harder school to graduate from based on the demanding schedule. I did it, though personally it wasn’t easy. When I enrolled in Landers in 2002 there were 54 guys including myself, down from 55 people the semester before. I was (somehow) accepted to their program and looking back, I’m glad I was as it helped me out in so many ways after I left. Here is a list on how a frum guy can survive that program (if he wants to).

I put this as #1 because it’s the simplest, yet most difficult one to do. Shacharis at 7:45 AM, Morning Seder at 9:15, Shiur at 1:15, Mincha at 2:30, night seder at 8-10 PM all the while pulling off a full college schedule replete with homework and exams and yet having some semblance of a life is not for the faint of heart. The reality is, they don’t give you demerits or penalize you for not showing up, but they will ask you to leave if you develop a track record of not showing up.

With Night Seder there is some leeway (shhhhh!!!) especially if there are scheduling conflicts with night classes or the need to get certain assignments done before a major deadline, so speak it up with the Mashgiach who is very reasonable.

2. If You Have Any Videos on Your Computer, Hide Them 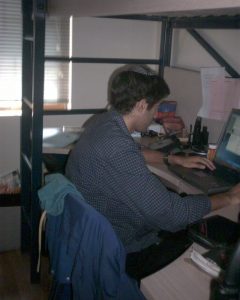 The official policy in Landers (at least when I was there) was that there were no movies allowed in the dorms. The real secret here was that you would have them but a) you don’t watch them during Seder times, and b) you don’t watch with too many people, as someone is liable to “rat you out.” Just keep it low-key and you’ll be fine.

I was recently told that since I was there movie-watching has become more sophisticated as people now watch movies on phones and tablets, making it more difficult to moderate as it’s harder to track a computer device that has no NIC card (for wired connections) as everything is wireless. A NIC would at least have a MAC address (a static number that you can’t change) which you can check by opening up one’s computer. Also suppose you have data on your phone or tablet and use that instead of the WiFi in Landers. There is more than one way to skin a cat.

Still, the Yeshiva needs to maintain the “no movies” policy as it’s still a Yeshiva. Not to knock YU, but R’ Abba Bronspeigel Shlita was famous for saying that the difference between YU and Landers was that Landers is a Yeshiva with a college program, whereas YU is a college with a Yeshiva program (different emphasis).

3. Artscroll-It Till You Make It, Buy a Jastrow, and Keep Hope

For those of us weak in learning, there’s no shame in investing in $40 for an Artscroll Gemara that will help you out with countless hours of Torah learning. For those that really want to challenge themselves with sentence structures and not rely on an Artscroll, buy a Jastrow dictionary and use that. After that just work at it. You’ll thank me later.

4. Learn How to Deal Without a Chavrusa 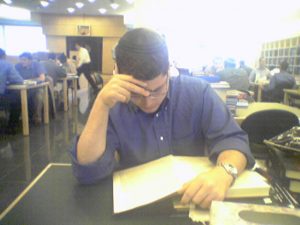 This was a pose, though I really did try to learn and make it work.

One thing I learned is that Chavrusa’s come and go to the point where there’s no one left. I was unique in that my raw Gemara skills were embarrassingly weak though my dedication was well above par. The low-level Chavrusas I was paired up with weren’t reliable and would miss Seder, and the higher-level ones asked to be switched with others since I was pulling them down. As a result, I burned out eventually (see point #1). The trick is to deal with it and worry only about yourself. I find that an Artscroll (point #3) Gemara is great in that at $40 you have a Chavrusa that won’t leave you. Sorry if I sound bitter here, but it’s the truth.

5. Learn to Cook Your Own Food, Leave Out the Alcohol

In my first semester I was on the Meal Plan. I subsequently put on 10-20 pounds. The meal plan had pizzas, lasagnas, and pancakes for lunch, and deli sandwiches for dinner. It’s many years later and I still shudder at the amount of carbs that were in those meals. Invest in a Foreman grill (Tovel it first), buy chickens from Wassermans and/or Brachs Glatt, get a good salad mix with Pareve dressing, and make your own dinners.

Another criticism (while I’m at it) was that it was difficult at 54 students to determine whose plate was for who. I don’t want to know how it is for many more students today!

As for alcoholic drinks such as beer, the school has a policy of not allowing for anything of that nature. With most students under 21 it makes sense: they don’t want anyone to get arrested while at Landers – it makes them look bad.

6. Map Out a Plan to Graduate

It helps a bit to be OCD in terms of the courses you need to take in order to graduate. If you have a game plan of which courses to take every semester, it helps you zero-in and focus on getting that degree, which bottom-line is what you’re there for, right?

7. Don’t Get on R’ Shmulewitz’s Bad Side, Rather, Try to Get on His Good Side 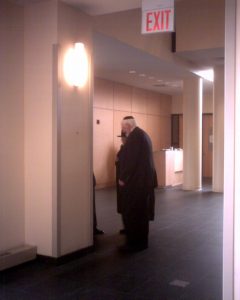 Want to survive Landers? I was actually debating if this should be #1 or #2. R’ Shmulewitz is the Menahel of Landers who has the power to “make or break” you. He’s the one who will call you out if you’re 5 minutes late (or longer) for anything. But, he loves his students (though it can be hard to see that at first).

Down the road, you will need a Shidduch reference, job recommendation or a Mesader Kiddushin for when you get married IY”H. R’ Shmulewitz is worth all the effort you put in. He’s also very open and you can ask him about anything.

8. Mesorah It for Classes

YU has/had a website called YUMesorah.com, built by someone I personally know. The idea was to get notes, past exams and evaluations for certain instructors. Today there is RateMyProfessors.com and asking Seniors for notes, past exams and papers. Whatever you can use to your advantage, take. However, use the material as study aids and models, rathar than ways to bypass that test or paper. Besides, with papers, Touro (and most other schools) have leveraged review sites like turnitin.com to curb plagiarism.

9. Make Connections With (e.g. Kiss Up To) the Rebbeim, Teachers and Students 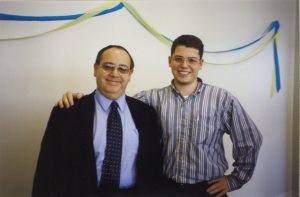 Myself at age 18 with Geoffrey Alderman at his farewell reception. Prof. Alderman was the original Dean of Landers before Dr. Sokol took over.

Life has a way of connecting you back to the ones you make connections with. You may need these Rebbeim later on to vouch for you for a Shidduch date or even a job interview. I remember that, straight out of Landers I had an interview with an uber-frum diamond company for the position of Technical Specialist (taking care of all computer equipment for a 50 person organization), and in addition to two general references, I was also required to provide two Rabbinic references. Apparently they needed to know that I would be modest and not strike up conversations with the single girls in the office. Fortunately I had two phone numbers of Landers Rabbeim on my cell phone so that didn’t take me by surprise. I ended up B”H getting that job.

10. Expect a Yeridah in Learning

This applies to both boys that spent time learning in Eretz Yisrael and not. I personally wasn’t Zoche to learn for a year in Eretz Yisrael, but I know that people that went to Israel and really grew in learning experienced a Yeridah since a huge chunk of the day was spent learning mundane secular classes. I personally reached Torah-learning highs of finally figuring out a Maharsha after hours of work that on rare occasion I even fantasized at times how it would be to take one semester off from registering for classes at all, and learn Torah during that time. Don’t worry though: you’ll get used to it eventually!

Don’t take life too seriously. It will go by just the same. The same applies in all aspects in your life.