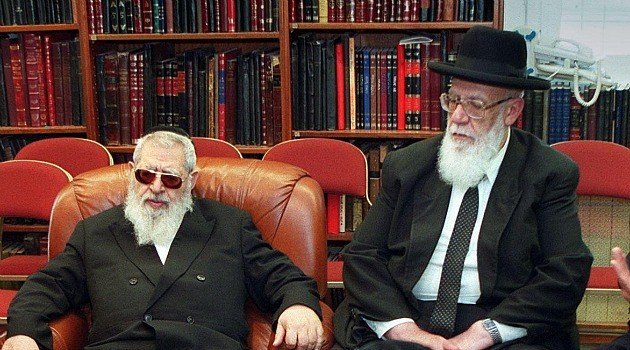 It recently appeared in the Jewish Daily Forward that Sephardic Leader Rabbi Shalom Cohen stated how women attending college might incur a Torah violation, and that they shouldn’t pursue academic studies..

First we need to define where the whole concept of “college” comes from. College is a European idea. Ashkenazi Jews by definition grew up in European countries where a high level of Westernized education was emphasized. True, there are numerous Sepharadim that go today, but many prefer to open up their own businesses where a traditional Westernized education isn’t required. Anything else is foreign to them.

Many Sepharadim have a primitive attitude towards a college education, arguing that college has no direct correlation with getting a better paying job (which they are partially right about). In addition, many of them associate college with a university outside Touro and YU, which admittedly has tons of Pritzus, poor Torah learning/values, and Greek-lettered fraternities galore. There are Hillel and Chabad houses, but many of those pale with respect to a Torah environment and education, compared to sitting in a Yeshiva environment learning intensive Torah for a good few hours. Perhaps that’s where they’re coming from.

Their attitudes toward women are also very traditional, arguing that their role is in the home and not at the workplace. In that respect, I can see how they view women attending college with such disdain. As an aside, it’s known that Ashkenazi Jews possess higher “intelligence” (http://en.wikipedia.org/wiki/Ashkenazi_Jewish_intelligence), though that claim may be distorted as this is based on Westernized Jews excelling in a Westernized educational system. Many Jews in Arab countries benefitted from a more Easternized system. Therefore, trying to integrate many Sephardim into the Westernized education system in some ways was like taking a fish out of water.