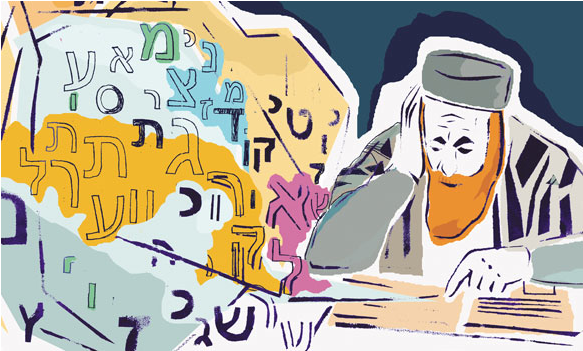 Dear Jew in the City,

Can you explain how the basic Biblical commandments re: such subjects as the kosher laws have been vastly elaborated and expanded on by post-Biblical rabbis? For example, the kosher laws as spelled out in the Bible (in which God simply says “don’t eat this”) have morphed into a mammothly elaborate set of laws requiring separate sinks, dishes, etc. Since God didn’t order this in the Bible, the only explanation can be that Orthodox Jewish believers accept as just as definitive as God’s word the teachings of their own post-Biblical authorities. Yet where in the Bible does God say that he will set up a teaching authority that can expand upon and vastly increase the requirements of the commandments?

Or to cite another example, God says to do no “work” on the Sabbath — yet the rabbis have ruled that this means you can’t tear off a piece of toilet paper on the Sabbath. I understand that the rabbis believe that this logically follows, but do Jews believe that these opinions carry divine authority? Catholics believe that Jesus specifically handed over authority to the apostles and their successors and that this is documented in the Gospels. (“Whatsoever you bind on earth is bound in heaven.”) Hence our doctrine of “infallibility.” But are the rabbis likewise considered to be “infallible” and how do you know this? Could they ever be wrong in their interpretations?

Thanks so much for any light you can shed on this,