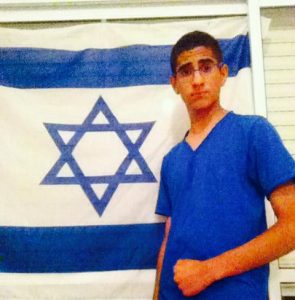 Again she denies Israel’s right of existing and self defense.

Again, MK Haneen Zoabi releases statements of encouragement & support for the Hamas’s terror against not only Our citizens, but also against those innocent Palestinians who wish to live in peace.

Freedom of speech has a limit.

Supporting terrorism is not considered as using the right of freedom of speech, its considered as an abuse of the democratic system of Israel, which is something that you have been doing always.

I Mohammad Zoabi, a proud Israeli citizen urge you to stop occupying our Kenesset seats, we need only Israelis sitting there and not traitors like you.

I’m strongly demanding you, and I do believe that I can speak on behalf of most of my Israeli people; Get the Hell out of our Country&Parliament you stinky traitor.