Prime Minister says it is time ‘to end the hostilities and then get into a situation where we have a sustainable ceasefire.’ 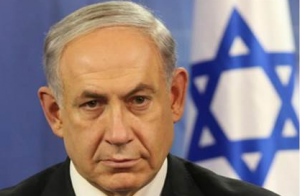 Israeli Prime Minister Binyamin Netanyahu said Sunday that an operation to destroy a network of tunnels used by militants in Gaza could be over “fairly quickly” but would not be pinned down on specifics.

In an interview with CNN‘s “State of the Union” weekly talk show, Netanyahu also called for an international effort to demilitarize the enclave.

His comments came on day 13 of the deadliest assault on Gaza in five years and as Israel said its ground operation to destroy the network of tunnels used by the terrorists to stage cross-border attacks was to “expand” later Sunday.

“We’re taking action to neutralize the tunnels and do it as long as necessary,” Netanyahu said.

But when asked later how long the destruction of the tunnels would take, he responded: “Fairly quickly.”

In that context, Netanyahu called for the demilitarization of Gaza.

“Gaza, under all the previous agreements should have been demilitarized. Instead of being demilitarized it became an Iranian financed and equipped fortress of terror with thousands and thousands of rockets and other weapons being smuggled and developed in it. That has to stop. Those tunnels have to be shut down.”

“I think the international community has to, once this is put in place, we really have to undertake a program to demilitarize Gaza and to change the situation because it’s unacceptable,” he added.

As Israel stepped up its offensive, 87 Palestinians were killed in Gaza, bringing the total number of casualties to 425, according to figuresprovided by an emergency services spokesman. On the Israeli side, the death toll stood at seven.

In an interview with the BBC on Sunday, Prime Minister Binyamin Netanyahu had a special message for Gaza residents: Get rid of Hamas before they get you killed. “We are shooting only at the sites where terrorists are shooting at us,” Netanyahu said. “We have asked the civilian population to leave, but Hamas is making them stay, turning them into human shields.”

As Netanyahu spoke in the interview, Hamas was in the midst of violating yet another “humanitarian” cease-fire that the terror group had requested. Via the Red Cross, Hamas asked for the cease-fire to allow it remove dead bodies from the Shejiaya neighborhood in Gaza, where fighting has been heavy since Saturday. After initial hesitation, Israel greed, and Hamas fired several rockets at Israel during the period of the cease-fire.
Regardless, Netanyahu said, Israel was doing its best to spare civilian lives. Israel regretted every civilian death, the Prime Minister said, urging Gaza Arabs to take themselves out of harm’s way. “Don’t stay there,” Netanyahu addressed Gaza Arabs. “Hamas wants you to die, we want you to be safe. Hamas is responsible for the tension, and for the harm to civilians.”

← Gazans Continue to Receive Medical Care in Israel Despite the Shelling of Israel from Hamas Rockets
Netanyahu: Israel Engaged in Historic Battle for its Home →