By Ari Soffer and Shlomo Pitriokovski 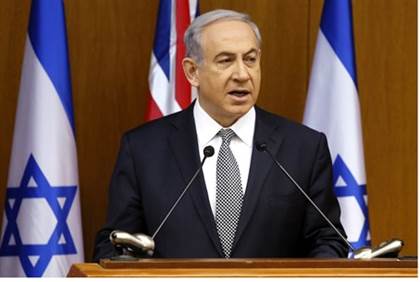 Prime Minister Binyamin Netanyahu opened a special cabinet meeting at the Knesset in Jerusalem Thursday by vowing that the IDF’s defensive operation in Gaza would continue “at full strength”.

“The IDF has struck a significant blow to Hamas,” the prime minister said, adding that “we will continue at full strength in both the air campaign and land campaign.”

Netanyahu said that the main emphasis of the IDF operation was to locate and destroy the vast network of “terror tunnels” dug by Hamas from Gaza into Israel in order to facilitate attacks against Israeli security forces and civilians.

Since the start of the ground phase of Operation Protective Edge, Israeli forces have located 31 such tunnels, 11 of which were in active use at the time. Terrorists have attempted to utilize the tunnels to attack Israeli communities near Gaza since the ground operation began, but were intercepted each time by IDF soldiers.

Last night, soldiers from the Paratroopers Brigade apprehended two terrorists as they emerged from one such tunnel inside Gaza. The two were detained and handed over for interrogation.

In another incident, soldiers opened fire on a terrorist wearing an explosives belt. After identifying that he had been hit, forces closed in on the target – and discovered two separate tunnels in the vicinity.

Netanyahu also addressed the decision by the US Federal Administration Agency to lift its two-day flight ban to Israel, as well as similar decisions by European airlines, saying Israel’s efforts to convince them into reversing their decisions had “borne fruit”.

The prime minister also thanked the Defense Minister, IDF Chief of Staff and soldiers on the ground for the ongoing operation to protect Israeli civilians from Gazan terrorists, and paid tribute to those who had lost their lives in the operation.

“In the name of the entire nation I wish to convey my condolences to the… bereaved families; to the fathers and mothers of our mighty soldiers who gave up their lives for the protection of the people of Israel,” he said.

“I want to thank the citizens of Israel who revealed so much support and love for the soldiers of the IDF. Our strength is in our unity.”

← What this Druze Family Restaurant in Israel Did for the IDF Soldiers Will Make Your Heart Melt
Kosher V.S. Halal – Tale of the Tape – Islamic and Jewish Dietary Laws →