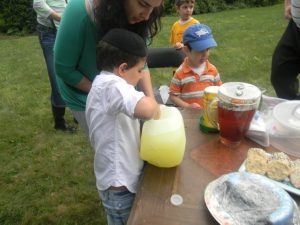 With rallies for Israel taking place throughout the country, including one at the Mandel Jewish Community Center in Beachwood, many people are helping the Jewish homeland. Even children can make a difference.

University Heights residents Rivka Joseph and her son, Mendel, 5, raised $1,075 for the Israel Defense Forces when they hosted a lemonade stand July 27 and July 28.

On the way home from the July 22 JCC rally, Mendel asked his mother about selling lemonade and cookies for Israel. She said Mendel is constantly coming up with ideas, some good and others a bit quirky, but this one, she thought, was amazing. It was also practical because not only did it aid Israel, it was fun and easy, she said.

“He is always coming up with business plans. That’s how his mind works,” she said.

Israel already has a special place in Mendel’s heart, Rivka said. One of their neighbors recently made aliyah and is a paratrooper in the IDF. Mendel is always inquiring about him.

Once she realized how passionate Mendel was about holding the event, Rivka posted it on Facebook and asked if anyone wanted to participate. Ezzie Goldish replied and his family hosted the stand in front of their house. People made brownies, cookies and banana bread and local bakeries provided food as well. Additionally, many donated money.

Mendel, who had an awesome time and filled his stomach with cookies, was happy with how everything went.

“I wanted to give money to Israel,” he said. 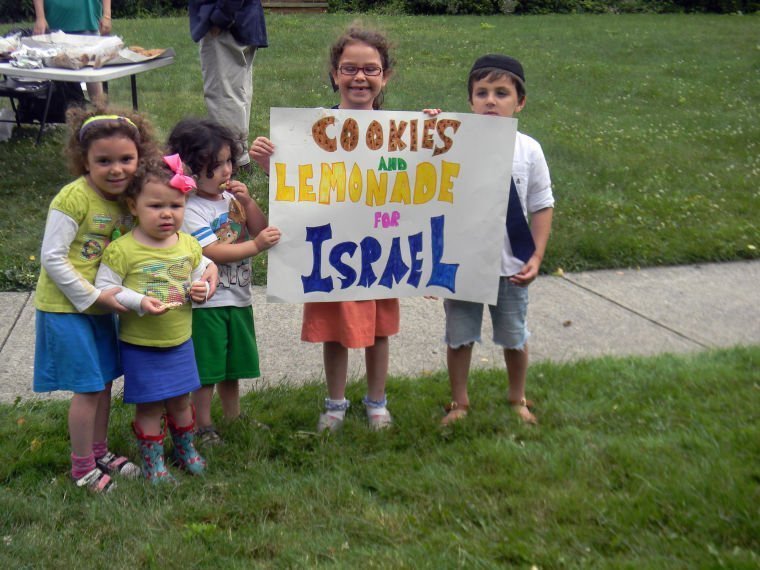 Elissa Friedner and her three children attended both days and had a blast. She was quite impressed with the 5-year-old’s ambition and initiative.

“I want to support the IDF and Israel,” she said.

Although the weather wasn’t cooperative the first day, the place was jam-packed the second day and food ran out by 6:45 p.m. Even so, Rivka Joseph said some people still dropped by and gave $100 bills. That was unbelievable, she said.

“I’m really happy with the results,” she added.

← Rocket Next to a Fuel Tank Unexploded…Another Open Miracle in Israel
Story – Saved by Shmura Matza! →