There has been a lot of publicity surrounding the removal of a certain writer’s blog due to incendiary remarks on when Genocide is acceptable. The fact that such a thought could have been publicized was the cause for real concern and gave both them Times of Israel and the Five Towns Jewish Times every right to discontinue the respective blogs of this writer.

We live in a wonderful society that promotes the freedom of speech and expression. Drawing from personal experience though, “freedom of speech” per se only refers to whether police officers will arrest you or not based on what you say. It does not mean that your reputation is at stake, along with your group of friends, family, and livelihood, among other things.

Another thing: blogging on your own blog platform is within your rights: if you want to make a fool out of yourself do so at your expense, with potential consequences as above. However, blogging on someone else’s platform, let alone the platform of a major news site, is a privilege that should be honored. 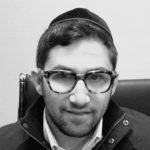 To quote Tobey Maguire from the 2002 Spiderman movie: with great power comes great responsibility. When you are publishing your material on a high-profile website, that’s power. It therefore is your responsibility to keep the material as Pareve and non-incendiary as possible.

What’s all the more disturbing is that upon seeing a cached version of the article and the blogger’s profile, he outwardly presents himself as a Torah-observant Jew, albeit a young one, wearing a large velvet Kippah “to boot.” My personal guess is that he was testing the waters, wanted to generate a lot of personal traffic, and offended the wrong people, culminating in a massive Chillul Hashem. Times of Israel is not only read by Jews, as the Facebook comments clearly suggest, and therefore great care needs to be taken in terms of what is publicized and what is not.

Let me make my thoughts known here: genocide is not an option, no way no how. To even consider it would really make Jews look like the Nazis Yimach Shemam V’Zichram (erase their names and memories). This applies even when a whole group of people are taught from an early age to disregard life to such a degree. There are other consequences to consider besides the murdering of an entire population of people.

I hope this young man has learned his lesson. As a blogger myself, I know what it’s like to experience withdrawal from posting on a platform I enjoy. I also know what it’s like to write a stupidly-written blog posts without prior editorial review. If I were the website owner and he came back to me with an apology, wishing to post again, I might consider after 30 days the first time, 90 days a second, and then after the third time then ban the blogger completely – three strikes and you’re out. All of this of course would need to be done on a case by case basis.

My proposed model is based on the model offered by Major League Baseball regarding the usage of illegal steroids. The first time one is caught results in a 50 game suspension. The second results in 100 games and the third results in a lifetime ban. I see a parallel here since, just as with steroids the player is using the MLB platform to his personal advantage while potentially tarnishing the game’s credibility, with harmful, “edgy” blogs the blogger is using an established platform to his personal advantage while potentially harming the websites’ credibility.

I’d love to hear some feedback, since as Jews we are always the first to talk about Teshuva. Let’s see if in this particular case, this can be put into practice.

← Rabbi Warns: Lose Your iPhone or You’ll Lose Your Wife and Kids – Rabbinic Terrorism
An Unbelievable Comment About Sacrifice from an IDF Warrior →