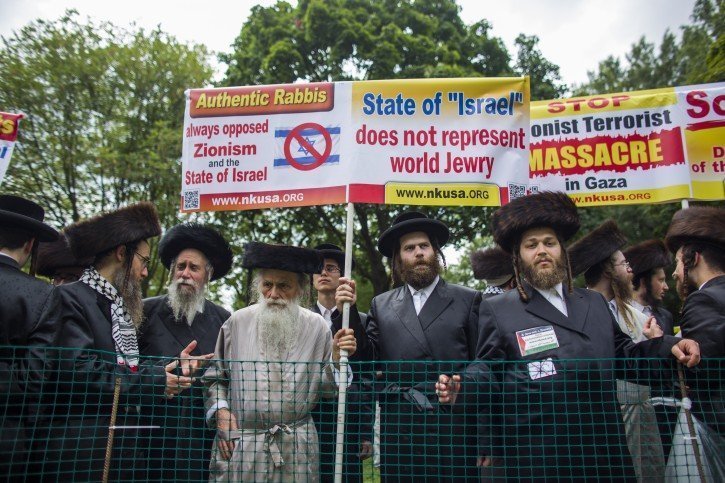 Washington – Thousands of demonstrators waving Palestinian flags and dressed in the flag’s green, red, white and black colors filled a square outside the White House and marched around the nation’s capital to support ending violence in Gaza.

Demonstrators on Saturday carried signs including: “We stand with Gaza,” ‘‘Free Palestine Let Gaza Live!” and “Stop the Massacre of Gaza.” The group’s chants could be heard from the north lawn of the White House, but President Barack Obama was not at home.

According to AFP, many of the protesters voiced anger at Netanyahu, with one waving a banner that read “Netanyahu and Hitler are the same, the only difference is the name.”

Among the demonstrators was Tariq Abu Khdeir, the Palestinian-American teenager from Florida who was arrested, and he says beaten, by Israeli security forces.

A handful of ultra-Orthodox Jews dressed in their Shabbos garb from the anti-Zionist’s group Neturei Karta were among those in the demonstration.
An approximately 20-person group of Israel supporters also turned out, and the two groups exchanged shouts.

← Be Like Mikemoud: Perhaps Nike Should Teach Them A Lesson?
The Gates of Heaven – For the Fallen Soldiers →