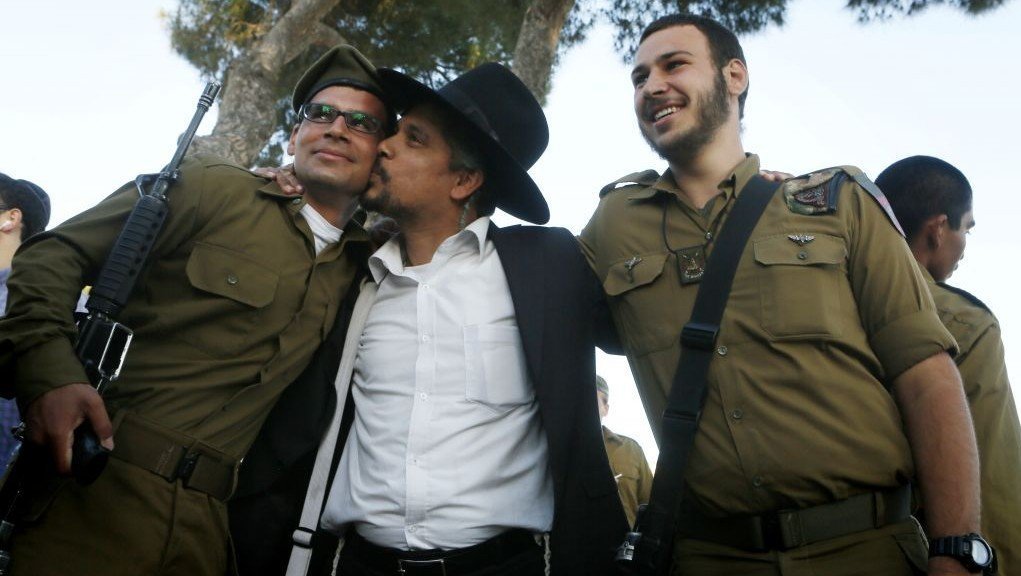 ‘We want to show both the army and our own public that there is a different way of doing things,’ says Haredi coordinator

An unusual advertisement appeared on a number of ultra-Orthodox websites at the end of last week. “A group of Yeshiva students is organizing to volunteer with the reserves. Want to join?” it read.

“We believe that the people of Israel are in the midst of an obligatory war against ruthless enemies who seek to annihilate us,” the ad continued, using biblical language for a battle that all Jews are obligated to fight.

“We believe it is a great privilege to join the military effort, in addition to our important contribution through Torah study. We too yearn for this precious mitzvah.”

The message was an outlier in a community where army service is still taboo. Israel’s ultra-Orthodox, or Haredi community, which comprises 10 percent of the country’s total population, has traditionally shied away from service. From the founding of Israel until this year, Haredi men could postpone their mandatory military conscription indefinitely, as long as they were registered for study in a high religious institution, or kolel. This de-facto exemption ended when a new universal conscription law drafted by Benjamin Netanyahu’s coalition passed in the Knesset on March 12. A three-year transitional period, ending in 2017, allows men exempted from service in the past to continue avoiding the draft.

“There is no risk of the army drafting you for service if you’re exempt, or that you will get stuck in the army against your will,” the advertisement reassures worried inquirers. 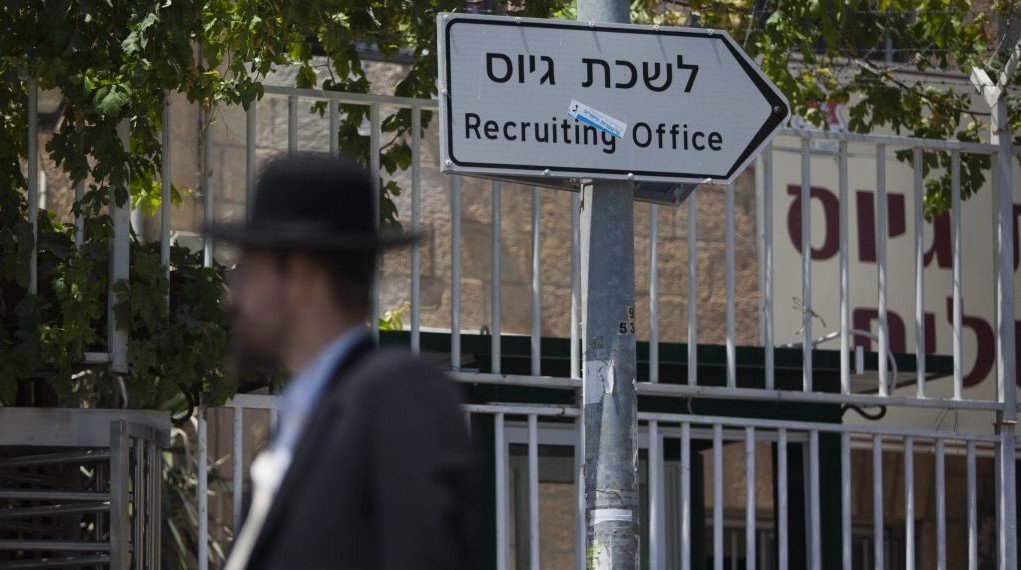 Yossef, a 40-year-old father of six from Jerusalem who serves as the initiative’s publicity coordinator, told The Times of Israel that the online campaign has garnered 500 volunteers since the ad went online Friday, with new people stepping forward every day.

He estimated that a total of 1,500-2,000 will end up signing on for two possible tracks: a combat track for younger, unmarried men to be trained with new immigrants and to join existing fighting units; and a shorter track for older volunteers, comprising multiple-day basic training followed by a commitment to volunteer in the reserves 12 days a year for five years.

He said senior officers within the military have expressed excitement about the idea. A request to the IDF Spokesperson’s Unit for comment was not answered.

“The volunteer position must be significant, otherwise it’s pointless,” Yossef told The Times of Israel. “It’s not just something symbolic for us to check off and say, ‘Look, we came to serve in the army.’ People really want to contribute, and not simply as watchdogs in some remote installation. The volunteers also need satisfaction in their work.”

The initiative was the brainchild of five adult students based in Jerusalem, who have long debated the idea of volunteering for the army. The kidnapping and killing of three Israeli teenagers in June, and IDF Operation Brother’s Keeper, which ensued in the West Bank, spurred them into action.

“The ultra-Orthodox see those giving their lives in battle and want to contribute too,” he said. “It’s true we feel that the study of Torah is the greatest contribution we can make to the people of Israel, but one doesn’t replace the other. [Military service] doesn’t contradict our contribution through Torah study.”

But volunteering for the army is, Yossef acknowledged, also a show of defiance against a government that has decided to shove service down their throats. If Haredim were given a mass exemption from the army, many would volunteer to serve in the IDF and join the workforce, and “70 percent of yeshivot (religious institutions) would empty,” he said.

“We wanted to show both the army and our own public that there is a different way of doing things,” Yossef added, withholding his real name and the names of the other initiators, for fear of an angry backlash from hardliners within his community. “The forced draft is a big mistake on the part of the state, but no one — neither the rabbis, nor anyone else — can say anything against volunteering for the IDF reserves. It’s just like volunteering with the police, Magen David Adom (the Israeli ambulance service) or Zaka (the Haredi disaster victim identification organization). It doesn’t harm the Haredi lifestyle.” 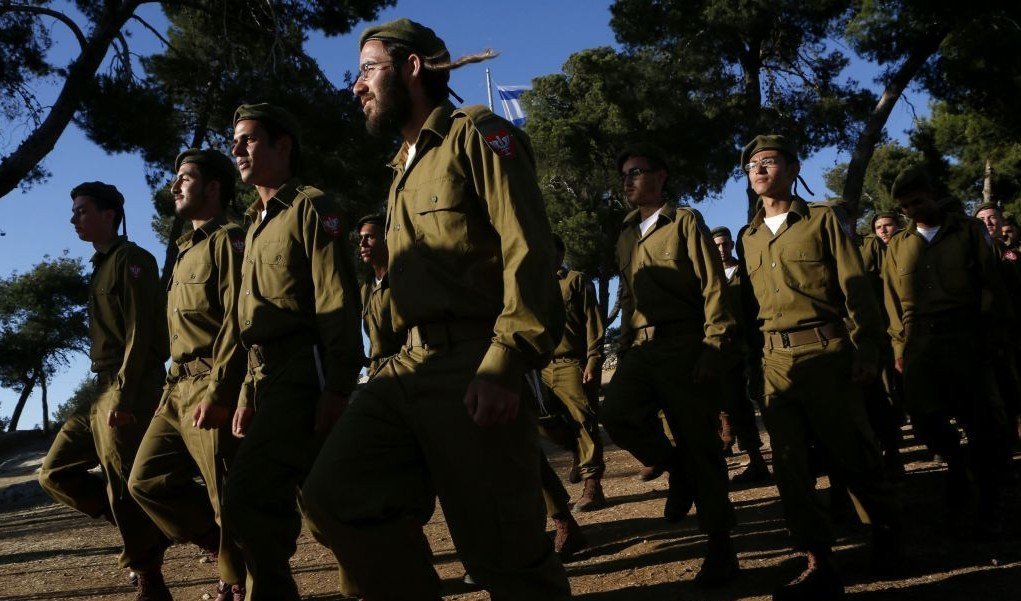 The IDF has been trying to convince the ultra-Orthodox for years that military service and the Haredi way of life are not mutually exclusive. In 2002 it created the Netzah Yehuda Battalion, formerly known as Nahal Haredi, where ultra-observant men can volunteer to serve as combat soldiers in a unisex environment, eating strictly supervised kosher food and dedicating time for prayer and Torah study. But critics of the program say it caters to those on the fringes of Haredi society, not those at its heart.

Yossef believes that the volunteer track into the IDF will prove much more successful in the long run than the draft approved by the Knesset earlier this year. For that reason, he opined, some elements in the Haredi community fear this experiment. Dozens of hate messages have arrived with the online application forms over the past week.

“If we expose any names, those people’s children will be thrown out of their Haredi schools because the extremists will go threaten the schoolmasters,” he said.

“It’s not a simple thing we’re doing,” concluded Yossef, one of relatively few Haredim who served in the IDF and reserves. “But it’s very inspiring. Even though I’ve been discharged, I think I’ll join the first training course. This is something special.”