Peace has descended upon southern Israel. The war is over. Finally. Hopefully. No more rockets flying overhead. No more air strikes on Hamas targets. No more artillery battles in urban Gaza neighborhoods. Hopefully, the underground tunnel terror network is impotent by now.

We can all breathe a collective sigh of relief.

The worst time for the public to analyze the cost and benefit of a war is during a war. Emotions are high. Armchair analysts have almost no way of influencing war policy and the analysis is undoubtedly missing key data and driven purely by ideology. But now that it’s over, I think it’s time to ask the question. There is only one question to ask now.

Was it worth it? 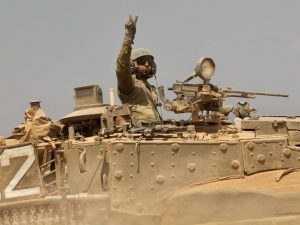 Two months ago, there was relative quiet in the region. A kidnapping and murder in June changed everything. Israel responded, Hamas escalated, and suddenly we were at war. Hundreds of people were killed. Lives have been changed forever. War comes at a great cost. For people like me, who want to avoid that cost unless absolutely necessary, the war became a great internal moral struggle.

All I could think about, was how many Israeli lives were lost in the war? How many innocent Palestinians were lost? Are those numbers higher or lower than the number of lives that would have been lost if there had been no war?

To me, that is the only thing matters.

Israel championed the terror victims admirably. Vowing to neuter Hamas, the IDF has operated in Gaza several times over the last decade. During these incursions, dozens of Israeli soldiers have died. Several thousand Palestinians, innocent and guilty, have been killed.

Again, I ask this question, because it’s the only question that matters. War is a last resort for Israel and it can only justify war if the fighting will reduce death. Israel calls its army a Defense Force for a reason.

Prior to the discovery of the tunnel terror network, I privately feared that the war was actually causing more death than it was sparing. The status quo didn’t seem so terrible. But the war was taking the lives of far too many soldiers and Palestinian civilians. Their blood is just as red as the rest of us. I didn’t think it was fair for soldiers and innocents in Gaza to die unless their death was part of a cause that was saving the lives of others. Every time a soldier was pronounced dead, I flinched in pain. Every time I heard of the civilian casualties in Gaza, I shuddered.  It didn’t make sense to me.

Then we found the tunnels. The tunnels justify everything. A well-organized terror operation would have killed thousands of innocent Israelis. It’s impossible to think that the extensive tunnel network was simply an elaborate underground system for smuggling goods into Gaza. It was almost certainly part of a plan to kill Israelis. Finding and destroying those tunnels cost us many lives. But it seems very likely that it saved far more lives.

War is terrible. I am extremely uncomfortable with war. The only way for me to reconcile war in my mind is to see the benefits of war outweighing the cost. For much of this conflict I wasn’t sure if the benefits outweighed the cost. Now I am sure.

Rest easy, my fellow doves. The war is over. And it was worth it.